Leaders Need to Be Challenged

“Without contraries is no progression. Attraction and repulsion, reason and energy, love and hate, are necessary to human existence.”
— William Blake, 1790

In years past, the reward for being a naysayer or whistleblower was often paid not with 30 pieces of silver, but with the one-time fee of your head.

One tradition in the Catholic Church led to thoughtful debate and dialogue, and it serves as a reminder of why leaders need to hear “no” with regularity.

“Quarreling must lead to disorder, and disorder exhaustion.”
— Xunzi, c. 250 BC

You’ve probably used the term “devil’s advocate” before, meaning that you’re taking up an opposing viewpoint for the sake of playing out a mini-debate with someone.

A devil’s advocate doesn’t necessarily espouse the position they’re staking out, but they present it for the sake of argument, to ensure their partner in rhetoric is thinking through their position.

Now, let’s be clear: this is different from being an outright antagonist.

An antagonist counters every position and makes arguments purely for the sake of doing so, with no intended outcome other than to fluster or simply be negative. He is a contrarian for a contrarian’s sake.

A devil’s advocate has a much more strategic and intentional role. The phrase has its roots in Roman Catholicism, from the process of beatification or canonization of saints.

The Promoter of the Faith was an official position within the Catholic Church. More popularly known as Advocatus Diaboli (“Devil’s Advocate”), he was tasked with critically examining the life of and miracles attributed to individuals proposed for sainthood.

As Devil’s Advocate, the canon lawyer attempts to poke holes during presentation of facts to point out everything unfavorable to the candidate.

Pope Sixtus V formally established the office in 1587, although it was on record as having been used under Leo X (1513 – 1521). The office was abolished when Pope John Paul II revised the canonization procedures in 1979.

The phrase survives to the present day, as you know, and it’s a practice that happens in plenty of meetings (“Let me just play devil’s advocate for a moment,” is how it usually plays out.).

It’s a healthy exercise for every leader to undertake: to invite peers and subordinates to challenge you. It keeps you on your toes and requires you to justify your decisions and rationale.

The best leaders encourage others to challenge them.

“Do we want laurels for ourselves most,
Or most that no one else shall have any?”
— Amy Lowell, 1922

From Devil’s Advocate to Sycophant

Let’s flip this on its head. There are leaders out there — I’ll bet you can think of some without too much effort — who refuse to allow dissent.

Thin-skinned, praise-hungry, and incurably insecure, the weak leader must be propped up, fluffed, and reassured.

Such leaders will not be challenged, and their meltdowns and tantrums disabuse subordinates and colleagues of the very notion of countermanding them.

“Newly revealed texts in his legal battle with Twitter show pals like Joe Rogan, Jack Dorsey, and Larry Ellison encouraging the Tesla chief to take over the social media company. “It was just fawning over Musk,” said one investor.”

Or Senator Mitch McConnell’s profile in cowardice (as well as nearly the entire Republican party’s silence over January 6th) after former president Trump said the senator had a “death wish” and insulted his wife with a racist slur.

The war in Ukraine is not going well for Russia, but no one will tell Vladimir Putin that. 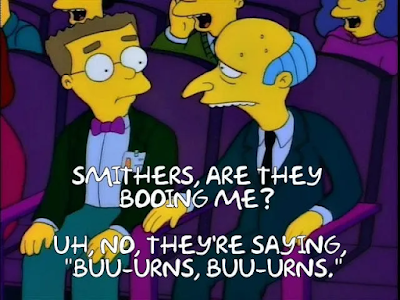 This kind of leader has no use for a devil’s advocate. Their vizier takes the form of a sycophant.

For it is the sycophant who blurs all negatives, obliterates opposition, and obfuscates reality.

The leader, so desperate for that which soothes his damaged soul, welcomes this fantasy world and ignores the challenges that are evident to everyone around him. And the “yes men” are only too willing to oblige.

This inner circle finds a way to survive and even thrive under such leadership, and tries to work the system for its own benefit.

Often such suck-ups will give the boss exactly what he wants to hear, in exchange for favorable treatment for themselves.

President Franklin Roosevelt relied on the advice and counsel of Harry Hopkins, his most trusted advisor. One day, Wendell Wilkie, the Republican nominee for president in the 1940 election, asked FDR why he put his faith in Hopkins.

“Someday you may well be sitting here where I am now as president of the United States. And when you are, you’ll be looking at that door over there and knowing that practically everybody who walks through it wants something out of you. You’ll learn what a lonely job this is and discover the need for somebody like Harry Hopkins who asks for nothing except to serve you.”

There’s a fine line between an antagonist and a sycophant. One provides a hard “no” to halt us in our tracks and the other showers us with many a “yes,” to simply grease the skids.

A devil’s advocate is more independent and meant to ask questions and to make us think for ourselves. Trusted advisors can serve as devil’s advocates, as they have a sense of independence and the ability to listen.

Trusted advisors may not have all the answers, but they raise important questions.

Every C-suite member should have an advisor who asks great questions rather than just provides answers.

Who’s pressing you with questions?

Ultimately, the decisions we make rest with ourselves.