“It is one thing to show a man that he is in error, and another to put him in possession of truth.”
— John Locke, 1690

If you’ve been following along here, you know that my last two conversations on the podcast have centered on deeply emotional subjects: leading from the heart and trusting and inspiring.

Both require leaders that embrace empathy and care deeply about the people in their charge. Today’s newsletter follows that same pattern.

And it’s been a particularly difficult one to write — perhaps in part because of a topic that’s turned out to be divisive, but also because I feel as if it’s deeply personal.

So I hope you’ll bear with me as I reflect on what it means for a leader to share hard truths, how an experience from my adolescence left a deep and lasting impact on my thinking, and the reality of a recent speech landed with me.

And if you make it to the end of the essay, I have some links to additional reading and listening that complement it.

One of the most difficult duties of any leader is to be honest with their people when facing a challenge.

It might be a conflict brewing with a problematic employee, or financial crisis requiring layoffs, a looming public health crisis, or the specter of changing an entire way of life.

Each of these situations can be terrifying—paralyzing, even. But none of them will ease if we don’t acknowledge them head-on and make a plan.

You can’t lead by ignoring reality.

Even when the reality is more insurmountable than you think.

In fact, that’s especially the time to step up, trust your people, and create a path forward by committing to working together.

Great leadership understands that we can accomplish more by collaboration than when we try to go it alone.

I was first exposed to this essential truth as part of a student leadership experience.

An Early and Personal Experience with Civic Collaboration

I don’t talk about this much (or at all, really), but I had an encounter in my youth that left me deeply patriotic.

In fact, as I think  about it, this may be one of the driving forces that causes me to reflect and write about issues of national importance with respect to leadership.

My patriotism doesn’t look like the flag-waving (or -wearing) in-your-face America First brand of patriotism. In fact, I find that a little too performative for my taste.

“Patriotism is a lively sense of collective responsibility. Nationalism is a silly cock crowing on its own dunghill.”
— Richard Aldington

I hold deep regard for our system of government, granted to us centuries ago: one that began as a crude block of marble, was shaped into a discernable figure, honed over the years, as we strove for that “more perfect union” that we claimed in our founding document.

That regard began in a small town in Connecticut, where I marched in parades and attended the annual Memorial Day ceremonies on the town green, with “Taps” playing from afar after a reading of “In Flanders Fields.”

As a junior in high school, I was called to the office of Mr. Cecchini, our vice principal. Mr. “C,” as we called him, was something of a dean of students, primarily in charge of discipline, so I wondered what infraction could have been severe enough to land me there; the worst of my infractions involved the laughter resulting from my in-class witticisms.

This visit was different, though.

Mr. C said, “Congratulations, Scott. You’ve been selected by the faculty to represent our high school at Boys State” — the leadership program developed by the American Legion to educate students on local, county, and state government.

That summer, as I observed and participated in the formation of teams, platforms, and governments, it gave me a deep appreciation for the system and the fundamental truth that it does not revolve around any single person.

In that moment, the first notes of the song of patriotism played in my heart — a song with chords of ethics, spirituality, and collective responsibility.

That tune still echoed my head and heart in graduate school, when I got a job with the Department of Veterans Affairs as a writer on the National Health Care Reform project.

Every day, as I walked the halls of the VA hospital in Boston, I saw veterans who were the personification of the collective responsibility of patriotism.

Then, like now, I found it difficult to talk about it. I don’t know why. My heart swelled in my chest. I felt profoundly grateful for their sacrifice.

And yet, I couldn’t muster the words to explain to them the full measure of how much I appreciated their service.

In my experience at Boys State and at the VA, I realized that there are precious few people who take enough interest in a process that affects us all. Most people would rather go through life with the assumption that what we have will always be there, as if guided by some civic autopilot.

It requires us to step up to address issues. To have the hard conversations rather than stepping back and hoping for the best.

Fast forward to a few years ago. I had served as an executive at Ford Motor Company and had amassed a decent following online, and I was always willing to speak up and engage with people.

Some people had encouraged me to remain neutral or to keep my opinions to myself. But with the eyes and ears of so many people, I felt bound by honor and duty. With great power comes great responsibility, as the saying goes.

In Adam Smith’s Theory of Moral Sentiments, Part III addresses “Our Own Sentiments and Conduct, and of the Sense of Duty,” noting how there is something inside of us that sparks this collective responsibility:

“[W]hen we prefer ourselves so shamefully and so blindly to others, we become the proper objects of resentment, abhorrence, and execration.”

“It is not the love of our neighbour, it is not the love of mankind, which upon many occasions prompts us to the practice of those divine virtues. It is a stronger love, a more powerful affection, which generally takes place upon such occasions; the love of what is honourable and noble, of the grandeur, and dignity, and superiority of our own characters.”

Smith’s words remind us of the greater good, of honor and dignity, and of principles and virtues that transcend any particular moment in time.

They speak to a duty each of us has.

Leaders Have a Responsibility

In his inaugural address, Joe Biden made a promise to the American people. Taking office in a tumultuous time, following the Capitol insurrection of January 6th and amid a pandemic, he declared his intention:

I will always level with you.

I will defend the Constitution.

I will defend our democracy.

I will defend America.

And in his speech at Independence Hall last week, he was true to his word; he did level with us and he defended all of the above. It was an extraordinary speech — one that no president should have to give, as Tom Nichols wrote.

There were howls from certain corners, but my recommendation is to read the speech yourself.

“equality and democracy are under assault. We do ourselves no favor to pretend otherwise…Too much of what is happening in our country today is not normal.”

There it is. We do ourselves no favor to pretend otherwise. This is not normal.

After ripping off that Band-Aid, he began to lay the foundation, noting

“the power we have in our own hands to meet these threats, and about the incredible future that lies in front of us if only we choose it.”

Then he a few things to inspire and build trust:

“But together — together, we can choose a different path. We can choose a better path.  Forward, to the future. A future of possibility. A future to build and dream and hope.”

He chose to place his trust in Americans:

He underscored our universal values:

“We are still an America that believes in honesty and decency and respect for others, patriotism, liberty, justice for all, hope, possibilities.”

He pledged his support and asked others to join him:

“Look, as your President, I will defend our democracy with every fiber of my being, and I’m asking every American to join me.”

While cynicism might run the world, he reminds us that idealism changes the world.

And he underscored the reason for his optimism by recognizing the greatness in others:

“I’ve never been more optimistic about America’s future.  Not because of me, but because of who you are.”

Good leaders have empathy, which allows them to have conversations about hard truths. People deserve to hear the truth so they can make informed decisions, and empathetic leaders care about their people. 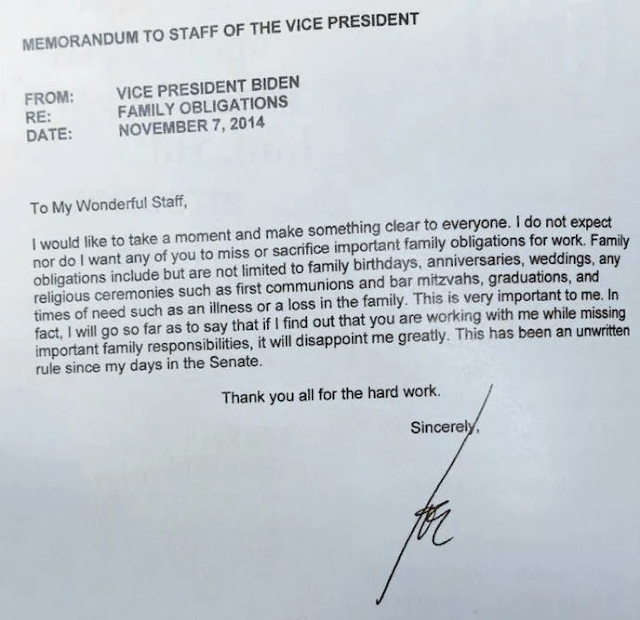 So pardon me if I got too political here. It’s my patriotism coming through.

And that’s the hard truth.

Collaboration with Alan Mulally
The Everyday Patriot with Tom Morris
Lead from the Heart with Mark C. Crowley
Trust and Inspire with Stephen M.R. Covey