Menu
Home » crisis » leadership » strategy » How to Respond to the Unexpected

How to Respond to the Unexpected

“So the universe is not quite as you thought it was. You’d better rearrange your beliefs, then. Because you certainly can't rearrange the universe.” — Isaac Asimov, 1941

Part of being a leader — or frankly just part of life — is understanding that things don’t always go as planned.

Case in point: I was going to be a doctor.

If it wasn’t for that science thing.

More on that, plus four things to know when preparing for disruption, after this story.

David had to make some changes to his life as well, altering a course that had been set out for him by his parents.

His father was cold and distant — a man who valued his reputation above all else, including the happiness of his family. He believed in duty first, and keeping his word.

David’s grandfather was more closely aligned with David’s own personality. He was a man who knew how to live life to its fullest: he enjoyed the outdoors, was an avid sportsman, a gourmand, and a ladies man. David emulated him.

He stayed out all hours, wore garish clothes, and kept company with less than desirable people. Nor did he take any pains to hide it; to him, this was who he was — not the cold, old-fashioned and emotionless persona prescribed for him.

As you can imagine, it got back to his father, who was less than pleased. Didn’t David understand how this reflected on him and his family? Didn’t he know that in his time, one doesn’t stray from the world of arranged marriages and predestined career paths?

David didn’t care, nor could he hold back any longer. He knew that it wasn’t the life he wanted, consequences be damned. And he said so, breaking his father’s heart in the process.

Indeed, the old man died not long after hearing it. Fortunately, he didn’t live to see what could come next: David left the family business and eloped with the woman whom his father had said disgraced the family name.

David did alright for himself, earning a reputation as a man who valued love over duty. A man who gave up everything for the woman he loved.

You see, David was Edward Albert Christian George Andrew Patrick David Windsor — the second monarch in the House of Windsor, who served as King Edward VIII for one year, abdicated the throne before his coronation, becoming the Duke of Windsor and then marrying the twice-divorced Wallis Warfield Simpson. 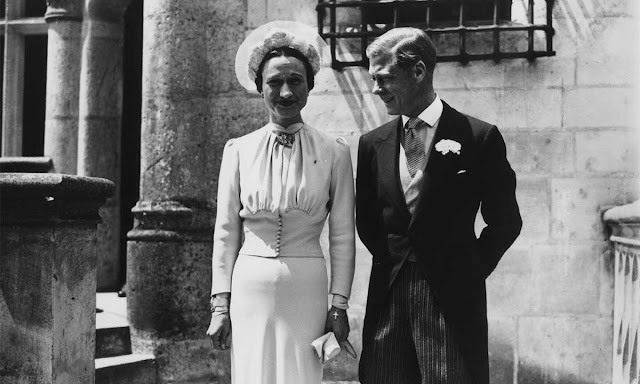 “The best-laid schemes of mice and men
Go oft awry,
And leave us nothing but grief and pain,
For promised joy!” — Robert Burns, 1785

Life doesn’t always work out the way we think it will. And so, we trim our sails and adjust our rudder.

I had intended to be a pediatrician. I took all of the necessary courses and did the prep work: I was pre-med in college (with a classics major and a biology minor), president of the Pre-Med Society, took the MCATs… I even participated in a summer internship at Hartford Hospital, doing rotations across multiple departments and completing a research project in hematology/pathology.

Then, as I found myself halfway through the courses of the first year of med school (the big ones: biochemistry, physiology, anatomy) I realized I just couldn’t do it.

While I enjoyed the personal side of medicine — taking histories, getting to know patients, watching them respond — the science part of it was too much. I just didn’t think that way. And in speaking with many practicing physicians, I found that the job satisfaction rate at the time was about 50 percent.

And so, not wanting to completely throw away what I started, I determined what I would do next. At the time, headwinds of change were blowing across the field of medicine: managed care was on the horizon. So I turned my accumulated work into a master’s degree in medical science, coupled it with and M.B.A. in healthcare management, and sailed off to the business side of medicine.

How did I end up coaching and advising clients on leadership and communication, you ask? That’s a story for another time.

The lessons for those changes are the same as they were for my first pivot:

Understand what your true north is — what guides you, what keeps you true to yourself. That will help you determine what might be a fad or distraction.

My own purpose revolves around empathic leadership, helping people become better versions of themselves.

Knowing your purpose is a good first step, but without a plan, your purpose doesn’t have a chance of being expressed. With a goal in mind, you can construct a path to get there.

3. Anticipate disruption to the plan

We like to think of our plans as bulletproof; however, nothing in this life is certain. While you don’t want to be tepidly working toward something, you do need to ensure there’s an off-ramp in case things diverge from your plan.

In that case, you need to acknowledge the reality, however painful it may be, and develop a plan that still addresses your purpose but that hews to conditions around you. Admiral Stockdale knew how to do that.

“May you live in interesting times,” as the Chinese curse goes. “Changing times” might be equally as relevant.

And you can guarantee that you will live in such times, as change is constant.

As a leader, you need to ask yourself how you’ll respond to the change that greets you.

👉 Premium Members receive an additional related essay, plus curated links, stories, and audio and book recommendations every other week. And the latest feature: regular Office Hours every week to explore a topic together.

Join tens of thousands of others on this journey:
Posted by Scott Monty
Labels: crisis, leadership, strategy
at 8:00 AM