The Role of Wisdom: Information or Transformation?

How do you define wisdom?

For thousands of years, wisdom has served as a topic of philosophical discussion. Like other complex and nuanced terms, it’s less easily defined than it is recognized.

That is, we can better understand wisdom when we see examples of it.

When we look to leaders to be examples to us, we’re tacitly seeking evidence of their wisdom through their decisions and communication. We then relay those anecdotes to others to share that wisdom and build confidence in our leaders.

Mitch Albom did this extraordinarily well in his bestseller Tuesdays With Morrie. He reconnected with an old professor of his, Morrie Schwartz, who was dying from ALS.

In a series of discussions over the course of less than a dozen visits, Morrie conveyed wisdom to Mitch in his observations about life and his ability to focus on what mattered. And Mitch shared those profound lessons with us in his book.

In that spirit, I came across an example that helps to convey wisdom. It’s from my friend and colleague Tom Morris, a public philosopher.

I’m not a philosopher myself, although I was philosophy-adjacent as a classics major. We dabbled in enough philosophy to get us by. So I respect and admire the work of true philosophers like Tom.

Tom posted something last week that I thought was a fine example of wisdom, and I asked his permission to share it here:

I once had a student who got really mad at me. He was a top schoolteacher who had won a prestigious grant from the National Endowment for the Humanities to come and study with me for a month, in the company of fourteen other carefully selected classroom legends from around the country.

Two weeks into the intensive seminar on “Faith, Reason, and the Meaning of Life,” he wrote me a very angry letter. It went something like this:

“Professor Morris: We’re halfway through our time in your seminar on the meaning of life, and for some reason you won’t tell us the answer. Why are you withholding such an important thing? It’s not fair. It’s actually evil. Are you doing this for the sake of pedagogical drama? Is it a mind game thing? Do you want us to feel even more deeply dependent on you than we already are? Please stop with the keeping of secrets and just tell us the answer. We deserve to know.”

I went right off to his dorm room and we talked for two hours, just the two of us. At the outset of our chat, he was extremely irate. By the end, he was not.

I used to be puzzled at why the famous epic poem The Odyssey, which is supposed to be about Odysseus and his ten-year attempt to get home after the Trojan War, opens up and spends maybe its first hundred pages on a story about his son Telemachus, back home in Ithaca instead of launching right into the main event.

The war itself took ten years. And now we’re approaching that length after it ended and still Odysseus still isn’t back home. Telemachus is afraid his father is dead. But he wants to know for sure.

The goddess Athena appears to him in disguise. She’s a good friend of Odysseus and knows everything that’s going on with him and his troubles in his ongoing efforts to reach home. She knows in particular that he’s alive. Telemachus asks her for the answer to this question.

But instead of telling him, she suggests he might get his answer if he goes on a dangerous trip to visit some other kings who know his father. They might have the answer he seeks. But of course she has that answer already.

So why does she suggest this hazardous trip instead of just giving him the answer he wants?

After reading this captivating tale at least a half dozen times, I came to a realization. Telemachus wants information. Athena knows he needs transformation.

So she sends him on a trip that will likely transform him from the young man he is, of little experience or confidence, into a seasoned adventurer, full of skill and assurance. This will make him capable of joining his father as a warrior and partner in new combat (remember: Odysseus returned from his wanderings and had to deal with an army of hostile suitors who sought the hand of his wife and have been devoured the wealth of his home and farms; they claimed he was dead and laid siege to her affections).

People who pay attention to Plato’s Dialogues featuring Socrates are often surprised at the endings of these stories. Socrates comes across someone who thinks he knows something important and is actually very confident in that purported knowledge.

The philosopher then begins to question him and dismantle his certainty. The man is led to realize he doesn’t know what he thinks he knows. What he believed to be true is false. But what is the relevant truth?

The dialogue typically ends without Socrates discovering what is true and revealing it so that it can be believed instead of the falsehood that has been unmasked.

Is reason after all just destructive and not constructive? Surely that can’t be the lesson we’re to learn.

Maybe Socrates isn’t doing his intellectual skeet shooting for the purpose of ridding the world of falsehoods and disclosing instead the related important truths to his conversation partners.

It could be that his intent is not primarily about true and false statements at all, or the facts in the world under dispute. Perhaps he sees his task not as providing information, but like Athena before him, transformation. He reduces arrogance to confusion, and sometimes even to intellectual humility and the subsequent open curiosity that alone can sprout from that fertile soil.

And that brings us back to my angry student.

I found out in our talk that the day he was to travel to our seminar, he had awakened to the absence of his girlfriend, his intended partner for life, and had found a note from her on the breakfast table, stating that she was leaving and that he was not to try to follow or contact her for any further explanations.

There surely had to be one, a reason or meaning to this, but she was going to withhold it from him, for whatever reason she must have had. And yet, he had to understand the meaning of this unexpected and traumatic event. He had to make sense of it.

He was confused and disoriented, and even greatly distraught when he had come to South Bend two weeks before he left me my own note. And I never knew what he had been through. He hadn’t said anything about it.

I listened and empathized and sought to give him emotional support. And then we came to our pedagogic or philosophical topic of contention.

Why was I withholding an explanation that I could surely give? Why was I being coy and maybe mysterious about the meaning he so desperately needed?

I tried to explain to this intense young man, operating near his wit’s end, that wisdom about life’s meaning, or the meaning of any particular event within it, may not come to us or consist in a simple linguistic statement or proposition that I could either reveal or withhold at will.

Sometimes our sense of meaning, like wisdom itself, is about perspective and discernment, and our experiences along with the learning that results from them can be transformative with respect to our perspectives without giving us a simple answer in the form of a declarative statement.

And when we do try to convey what we’ve learned in such a statement, it may sound trite or trivial and seem as insubstantial as the foam atop a big frosty mug of dark beer, when it’s the beer itself that’s needed.

Those of us who have made this arduous transition many times ourselves, like Athena may have to respond to someone who asks a truth of us by sending him or her to go on a journey of transformation rather than giving any particular piece of information, which is after all not what’s most needed.

And often what we best accomplish is to invite that person to join us on our own journey of humility and curiosity and existential discovery that may go far beyond what any words could ever say on any topic at all.

Thank you for joining me on my journey. We’ve got more coming up later this week. Subscribe below to make sure you receive it.

And thanks to Tom for the wonderful lesson on wisdom.

More on wisdom and attention in Friday’s newsletter for our Premium members. Make sure you don't miss it.

And in the next live recording of Timeless Leadership, Tom Morris will join us to help us think more about wisdom. 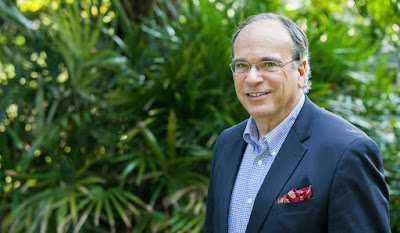 Throughout history, people have looked to leaders as fonts of wisdom. Sometimes the accolade is warranted, sometimes it's a false promise.

Why is wisdom important, and how is it different from knowledge? Can we ever make a claim to wisdom? How can we recognize wisdom in others?

Join the live show and participate in the discussion on Fireside Chat on Thursday, April 22 at 12 pm EDT. Here’s a link to put it in your calendar.

If you can’t follow along live, you can get the Timeless Leadership podcast wherever you typically listen. 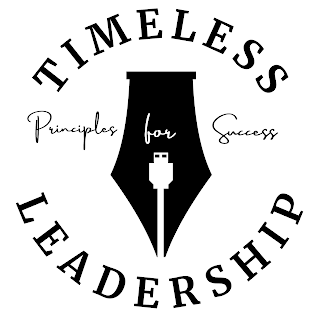