“I believe in the dignity of labor, whether with head or hand; that the world owes every man an opportunity to make a living.”
— John D. Rockefeller Jr., 1941

We seem more connected—in the digital sense and in the sense of having common interests—than ever before.

Whether you’re a student, a professional, or a retiree, you’re dealing with the effects of separation (from the office, from family, from friends, from old experiences) and fatigue.

We can all relate.

But recently, thanks to a number of new apps in the audio space, I’ve noticed that there’s a disparity: new technologies are exclusively available on iOS, not Android.

We’re not as connected as we might think. In fact, there’s quite a bit that separates us.

Given the many challenges we face on any given day, unity is essential.

“All animals are equal, but some animals are more equal than others.”
― George Orwell, 1945

For isn’t it through connection, collaboration, and communication that we accomplish more together?

Not just through physical proximity or brainstorming sessions, either. The simple act of showing empathy can propel us much further toward our goals than we might estimate.

Strange then, that we find ourselves at a crossroads where we seem more divided than unified. We’re connected without being united.

On the economic front, during this pandemic we have people on the one end of the spectrum struggling to pay rent when billionaires have ended the year far wealthier than they started.

And even with that public ledger displayed for anyone to see, tallying profits and losses in a global economic and moral accounting system, Jeff Bezos’ company is in the black financially, but in the red ethically.

For in Alabama, the votes are being tallied from the vote of Amazon workers to unionize. Over the last month, Amazon has waged a war against unionization, even posting anti-union messages in the bathroom stalls at warehouses.

Completely ironic, given Amazon workers having to find alternative ways to relieve themselves.

“But organizers say the union effort is not a fight over a $15 or $16 wage — though Amazon founder Jeff Bezos made nearly $75 billion in 2020. It is a matter of morality, of just who will make money off their labors. It’s a question of good and evil, about what is righteous, and just, and fair. For these workers and the organizers who have traveled from across the South to support their unionization effort, this is their David and Goliath story. What they want is dignity.” (“An unholy union,” by Kim Kelly, March 21, 2021, Vox)

There’s no question that Amazon is a juggernaut. A ubiquitous part of our collective experience—another thing that unites us.

You have to wonder what Jeff Bezos thinks about the experience he gives his employees. Perhaps he believes the Amazon culture and benefits make unionization unnecessary. Or maybe he simply doesn’t care.

Often, we make out our perceived enemies as one-dimensional, cast in a mold of evil geniuses with nefarious intentions. It makes it easier to dismiss their arguments and dig into our own.

But what we’re left with is confirmation bias. Every bit of information we discover about them is either tossed if it doesn’t fit our narrative, or neatly packed away to be used as fodder for further detrimental discourse.

It’s one of the reasons I’m so fascinated with David Murray’s book An Effort to Understand: Hearing One Another (and Ourselves) in a Nation Cracked in Half —more on David below.

With the brevity of so much online communication (not to mention the lack of nuance and context in text-based platforms), we miss the opportunity to have discussions, debates, and discourse.

We seem to have lost the ability to try to understand the other.

Given the above scenario with Amazon and the knowledge that we need to exhibit some empathy, let’s try a thought experiment.

What Would You Do?

Suppose you’re a business owner. You started your family business some 30 years ago with an idea that was common, but you found a way to innovate in a way to leave the competition behind.

You bring your son on, who’ll eventually inherit the business, and he helps you with the transformation.

You realize that the backbone of any company is its employees. Employees who are treated well and given opportunities will become loyal employees. Loyalty means happy employees, and happy employees mean better productivity.

You double daily wages, you give $10 million in profits to employees one year, you reduce the number of hours they have to work. As part of this arrangement, you ask them to abstain from alcohol, to avoid domestic violence, to keep their homes clean, and contribute to a savings account.

It might seem a little intrusive, but you're interested in the physical, emotional, and financial well-being of your employees. In fact, you even create a division within HR that’s dedicated to this purpose.

The result? Productivity shoots up between 40% - 70%. Profits grow 20%. Employees are more focused, and your company sees a wave of people applying for work.

You’re proud of the firm you established and grew, and you know that no employer takes better care of your employees than you.

What would you do if union organizers showed up and wanted to form a union so employees could engage in collective bargaining?

How would you feel after everything you’ve done to make this one of the best places to work? What would your response be to this kind of ingratitude?

You might have a difficult time seeing why they needed these new arrangements. You might fight the unionization efforts tooth and nail.

Well, that’s exactly what one business leader did, after 30 years in business. More than any other business leader, he created the middle class. He made it possible for mothers and children to stay home from work because a single member of the family could make enough money to support them.

I’m sure you recognize this story by now.

Henry Ford put the world on wheels in more than one way—in transportation as well as in prosperity.

So you might understand why he had a hard time seeing eye to eye with his employees on the question of a union.

Of course, sending the Ford Security division to confront the union organizers in 1937 was a mistake. Security chief Harry Bennett and his good squad violently assaulted the organizers, then tried to lie about the fracas, blaming the union instead.

The trouble was, there was a Detroit News photographer there who captured the entire event. Once the graphic images reached the public, the Battle of the Overpass was a public relations nightmare for Henry Ford and he conceded.

As we wait for the votes to be tallied in the latest unionization effort, the Battle of the Overpass is a powerful reminder of how vehemently dug in we can allow ourselves to be at times.

For any leader, the very basis of the job is to bring all stakeholders together and communicate the need to work toward a common goal. [Tweet this]

There may be disparate needs and ideas, but fundamentally, we all want the same thing.

At Ford, we defined it as “Profitable growth for all.” Everyone understood that phrase. How we got there, to each person, was a different story. But we knew we had to collaborate and communicate to make it happen.

Your people are so much stronger together than apart.

In Friday’s edition of the newsletter for premium subscribers (here’s how to become one), we’ll be talking more about organizational communication and what employees need.

I’d also like to invite you to join the next episode of Timeless Leadership on Thursday, April 1 at noon EDT, where we talk about the virtues and principles that make great leaders. It all happens on Fireside Chat.

This week, my guest will be David Murray, who wrote An Effort to Understand and who heads the global Professional Speechwriters Association. He's an award-winning journalist, and the editor and publisher of Vital Speeches of the Day magazine. 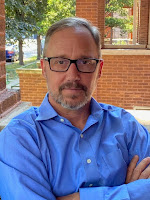 Together, we’ll explore the concept of understanding and its role in companies, society, and leadership.

And if you’re a premium member, you’ll have access to the podcast recording of the discussion afterward. I hope you understand what a good deal that is.