Angelo Siciliano was born in the Calabria region of southern Italy. When he was ten years old, little Angelino (as he was called) moved with his family to Brooklyn, New York.

It was there that Angelino discovered how cruel the world could be. A small, sickly child, he had a delicate frame and wasn’t able to withstand the rigors of exercise—even ascending the stairs to his family’s ground floor apartment made him winded.

And so the bullies piled on, as bullies often do.

One day, on a class trip to the Brooklyn Museum, he was enduring the daily torment that plagued him. So he sat alone on a stone bench in the main hall, waiting—as he did most days—for this day to end.

And while he was sitting there, his gaze wandered to a statue across the hall. A sculpture of the mythological figure Hercules: the divine champion of the weak and a great protector.

With no father figure to look up to, as the scrawny Angelino started at Hercules, he decided right there and then that he would become what he saw.

He didn’t have money for an expensive gym, so he devised a way to make his muscles struggle against each other. We call these isometric exercises now. He watched the strongmen at Coney Island and asked them about their diet and exercise regimens.

Over time, Angelo grew his body and grew his confidence. He went from scrawny to brawny, the delicate features transforming into a well-sculptured physique that embodied strength.

Gone was the 97-pound weakling who had to endure sand being kicked in his face, either figuratively or literally.

The lack of kindness and empathy—attributes that bullies consistently seem to lack—that had been shown to little Angelo became the driving force that caused him to change his outlook, his habits, and even his name.

For Angelino Siciliano, the boy who was tormented daily by Brooklyn bullies, mapped out a way to find inner and outer strength for himself. And he shared that path with millions of other boys who would see his ads in comic books and magazines.

Only they would know him as Charles Atlas.

The Value of Kindness

How much does kindness cost you? Or listening? Or compassion? Or empathy?

These may seem like softer, intangible assets — immeasurable to the analysts, but invaluable to your customers and employees.

Amid the digital hustle-bustle, think of the impact of exhibiting some of these qualities.

We all have the ability to express kindness, yet it can seem a struggle at times. We might be on edge because of a lost contract. Or because of an argument we had with someone about whom we care deeply.

Or maybe we just don’t make kindness a priority.

Kindness is a choice.

Every single day, we have a choice. Should we do or say something kind when unprompted? Or should we take advantage of a situation and be cutting and caustic?

When we see so much laid bare online, the temptation is there to pile on. When we’re accustomed to the knee-jerk reaction that the internet brings (non-ironic use of jerk there), our kindness muscle begins to atrophy.

And just like Charles Atlas, we need to exercise those muscles.

“A sense of fundamental decencies is parcelled out unequally at birth.”
— F. Scott Fitzgerald, 1925

It’s kind of sad when we celebrate what should be accepted as normal, isn’t it?

Like when people get excited about receiving praise or a handwritten note.

Or when they talk wistfully about a leader who treated people with kindness and compassion.

“Always do right. This will gratify some people and astonish the rest.”
— Mark Twain

Early in my career at Ford, I was at a conference in Paris, and I remember meeting someone for the first time with whom I had corresponded with online for a few years.

We chatted for a bit, catching up on all that had happened in the previous five years since we first connected online. New jobs, new cities, family life, observations on the industry, and the like.

When we were done, she wound up the conversation with astonishment:

“Scott, I’ve been talking nonstop for 10 minutes, and during that time you put your phone away and gave me your undivided attention. Who does that?”

Her reaction still sticks with me, over a decade later. All I did was listen to her as she talked. But that gesture of undivided attention—that little gesture of making the conversation with her more important than anything else—blew her away.

While I was glad that we met and spoke, I was left with this feeling of melancholy: wistful that attention, consideration, and kindness were now considered exceptional rather than the norm.

The simple act of showing kindness and consideration is a powerful strategy.

Each of us has it within our power to behave in such a way that our customers, employees, colleagues, and friends see us as a kind and decent person or company.

How marvelous it would be to leave them gratified rather than astonished.

In Friday’s edition of the newsletter for premium subscribers (here’s how to become one), we’ll be discussing kindness and decency, and why it matters for today’s leaders. 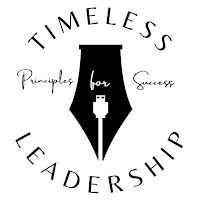 I’d also like to invite you to join me for free on Thursday, March 25 at noon EDT for the live episode of Timeless Leadership, where we talk about the virtues and principles that make great leaders. It all happens on Fireside Chat.

This week, my guest will be Dave Delaney, a keynote speaker, corporate trainer, podcaster, and creator of the NICE Method™. He hosts the Nice Podcast and writes the Nice Maker Newsletter. I couldn't think of a nicer guy for this episode. 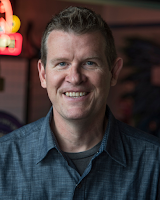 Together, we’ll explore the concept of kindness and its role in leadership. Do nice guys finish last? Join us for the discussion.

And if you’re a premium member, you’ll have access to the discussion afterward. Sounds pretty nice, if you ask me.