Coin of the Realm

“In a highly literate, fragmented society, “Time is money,” and money is the store of other people’s time and effort.”
— Marshall McLuhan, 1964

How much time do you spend thinking about money?

Unless you work in finance or are in debt, probably not a whole lot. Money is like air: it is around us, and is generally there to meet our needs. We tend to think about money when its absence is felt.

Money, like language, is a construct. It’s something we invented as shorthand for a transfer of goods, services, and ideas.

That shorthand has allowed the world to flourish, from an agriculture-based society to one that embraced the arts, science, and industry. And at each turn, money has been there to support and even drive change.

We’re seeing lots of change happening now, from cryptocurrency to NFTs (more on that below),  opportunities that may seem like a secret language, alternatively whispered among the cognoscenti and shouted from the digital street corners by trend setters.

As always, let’s pause the constantly-updating present and take a brief look at history to put this in perspective.

And please read through the entire thing, as I’ll explain how I’m going to give you a chance to get some of the latest digital currency.

The History of Money

As we look back at the history of money, there are three major transformations that have changed how we interact: the invention of coins, the introduction of paper money and the banking system, and electronic currency.

Money as we know it was introduced in Asia Minor some 3,000 years ago. Prior to that time, people used what they had at hand—sea shells, grain, animals—as a form of currency. Real power was based on agriculture, conquest, and religion.

The area of Lydia was an agricultural community that didn’t have enough resources to support the army. They made up for it by selling luxury goods to people in the Persian Empire, eventually  using nuggets of gold and silver as part of their trade, creating the first bimetallic monetary system in 550 BC.

“Before the coin, kingdoms derived their power from agriculture and conquest; rulers needed nothing more to govern than a strong army and a credible priesthood. The dissemination of coins established markets and created a whole new source of energy that spread around the world and gradually destroyed the great tributary empires of history. Money took away power from priests and armies; it had the transformative ability to turn gold into democracy. With this commercial innovation, Lydia became the richest country in the classical world and the name of its king, Croesus, a synonym for great wealth.” (“Prometheus Unbound” by Jack Weatherford, Lapham’s Quarterly, Vol. I, No. 2, Spring 2008)

They flattened the nuggets to demonstrate their purity, thus creating the first coin. Coinage was the great equalizer.

Prior to that, people had to be forced (via armies) or persuaded (via religion) to see things the same way. Each was a loose and resource-intensive way of enforcing a common view; it required constant upkeep and repetition to ensure acquiescence.

“When it’s a question of money, everybody is of the same religion.”

Incidentally, it took another century and a half before coins would become personalized. In 412 BC, Tissaphernes became the first individual whose image appeared on a coin. He used his own coin to pay Spartans to align with him against Athens. (Barclay, H.V. A Guide to the Principal Coins of the Greeks. London: 1959)

It would take another two millennia before we saw any appreciable difference in monetary systems.

From the Renaissance through the Industrial Age, the banking system based on paper currency would evolve and dominate our lives. Great banking families like the Medici, Rothschilds, and Morgans gave rise to a social order that moved commerce from land ownership and agriculture to stocks, bonds, currencies, and corporations.

Suddenly, the flow of money was not limited to those with the largest armies, but favored those who used their wits. Brains outstripped brawn.

“Money, not morality, is the principle of commercial nations.”

The final transformation of money is the rise electronic currency. In this system, money has neither form nor figure; trades happen at the speed of an electron, moving from one side of the globe to another, without the two parties even seeing each other.

At the start of the 20th century, the global monetary system was based on the gold standard; by the end of the century, there were nearly 200 national currencies. And in the last five years, we’ve seen the introduction of cryptocurrencies.

It’s interesting to see this pattern of evolution, sped up as we’re hurled into the future: two thousand years from one appreciable monetary change to the next, then five hundred, then a century.

What we’re about to witness will happen comparably in the blink of an eye.

Another pattern of three

Over the last two decades, we’ve seen a series of democratizations: first, the democratization of conversation, through the rise of the internet and specifically social media. Everyone has a voice.

Next came the democratization of work: the gig economy and app culture meant that we had access to gig work and the fruits of this non-unionized labor from Silicon Valley upstarts. We’re awash in 1099s now.

And the next phase we’re entering is the democratization of money. Through cryptocurrency and blockchain, we have a form of currency that, while it may be more difficult to understand (certainly by those who are used to folding bills and jangling coins in their pockets), is backed by documented transactions.

You may have heard of NFTs (non-fungible tokens).  These can be things like digital trading cards, collectibles, objects in online games, patches of land in virtual worlds, cryptocurrency wallet names, and other digital tokens.

Why is so much money being spent on things that don’t exist in our physical world?

Some buyers see it as a speculative investment, while for others it’s a hobby, just like the physical collectibles market. But the pandemic no doubt lit a fire under this market; we increasingly live online. Over the last year, we’ve spent more time than ever in front of screens.

If you spend all day at home on your computer, it might not make sense to own a gold watch or luxury handbag that no one will see. Why not buy something that your friends online can see and that adds value to your online life, or the life of a creator?

“Trust, goodwill, integrity—these were the strengths always cited by business clients. This was only part of the story, but it mattered a great deal that the bank always paid its bills promptly, honored its commitments, and stood by its clients during emergencies.”

A Matter of Trust

Before I look at this future of currency, I want to call up an old-fashioned concept: what Junius Morgan (father of J. Pierpont Morgan) called the Gentleman Banker’s Code. Its precepts could be summed up in a famous exchange between Senator Samuel Untermyer and Pierpont:

Given the lack of trust and integrity that seems rampant in the present world, and our impersonal online interactions, your reputation speaks volumes about who you are and what people think about you.

Through my daily interactions with people, both online and off, I’ve tried to build a reputation that’s worthy of me: one bound by integrity, trust, deep thinking, and a sense of calm and orderliness.

“Without the accumulation of capital, the arts could not progress.”
— Charles Darwin, 1871

The next wave of currency is the Creator Coin. It’s a way to show support for those who are putting something of value into the world while at the same time building a market together. 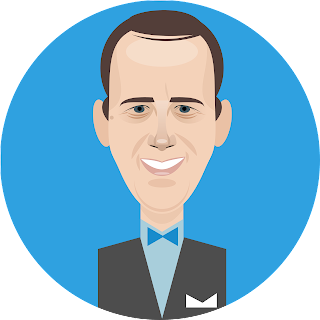 I’m partnering with Rally to launch my own digital currency called Timeless Coin (symbol: $MONTY). I chose Timeless because the concept of currency has been with us for thousands of years and will likely remain, regardless of the form that it takes.

I’m distributing the first coins as a reward to all my fans! All you have to do is make an account at Rally.io and fill out this linked form. The first 50 entries get 10 coins.

Over time, I’ll be introducing rewards and uses of Timeless Coin. Some ideas:

It takes a great deal of effort for any content creator to keep the pace up, week after week. At times, it can feel like a lonely effort.

But when we create things together, when we each contribute something to a growing marketplace, there’s great satisfaction in knowing a community is behind something.

For isn’t that what we all want? To be part of something bigger than ourselves.

To mint new opportunities for ourselves and others, in our own realm.

“Money is human happiness in the abstract.” — Arthur Schopenhauer, 1851

In Friday’s newsletter for Premium Subscribers, we’ll be exploring the connection between money and happiness, and our curated content will have more about NFTs and how we think about worth.

People are spending millions of dollars on a new kind of rare object which only exists in the online world. This includes a collector who spent over $6 million on a 10-second video. Link for premium subscribers.

What should be the role of money and markets in our societies? A market economy is a tool. But a market society is a place where almost everything is up for sale. In this insightful talk, an eminent philosopher gives his view on the intersection of markets and civic life. Unlock it by becoming a premium subscriber.

It has been called the most ambitious history ever written about American finance. A fascinating portrait of one family’s private saga and the rarefied world of the American and British elite in which they moved—a world that included Charles Lindbergh, Henry Ford, Franklin Roosevelt, Nancy Astor, and Winston Churchill. See which book this is by becoming a paid subscriber.

👉 Members receive an additional related essay, plus curated links and stories, and audio and book recommendations every Friday. Join the club by signing up below: