What We Look for From Leaders During a Crisis

If you enjoy this, you might enjoy my podcast Timeless Leadership, where we explore the principles and virtues of leaders we admire and aspire to be like. 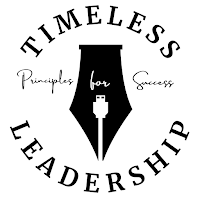 “Anyone can steer the ship when the sea is calm.”


Hurricanes are notable for their circular pattern, with an "eye" at the center that is eerily calm.
In the days before satellite tracking, the eye was a welcome respite from the howling winds and rain that pummeled unfortunate victims. What quickly follows the eye is the rear wall of the hurricane, which can be more forceful than the initial onslaught.

"It began about dusk from the north and raged very violently till ten o'clock. Then ensued a sudden and unexpected interval, which lasted about an hour. Meanwhile, the wind was shifting round to the southwest point, from whence it returned with redoubled fury and continue so till near three o'clock in the morning. Good God! What horror and destruction—it's impossible for me to describe—or you to form any idea of it." — Alexander Hamilton, 1772


When we're in the eye of a storm—literally or figuratively, as in a crisis—everything is swirling around us. This is when people are looking for reassurance from their leadership.
Crises, whether self-induced or inflicted upon us by external forces, create a sense of fear, which arises from uncertainty. People want trusted sources of information and they want a demonstration of forthrightness from leaders.

What's particularly unsettling is when the crisis is made by a force that's beyond our control. As I wrote in a previous essay, "We fear the unknown and we fear what we can't control."

Which is why it's all the more important to have or to be a strong ethical leader in these times.


"Nearly all men can stand adversity, but if you want to test a man's character, give him power."
— Robert Ingersoll, 1883

And when you have a combination of power and adversity, you really get to see a man's character.

Abraham Lincoln was a leader who was tested along those lines. He managed, over the course of his first term, when he led the country through a bloody and brutal civil war, to make it apparent to every American what he stood for.

When it comes to leadership, what is character? Jocelyn Davis lays out the backbone of leadership character in The Greats on Leadership:

"Courage is resistance to fear, mastery of fear, not absence of fear." ― Mark Twain, 1894

Different than bravado, which is the assumption of boldness to conceal timidity, true courage means putting yourself at risk in order to protect the interests of others. It's the midpoint between rashness and timidity. People will be able to tell when you're exhibiting courage.

"The supreme quality of a leader is unquestionable integrity." ― Dwight D. Eisenhower

Integrity exists between offensiveness and deceit, and is an indication of our true nature. It's about doing the right thing, even when no one is looking. That kind of consistency is what builds trust in leadership. But we have to practice it in times of calm as well as in times of crisis in order for it to be effective.

"Success consists of going from failure to failure without loss of enthusiasm." ― Winston Churchill

Resiliency is about our ability to get up after being knocked down, or to power through something, despite the challenges we face. The resilient leader is one who is flexible yet perseveres, observing the forces around them and being self-aware in making decisions.

“Mutual caring relationships require kindness and patience, tolerance, optimism, joy in the other's achievements, confidence in oneself, and the ability to give without undue thought of gain.” ― Fred Rogers

There's a sense of selflessness about generosity. Leaders who are willing to give of their time, attention, and resources are generous. Servant leadership is about generosity and building relationships, rather than transactional leadership, which looks for outputs and inputs.

“The first step in the evolution of ethics is a sense of solidarity with other human beings.” – Albert Schweitzer

Expressed another way, this is empathy. It's the midpoint between indifference and mania. Think of leaders you know who express concern. They're usually warm and calm, and there's a sense of sincerity about them.


All of these traits add up to character, which in turn creates an opportunity to forge a stronger relationship with our stakeholders, whether they're employees, customers, constituents, or prospects.

As Doris Kearns Goodwin points out about Abraham Lincoln in Leadership In Turbulent Times,


"The leader's strength ultimately depends on the strength of his bond with the people."


Before you're tested with adversity or power, consider your character.

I've got years of experience managing crises and crisis communications for executives and brands. Can I help you or your team? Let's chat.

Don't miss a single issue of the Timeless & Timely newsletter: