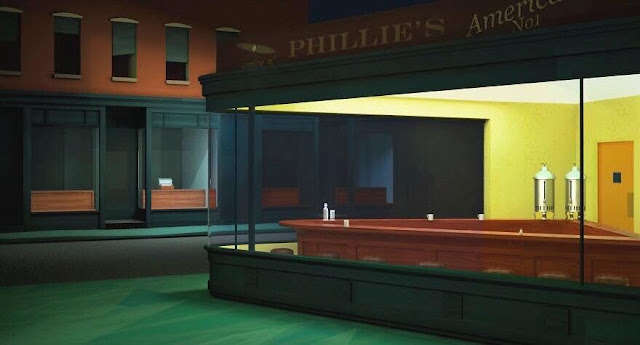 With those words ends the short story "Bartleby, the Scrivener: A Story of Wall Street."

The story was a tale of a clerk/copyist in a law firm who eagerly took a job, but eventually refused to do the work that his employer demanded of him, responding always with "I would prefer not to."

The lawyer eventually moved out, but Bartleby remained and new tenants found him there, always preferring not to do what they asked him to do. He ended his days in prison, dying of starvation because he preferred not to eat.

Themes of isolation and depression recur throughout Melville’s story, and they reflect a life and workplace that was becoming more common in the mid-1800s.

And we're seeing them play out again in the present day.

Before the coronavirus / COVID-19 crisis hit, the open office was becoming more accepted; over the last five years it rose in popularity.

Really, it wasn't that much different from office settings in the past, where there was a large room, and desks were laid out next to each other.


The difference in modern times of course is that everyone is sitting at their station with noise-cancelling headphones on, blocking each other out.

With the array of technologies at our disposal, it's not surprising that it's easier than ever to accommodate remote work. In fact, some think that this crisis may result in a permanent remote workforce.

While the flexibility and freedom may seem enticing, there are concerns. As we saw with Bartleby, isolation can lead to depression, particularly in the elderly.

When working from home, it's important to take steps to remain connected with humanity, whether it's by taking walks outside, picking up the phone, writing letters, or video calls.

You probably recognize the painting above — it's a ghost of Edward Hopper's Nighthawks. The original has three patrons sitting at a diner counter and the busboy behind it. Themes of loneliness and predators have been associated with it.

Someone Photoshopped the original, removing each of the humans, and creating a surreal yet accurate portrayal of restaurants today, as closures hit.

Hopper was known for his paintings of lone individuals, with recurring themes of solitude, loneliness, regret, boredom, and resignation. Themes that will become part of our lives as we practice social distancing and remote working.

Someone on Twitter wasted no time in noting that life is imitating art:


The process to get us to embrace social distancing has been anything but smooth. Even now, people are still finding it hard to wrap their heads around.

There's a certain swath of humanity that will always look out for one another (more about them in a moment).

But there are others who simply don't seem to care — until they're personally affected.

At the time, West Virginia had no known cases of COVID-19. Today, with their first case, he reversed course.

The bottom line is this: Individualism has no place in a pandemic.

We are better than this.


"However selfish man may be supposed, there are evidently some principles in his nature, which interest him in the fortune of others." — Adam Smith, 1759

Have you noticed how, in times of disaster, society seems to simply do the right thing? Such as when the Twin Towers came crashing down on September 11, 2001, and the whole world seemed to act in solidarity with America?

Or more recently when the cathedral of Notre Dame suffered a massive fire, how the world watched in horror and then pledged to fix it?

In Adam Smith's The Theory of Moral Sentiments, he contrasted man's selfishness with his ability to put humanity first. He asked us to think of an earthquake in China and how a man of humanity in Europe might respond.

He would first express sorrow for their misfortune, then he might consider how it would affect the commerce of Europe and the world more broadly. But he'd sleep fairly soundly.

But he goes on to wonder:

"When we are always so much more deeply affected by whatever concerns ourselves than by whatever concerns other men, what is it which prompts the generous, upon all occasions, and the mean upon many, to sacrifice their own interests to the greater interests of others? It is not the soft power of humanity, it is not that feeble spark of benevolence which nature has lighted up in the human heart that is thus capable of counteracting the strongest impulses of self-love. It is a stronger power, a more forcible motive, which exerts itself upon such occasions. It is reason, principle, conscience, the inhabitant of the breast, the man within, the great judge and arbiter of our conduct."


Ah humanity! There it is again.

It manages to seep through, regardless of any external force, natural or man-made, that tries to suppress it.

Empathy and compassion are a package deal with us.

It's not uncommon to find altruism in a disaster zone. At the height of the Cold War, experts worried that a nuclear disaster would destroy social bonds and throw communities into chaos. And then, a devastating earthquake in Alaska showed that natural disasters could bring out more kindness than selfishness.

Related: The Superpower in Every Leader

It shouldn't surprise you then, to learn that already companies have begun to get ahead of this crisis by making gestures that acknowledge the difficult times ahead.

These include Comcast and T-Mobile making unlimited data available to all customers; publishers like the Washington Post, New York Times, and The Atlantic all making their coronavirus coverage accessible behind the paywall; and Uber Eats suspending fees.

In fact, the list was growing so quickly, I created a Google Doc to capture Corporate Goodwill Efforts During the COVID-19 Outbreak, and opened it up to the public to edit.

In addition, Jeremiah Owyang and I collaborated on crowdsourcing another document of free resources such as software, classes, and online events companies, to help people upskill as they may be facing difficult choices.


While there may be pain ahead, so too will there be good. Humanity has battled war and weather, plagues and pestilences, and disasters and depressions, and we've emerged as renewed, resilient, and reinvented.

There's every reason to believe that we'll emerge stronger together on the other side of this.

"It is he who shows us the propriety of generosity and the deformity of injustice; the propriety of resigning the greatest interests of our own for the yet greater interests of others, and the deformity of doing the smallest injury to another in order to obtain the greatest benefit to ourselves. It is not the love of our neighbor, it is not the love of mankind, which upon many occasions prompts us to the practice of those divine virtues. It is a stronger love, a more powerful affection which generally takes place upon such occasions, the love of what is honorable and noble, of the grandeur and dignity and superiority of our own characters." — Adam Smith, 1759

These are the traits of leadership and humanity that will see us through.

This originally appeared in the March 18 issue of the Timeless & Timely newsletter. To get the edition that includes links, recommended books, and more, please click here.


If you liked this, I'd love to share more with you. I also publish an additional essay each Friday: