What Would Be the Kindest Choice? 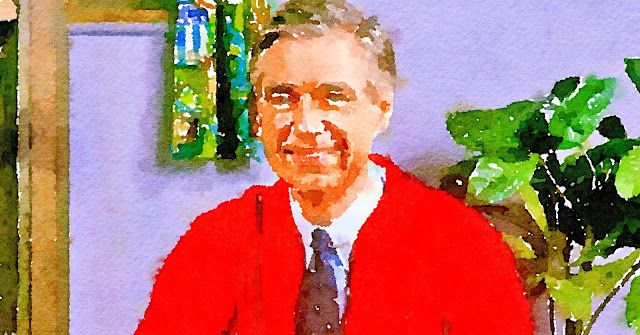 "Imagine what our real neighborhoods would be like if each of us offered, as a matter of course, just one kind word to another person."
― Fred Rogers
Who's the kindest person you know?

Someone who exudes "nice." Who is always willing to help without a complaint. Who offers a smile and an encouraging word.

It might be a parent, a colleague, a neighbor, or a boss. But somewhere in your life there's a person who rises above everyone else with the level of kindness they show.

How do you think they got that way?

It's not by accident.


One of the most legendarily kind people is Fred Rogers. "Mister Rogers," as he's known to countless children (and adults!) seemed to be the manifestation of kindness.

His slow, quiet, and patient demeanor and his way of accepting everyone were indicators of what a kind man he was.

But Mister Rogers the celebrity — who by all accounts was the same as Fred Rogers the man — had to work at it. Every day. He admitted as much in his counsel to everyone about what it takes to build relationships:


"Mutually caring relationships require kindness and patience, tolerance, optimism, joy in the other's achievements, confidence in oneself, and the ability to give without undue thought of gain. We need to accept the fact that it's not in the power of any human being to provide all these things all the time. For any of us, mutually caring relationships will also always include some measure of unkindness and impatience, intolerance, pessimism, envy, self-doubt, and disappointment."


Mister Rogers wasn't perfect. Neither is any one of us.

This is why reflection and tranquility are so important as we determine who or what we want to be, in our private lives and in our public lives.

It takes a great deal of practice and deliberation. The word "deliberation" is a direct descendant of the Latin word deliberare, which means to consider carefully.

In the film A Beautiful Day in the Neighborhood, Tom Hanks portrays Mister Rogers. Now, if you know anything about the actor Tom Hanks, it's that he is widely considered one of the kindest people in show business.

So much so that, according to a New York Times article, a journalist who attended a panel suggested that Tom Hanks is just playing Tom Hanks, but “slower.”


"But the slowness of Fred Rogers — the un-self-conscious, considered slowness — was hard, Hanks said. It felt ridiculous when he first tried it out. He studied hours of tapes, because sometimes he couldn’t imagine that he was supposed to go this slowly… 'It’s a combination of procedure and behavior that was singularly Fred Rogers.'”


But there's something to that notion of needing to slow down.

When you need to weigh things in your mind, you need peace and solitude to allow that to happen. And you need to choose deliberately what you'll do.

Every day, we're faced with decisions that require our response:

But Mister Rogers, in his deliberate, reflective way, at times like these, would ask himself one simple question that guided his response:


"What would be the kindest choice?"


Kindness doesn't happen unintentionally. You need to direct yourself there. And in those quiet moments of reflection, consider how those on the other end of your response might react.

If you're unkind or abrupt, what might they think, do or say? How might that further damage the relationship? How might that in turn hinder any progress you wanted to make?

These are some of the tenets that guided Mister Rogers every day. And they can guide us too.

This originally appeared in the November 20 issue of the Timeless & Timely newsletter. Paying subscribers get this plus an additional essay with three timely links, three timeless stories and a recommended book and podcast each week. You can choose the option that suits you best: