Facebook's recent stand on political advertising and free speech have placed it in the cross hairs of the media. Not to mention their decade-plus-long drumbeat of:

All of which have given me second (and third and seventeenth) thoughts about remaining on the platform.


The challenges are multiple: being a solo practitioner, Facebook provides a connection to others — it is my water cooler; I also belong to and administer a number of groups that provide services to me and others, whether professionally or personally; it's where my extended family spends most of their time online.


Facebook has become the de facto destination of so much of society: seven in ten Americans are on the platform. So to ask people to simply up and leave without a viable alternative is difficult: no one is going to leave until others have left and shown them the alternative. It's the chicken and the egg conundrum.


I was having this conversation with someone on Twitter recently, about how someone has to make the first move. Then I remembered how Dr. Seuss expressed it in his book The Lorax: 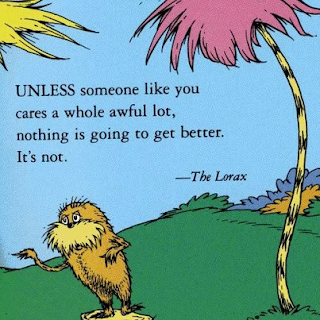 The Lorax was an allegory about the importance of taking care of our environment.

Last week, I referred to St. Francis of Assisi, the patron saint of the environment. He sought to understand rather than to be understood.

In stark contrast, Mark Zuckerberg seeks to be understood rather than be liked, and is a digital arsonist of the online environment who answers to no one.

And it got me thinking...


What if someone rewrote The Lorax as an allegory about Facebook?

So I did. It's called The Ethix.

“Life moves pretty fast. If you don’t stop and look around once in a while, you might miss it.” – Ferris Bueller

We've all heard the term "fake news." I'm not talking about the kind of news that someone doesn't like; I mean intentionally deceptive or incorrect information. There are telltale signs to help you avoid it. How to Spot Misinformation. (NPR)

My take: We swear that we would never share anything fake online. But we may have been duped, thanks to emotional involvement or simply looking to back up our position on something. It's human nature.

My take: Given the nature of video and recommendations, it could happen to any of us.

Fifty years after the first computer network was connected, most experts say digital life will mostly change humans’ existence for the better over the next 50 years. However, they warn this will happen only if people embrace reforms allowing better cooperation, security, basic rights and economic fairness. (Pew Research)

My take: I'm on the fence about this. It's the overly optimistic and idealistic view that got us to where we are with Facebook today. Can humanity band together to ensure the next half century is better? The jury is out.

For the Curious Mind

"I have gathered a posy of other men's flowers, and only the thread that binds them is mine own." – Michel de Montaigne

With Halloween behind us, there might be piles of uneaten candy around your place (if you have kids). With some self-control, you can make it last; researchers have found that you can enjoy a piece of candy for up to 30 minutes: The Physics of Eating Candy. (Smithsonian)


No one likes to be lonely. But there's a difference between being alone and being lonely, and you should find time to be alone with yourself. The benefits are appreciable. (The New York Times)


We tend to think that people can easily tell what we’re thinking and feeling. They can’t. Understanding the illusion of transparency bias can improve relationships, job performance, and more. (Farnam Street)


A Heart Replete with Thankfulness

"He is a wise man who does not grieve for the things which he has not, but rejoices for those which he has." – Epictetus

This week, I'm grateful to have a friend and colleague like Alex Hultgren. We've known each other since my first days at Ford, and although we've both moved on, we not only remain in touch but are supportive of each other's work.

Alex is a fractional CMO and not only have a very intuitive mind on marketing, but he's got a quick wit as well. And he's generous with his time and his ideas. Check out his site and his writing. 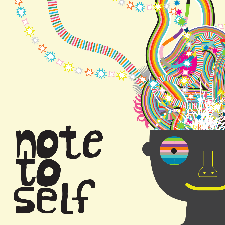 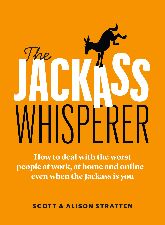 A rallying cry for everyone tired of keyboard commandos and people who use speakerphones in open plan offices, The Jackass Whisperer is your guide to dealing with the worst people on earth. Jackasses are those who make our lives needlessly harder. They're among us, and we have some bad news for you: if you can’t spot the Jackass at the (enter literally any place on the planet), then the Jackass is you. After a lifetime of research, Scott and Alison Stratten offer the definitive guide to surviving the Jackassery in your life and making the world a better place, one set of noise-cancelling headphones at a time. Check out their launch page for bonuses.


What else is influencing me? You can check out my sources of inspiration on my site or in the Timeless and Timely Flipboard magazine I curate.


The above may contain Amazon Affiliate links.