The Case of the Missing Relationships 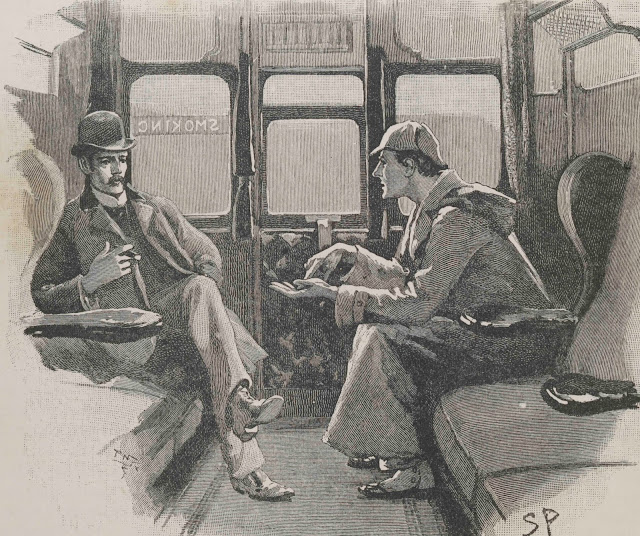 The Case of the Missing Relationships
"The good Watson had at that time deserted me for a wife, the only selfish action which I can recall in our association." – Sherlock Holmes, 'The Blanched Soldier'

The online world, while exposing us to more people than ever, can also be isolating. Social media has given way to anti-social behavior.

We owe it to ourselves to spend more time offline, doing the things that bring us joy and create meaningful connections with people we care about.


Over the weekend, I traveled to Bloomington, Indiana, home of the Lilly Library at Indiana University. It's not just that the Lilly is in Bloomington; the Lilly contained the very reason I went there.

You see, I belong to a literary society that is dedicated to Sherlock Holmes: the Baker Street Irregulars. It's named for the ragged group of homeless children who Holmes occasionally employed to be his eyes and ears around the streets of London.

The BSI established an archive and originally housed it at Houghton Library at Harvard University. An august and highly respected institution, indeed.

But the BSI realized that its collection was more modern (and evolving) than rare. Kind of like Sherlock Holmes himself. The detective has always been part of popular culture, since his very origins.

From the early 1900s to the present, people have put Sherlock Holmes in various situations and portrayed him in every form of media to date. And the Baker Street Irregulars, founded in 1934, have been there through most of it.

The Houghton Library, as storied as it is, seemed to be a better fit for the likes of Samuel Johnson than for Sherlock Holmes.

However, the Lilly Library had resources, a small but dedicated staff, and a number of Hoosiers who were associated with the Baker Street Irregulars, including CBS radio newsman Elmer Davis and Lilly Library's first director, David Randall.

And over the weekend, the BSI held an event in Bloomington to commemorate the opening of its archives at the Lilly.

"Well, Watson, we can but possess our souls in patience."

— "The Adventure of the Three Garridebs"

You're probably wondering where this all leads. Everything I write — every story I tell, every image I choose — I do for a reason.

But first, a little history.


"These relics have a history then?"


"So much so that they are history."
— "The Musgrave Ritual"


The Baker Street Irregulars was founded in 1934 by Christopher Morley, a journalist, novelist, essayist and poet. He reveled in spending time with "kinsprits" (a portmanteau of kindred spirits) and in his time founded many clubs.

Morley was, as described by Robert Keith Leavitt:


"stout, lustily active, gregarious, busy, prosperous…and immensely popular. He rarely lunched with fewer than four people, and, often as not, with a group of a dozen or more.
Among his countless fascinating traits was the habit of forming clubs on the spur of the moment. Any agreeable gathering of friends around the table was apt to find itself, halfway through the meal, constituted into a club commemorating, and usually named form, something pleasant-to-remember about the occasion."

While I didn't know Morley personally, I feel like I would have been right at home in his presence. He was a collector of people, and he made each of his gatherings an enjoyable and memorable occasion.

Most of his scores of clubs never had a second meeting. But three names managed to survive in history, and only one still meets to this day. The Grillparzer Sittenpolizei Verein (the Grillparzer Morals-Police Association) and the Three Hours For Lunch Club are two. The other is the Baker Street Irregulars.


I first discovered that there were other people interested in Sherlock Holmes when I was researching a paper for an English class in the 10th grade. I phoned a local television station that featured a man who ran a Sherlock Holmes society and I interviewed him. Before I knew it, I was attending meetings of the group at Gillette Castle in Connecticut.

His group was just one of hundreds of local branches of the BSI, and over the years I got to know other Irregulars from around the country before being granted an investiture in 2001. Each year, we descend on New York City for the annual dinner of the BSI, held annually since 1940.

Going to those weekend events has created an extended family for me; it's like going to a reunion at least every year, with occasional events peppered here and there in between.

And after some 25 years of attending, it's not the annual traditions but the relationships that have mattered most to me.

“You really are an automaton,—a calculating machine!” I cried. “There is something positively inhuman in you at times.”

During the event in Bloomington, Mike Whelan, the outgoing head of the BSI, mentioned that while setting up the archive and getting things in order with the libraries, something was missing.

He said there was too much focus on process.

Moving forward, he said, the focus would be on relationships.

And isn't that representative of what so many businesses struggle with? Whether it's digital transformation, a new product rollout, or a change in strategy.

We get so hung up on the system or tools we're choosing, the technicalities or specs of the thing, or the details that define our decisions.

Any transformation, digital or not, is a combination of people, process and technology. In that order.

We're usually so excited (or nervous) about a change that we try to nail down all of the details on the processes and technology. We can put them onto a checklist — as extensive as it may be — and we can visually run down the list to verify it.

But people? Relationships? Culture? How do you put that on a checklist?

It's quite simple: You don't.

These should be established before change sets in. You'll want allies, supporters and cheerleaders that will be there to support the new process and help select the new tools. Having a culture that embraces change and promotes participation will make the transformation that much easier.

It's akin to establishing fans, communities and awareness before a big campaign launches: paid media doesn't have to work as hard with a well-founded base.


What am I doing to work on relationships?

For one, I'm spending less time on Facebook. More time reflecting. Strengthening my emotional intelligence and helping other leaders with theirs.

While these may not be scalable, they are more human.

Something that even that automaton Sherlock Holmes would have found…elementary.

Future Tense
“Life moves pretty fast. If you don’t stop and look around once in a while, you might miss it.” – Ferris Bueller


An explosive trove of thousands of pages of confidential internal Facebook documents has been made public, shedding unprecedented light on the inner workings of the Silicon Valley social-networking giant, including a false claim of privacy. (Business Insider)


According to a survey from Morning Consult, 86% of 13 to 38 year-olds would like to become an influencer. (Bloomberg)


Uber CEO Dara Khosrowshahi claimed that the death and dismemberment of Washington Post journalist Jamal Khashoggi at the behest of Saudi Arabia's crown prince Mohammed bin Salman was a "mistake." [Saudi Arabia is Uber's 5th largest investor] He then compared it to Uber's self-driving accident in which a pedestrian was killed, saying, "I think that people make mistakes, it doesn't mean that they can never be forgiven." (Ars Technica)

About an hour after the interview concluded, Khosrowshahi suddenly had a change of tone: "I said something in the moment that I do not believe," he said in a statement. "When it comes to Jamal Khashoggi, his murder was reprehensible and should not be forgotten or excused."

For the Curious Mind
"I have gathered a posy of other men's flowers, and only the thread that binds them is mine own." – Michel de Montaigne


How Classic Cartoons Created a Culturally Literate Generation should bring memories to mind for some of us. Opera, classical music, literature and more came to life for kids who watched Saturday morning cartoons. (Intellectual Takeout)


Humility. It's an underrated personality trait. And yet we need to practice humility every day. (New York Times)


Cave art has been found on nearly every continent. What does it mean? That our Paleolithic ancestors knew something we still strain to imagine: our insignificance. (The Baffler)

A Heart Replete with Thankfulness
"Gratitude is not only the greatest of virtues, but the parent of all others." – Cicero

This week, I'm grateful for the many relationships I've forged over the last three decades in the world of Sherlock Holmes enthusiasts. So many have been supportive in my own little contributions to the topic, and they mean the world to me. 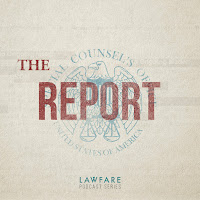 Very few people have read the 448-page Mueller Report, released to the public on April 18, 2019. Producers of Lawfare distilled it into a multi-part audio narrative series, The Report, telling listeners the story of what is in the document. An essential listen as impeachment hearings open in Washington. 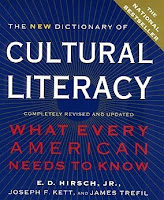 Cultural literacy—the grasp of background information that writers and speakers assume their readers and listeners already have—is the hidden key to effective education in America. In an age when so much entertainment and information is personalized, where will we end up without more shared experiences? The New Dictionary of Cultural Literacy: What Every American Needs to Know helps fill that gap.

What else is influencing me? You can check out my sources of inspiration on my site or in the Timeless and Timely Flipboard magazine I curate.

The above may contain Amazon Affiliate links.