The Liberation of Listening


We recently reflected on silence and tranquility, and what we can do with time without distractions. The reaction to that was universally positive (which didn't surprise me).

Taken to an extreme, though there's another side to it too: isolation.

Now, I'm not talking about physical isolation. Think of this more as a mental isolation. It can come about by not being present — "zoning out," if you will — or simply by refusing to take other points of view into account.

When we're lost in our own thoughts, or willfully ensconced in our own bubbles, we're in danger of missing what's happening outside of them.


It's at this intersection of disinterest and ego that we find Beethoven.

Widely recognized as one of the greatest composers of all time, his accomplishments are even more impressive when we consider he wrote some of the world's most beautiful and soulful music while he was deaf.

In 1798, when he was twenty-eight years old, he experienced brief deafness, only to regain his hearing, but with a cruel twist: "a maddening chorus of squealing, buzzing, and humming that roared in his ears all day and night."


[Disclosure: I suffer from the same malady that afflicted Beethoven: tinnitus. I talked about it on my podcast a while back.]

Think about that. One of the most sublime pieces of music ever written was composed by a man who would never hear it performed.

The reason he could create music that touches our very soul is because he realized that his craft required a broader knowledge. His teacher instructed him:

You need "a meticulous acquaintance with the various characters [of men] … with the passions … One observes the nuances of feelings, or the point where one passion changes into another."


And yet, by 1822, the aristocracy considered Beethoven to be crazy and misanthropic, claiming that "his misery is his own doing." (Ibid.)


What they didn't realize is how isolated his deafness made him.

In certain roles as leaders, we find ourselves alone. Whether you're a CEO, or a ground-breaking specialist at your company who is the only one who does what you do — there are certain situations you find yourself in where you probably feel like you're completely and utterly alone.


Like there's no one else who can understand what you're going through. Or no one to whom you can turn for empathy. Well, let me just dispel that notion right now.

You are surrounded by people who want to help. As the statesman-philosopher Marcus Aurelius wrote in Meditations, "we came into the world for the sake of one another."


People are generally quite helpful, given the chance. And while you may not have a corresponding peer at your company, odds are, with 7 billion people in the world, there's at least one other person who can relate to what you're going through.


The problem is that our culture has taught us not to ask for help — asking for help makes us seem weak. To admit to anything that would appear to make us less than perfect just isn't done. To confess a failure, loneliness, confusion, or any other roadblock is seen as anathema to leadership. Leaders are supposed to be strong, resilient, and all-knowing.


But we're not. We're just like most other human beings. And so, being a leader can be a lonely pursuit at times.

Beethoven knew what he wanted to accomplish with his 9th Symphony, even if no one else did. But he knew he had to communicate his plan.

He innovated: For the very first time, a chorus was present; no one knew what might happen because there had never been vocals in symphony before.

He repeated things in context: The fourth movement consisted of snippets of each of the previous three movements, restated in context.

He inspired his team to help: Throughout the performance, Beethoven stood in front of the conductor, "sunk in thought," beating time, and hearing nothing. At the conclusion, the soloist Karoline Unger had to turn him around to see the five ovations that he could not hear.

This scene is portrayed beautifully in Immortal Beloved:

So instead of suffering in the silence, instead of sitting there alone, wondering if you're supposed to be hearing something when you're not, take a moment to look around and ask questions. Invite others into your sanctum. Admit your shortcomings.

You may be surprised at how liberating that is, both for you and the people who want to help.

Industry Stories
"I have gathered a posy of other men's flowers, and nothing but the thread that binds them is my own." – Montaigne

1. The email inbox is an illusion, a metaphor, a construct. Things may be stored, arranged, dumped, therein, but in there they are not boxed. They are the opposite of boxed: they are boundless. The Inbox: A Scattered, Ad-Ridden Archive of Our Lives. (Lithub)

2. Is this the novel of the future? The New York Public Library has been using Instagram Stories to upload strikingly designed versions of short classics for anyone to read with a simple swipe. It's called Insta Novels. (Fast Company)


3. Reductive stories like "Netflix Killed Blockbuster" make it too easy for fearful retailers today to jump onto the latest tech bandwagon and ignore their own corporate rot. They are fatalistic and yet somehow still manage to gloss over the monumental difficulty of transforming a business. This longread is a must: Who Really Killed Blockbuster?. (Retail Dive)

For the Curious Mind
"Curiosity is the lust of the mind." – Thomas Hobbes

For the emotionally intelligent leader, you can't do much better than this: An Illustrated Ode to Attentiveness and the Art of Listening as a Wellspring of Self-Understanding, Empathy for Others, and Reverence for the Loveliness of Life (Brain Pickings)

Another aspect of emotional intelligence is self-discipline. Simply by expressing gratitude you can increase your self-control. (Psychology Today)

How about living your life according to philosophies from various movies? Here are 44 movie scenes that have inspired one creative mind. (For the Interested)

Are U.S. railroad gauges based on Roman chariots? It's complicated. But along the way, we get a fascinating look at transportation history. (Snopes)


Thanks to Rebecca Romney, Tamsen Webster and Josh Spector for some of the links above.

A Heart Replete with Thankfulness

"Gratitude is not only the greatest of virtues, but the parent of all others." – Cicero

This week, I am grateful to Jeremiah Owyang and the Kaleido Insights team for defining digital transformation in a simple, yet comprehensive way:


"A technological, cultural, and operational shift in which organizations leverage data to deliver customer value, innovate with agility, and sustain vitality." 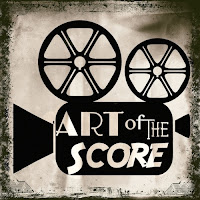 My own interest in music tends toward classical and soundtracks. Beethoven's influence above led me to recommend Art of the Score as this week's podcast. This show  explores, demystifies and celebrates some of the greatest soundtracks of all time from the world of film, TV and video games. The three cohosts break down main themes, explore what makes a score tick and impart their love of the world of soundtracks.
Thanks to Frank Zolenski for the recommendation.

Following last week's entry on Serenity, I thought Stillness Is The Key was the perfect book to consider. Ryan Holiday lays out a path for achieving this ancient, but urgently necessary way of living. Drawing on a wide range of history's greatest thinkers, from Confucius to Seneca, Marcus Aurelius to Thich Nhat Hahn, John Stuart Mill to Nietzsche, he argues that stillness is not mere inactivity, but the doorway to self-mastery, discipline, and focus.


I'm an executive advisor/coach. A corporate conscience. A C-suite whisperer.

Executives are in constant demand, have relentless deliverables, and try to set a long-term strategic course. All while trying to keep up with trends and deliver short-term value.

I bring Fortune 10 executive experience and an outside perspective to help you with growth and focus.

Bring me in to work with your C-Suite, review your team structure, provide strategic advice, or speak at an event.
Disclosure: some links may be Amazon affiliates; we earn a small commission when you make a purchase.

Scott Monty is principal of Scott Monty Strategies, where he is an executive coach/advisor and speaker. He helps executives improve their messaging, communicate with more empathy, and become virtuous leaders.