Last week, we explored how reflection is the curative for an otherwise noisy and busy world.

And now, following on the heels of listening with empathy, let's look at something that we mentioned in passing there: "the intersection of disinterest and ego."

History and literature are rife with examples of hubris, or excessive pride and arrogance.

Ajax, title character of Sophocles' play of the same name, thinks he does not need Zeus' help due to hubris. Oedipus thinks he can outrun his destiny. In Mary Shelley's Frankenstein, Victor Frankenstein thinks he can control life.


Pride is widely viewed as a tragic flaw — one with moral implications. Following the ancient Greek tradition, the seven deadly sins (one of which is Pride) are part of the Christian teaching. Pride is considered the original and worst of the seven. It is dangerously corrupt selfishness; the putting of one's own desires, urges, wants, and whims before the welfare of other people.


In other words, it's what we might more commonly refer to as ego.


It seems that more often than not, the ego-driven, ambitious, obsessive visionaries — call them what you will — are celebrated and rewarded. And to a certain degree that's true. For without drive, ambition, and self-confidence, it's hard to stand out.

But kind of ego I'm talking about isn't about that kind of motivation. It's about the misguided and blind ambition — twisted, selfish, arrogant self-belief. When the visionary won't tolerate naysayers or questions. When they seem to be detached from reality and think they can do no wrong. Think Travis Kalanick (Uber), Adam Neumann (WeWork), or Mark Zuckerberg (Facebook).


There's a sense of entitlement and control that individuals like this bring to the table. And it's damaging to everyone around them, including the entity they're trying to build.

Entitlement says, "I deserve this by virtue of who I am, not what I did." ("And you don't" follows logically.)

Control says "My way or the highway," and drives away the very people who might be in the best position to help.


And while you're probably not the level of ego that any of the above are, there are times when you can feel your ego being fed. Perhaps when you get a promotion. Or when one of your tweets, videos or images goes viral. Or when you step off of a stage to thunderous applause.

We're all susceptible to our ego being fed by these moments. The trick is not to let it get to your head.

So what's the best way to address our own egos as leaders?


The Opposite of Hubris


What's the opposite of hubris?

If you said humility, congratulations. I don't have a prize for you, but you should feel good about yourself.

The emotionally-intelligent leader can understand how important it is to battle the constant barrage of ego and achieve humility. Four key elements of emotional intelligence (EI or EQ) are:

The self-awareness comes with reflection. Taking the time to assess what we do, how we think, and what we'll do next is part of this exercise.

Self-discipline or self-management is about controlling our reactions, our temperament. Empathy is being able to understand how others may be feeling, which leads to managing our relationships.


Your EQ should fundamentally include the understanding that any leadership role is a matter of servant leadership. You are called to serve others with your talent and skills: customers, board members, your direct reports whom you're training. It's an exercise in humility.


And as you do, remember this: three of the most humbling words a good leader can say are:


A Case Study in Humility

This is an amazing example of just such leadership in action.

I had the great fortune to serve as an executive at Ford Motor Company. It's an iconic brand — one started by Henry Ford in 1903. And when I took the job in 2008, I realized just what a special place it was, with Henry's great-grandson Bill Ford in the Executive Chairman role.

But how he got there was another story.

Henry Ford is one of the icons of 20th century business. When Steve Jobs (another icon) passed away in 2010, his name was mentioned along with Henry Ford and Thomas Edison has having had an indelible impact on the world.

When Bill joined the company out of college, his father, William Clay Ford, Sr. said,"You know, you will have to be better than everyone else because of who you are." (Source: Once Upon a Car, Bill Vlasic, p.19)

He was right. Bill had to overachieve because the perception would be that he was entitled. He had to prove himself.

And he did just that, overachieving. He joined the board at age 31 and just 11 years later in 1999, he was elected Chairman.


But the late 'Nineties and early 'Aughts were tough times for Ford. The CEO at that time was Jacques Nasser, an energetic Ford executive who had been with the company for 30 years and also had a sizable ego.

Bill Ford fired Nasser in 2001 and took the CEO role, to much acclaim. It had been more than 20 years since a Ford family member led the company, and it was still family-owned.

The next five years would prove a challenge, with rising costs of raw materials and fuel, as well as pressure from Japanese automakers. The CFO, Don Leclaire, kept leadership apprised of the mounting pressure. The company was exploring a tie-up, selling portions of the company to private equity firms, and other extreme measures to avoid bankruptcy (the family ownership would be voided in such a case).

Then in the summer of 2006, Leclaire informed Ford that it had eighteen to thirty-six months of cash left. The situation was dire. (Source: American Icon: Alan Mulally and the Fight to Save Ford Motor Company, Bryce Hoffman, p. 53)


At that point, Bill Ford, the great-grandson of the company's founder, made one of the most critical decisions in his life: he would step aside as CEO, telling one of his directors, "No single individual can run this company effectively under the current circumstances. I need help. Help me get that help." (Ibid., p. 55)


When you consider the reputation of U.S. automakers at the time as myopic and egotistical (deservedly so), this was a remarkable move from a self-aware leader. That it was a descendant of Henry Ford made it all the more shocking.


"The most remarkable operating executive in the country"

That was Bill Ford's reaction was after meeting Alan Mulally for the first time. (Once Upon a Car, p. 146) Alan was EVP of Boeing's commercial aircraft division at the time, and it took quite a bit of wooing to convince Alan to leave the aeronautics industry.

Alan was eager, energetic and earnest. He had a charming demeanor: jubilant, familiar, and always asking questions. And he quickly assessed the situation, saying "I think you need clarity. You need real clarity of the plan, clarity of communication." (Ibid., p. 149)


Alan always had a way of taking a complex situation and creating a simple way of thinking about it — that clarity that he mentioned to Bill. But in my experience, Alan's simplification never made you feel as if he was talking down to you. He was always bringing you on a journey with him.

For someone who had successfully run a major division of a company like Boeing and ran a global icon like Ford, Alan had plenty of reasons to have an ego. And yet, he was more humble than anyone I've ever met.

If you expressed how proud you were to work for him and what a great job he was doing, he'd always demur with, "Scott, it's an honor to serve."

Henry Ford had once been the chief engineer at Edison's main plant in Detroit. He considered Thomas Edison a mentor, and later they could become colleagues: two visionaries who, through their innovations, changed how the world worked.


"Vision without execution is just hallucination."

And the execution is exactly what Bill Ford was struggling with before hiring Alan. Bill has always been a visionary. It's extraordinary to watch him think and animatedly talk about the possibilities that the future brings. His TED Talk in 2011 was ahead of its time, addressing many of the mobility opportunities that are here today.

But Bill needed someone to execute on that vision.

He found it in Alan, who said: "I kept thinking: a compelling vision, a comprehensive strategy, and then relentless implementation. That's our plan." (Ibid., p. 155)


But Alan knew that it wasn't enough to have a vision; he needed the visionary by his side to keep the momentum going. Again his humility came to the surface as he gave a condition for his employment:

"I won't take the job unless Bill stays as chairman. Bill has the name. I'm sure he has the magic with the employees, and probably with the dealers. He can do things I wouldn't be able to do because of who he is and the way he is." (American Icon, p. 72)


That's exactly what happened. Alan took the CEO role on September 6, 2006 and he and Bill Ford announced the partnership to the world.


It was a partnership in emotional intelligence. In servant leadership.

And I'm honored to have served with them. 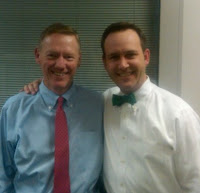 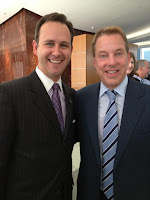 Quote of the Week


"The chief proof of man’s real greatness lies in his perception of his own smallness."
– Sir Arthur Conan Doyle 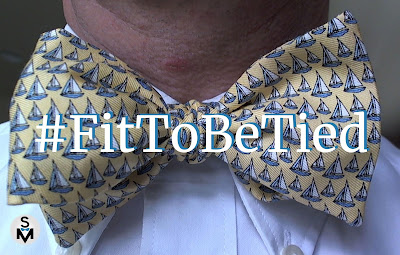 The latest #FitToBeTied episode has a logical recommendation for Mark Zuckerberg amid Facebook's prevaricating over political ads.