C-Level Executives Should Lose the Attitude When Communicating 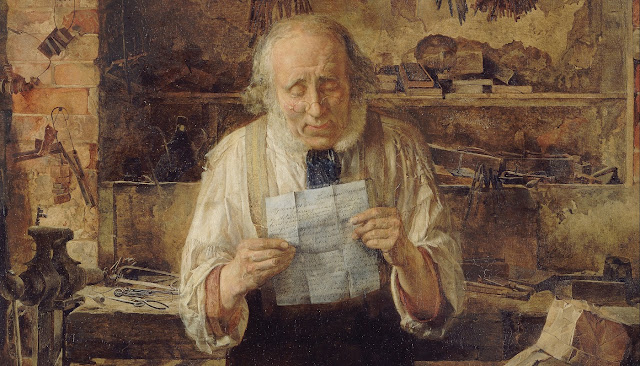 Every external-facing executive has had this challenge.

You're working diligently on advancing your business, growing your customer base, expanding your products and services, improving your bottom line, and telling your story. But there's someone — or even worse, a group of someones — who aren't interested in your best efforts; they won't be satisfied until you shake up your business and bend to their requests.

When someone like that has a platform to make their voice heard, and they don't take into account any of the talking points or convincing conversation you've shared with them, it can be frustrating.
So frustrating that you just want to unleash on them and give them a piece of your mind.

Whether you're a CEO, chief communications officer, or a public relations executive and you're dealing with public-facing entities (customers, the media, shareholders, employees, etc.) who haven't quite gotten the gist of your message — or who seem to have an agenda of their own — don't let your feelings of annoyance color your communication.

Because you know what doesn't look good on any public-facing executive? Contempt.

The first is from Dan Bartlett, EVP of Corporate Affairs for Walmart. In the lead-up to the annual shareholders meeting at Walmart, Dan had a series of tweets that took aim at Senator Bernie Sanders (who has been overly critical of Walmart):

We welcome @BernieSanders on his campaign stop to Northwest Arkansas. Here are a few facts I’m fairly certain he won’t acknowledge while describing his outdated view of Walmart. (1/4)
— Dan Bartlett (@danbartlett6) June 5, 2019

No other company in the U.S. is making debt-free college education accessible to more than a million people for about $1 a day. No other company has opened 200 training academies, providing enhanced workforce skill-building for hundreds of thousands just this past year. (2/4)
— Dan Bartlett (@danbartlett6) June 5, 2019

No other company has hired more than 225k veterans in the last 5 years. No other company in America has pledged to avoid emissions in the supply chain by 1 BILLION metric tons by 2030! (3/4)
— Dan Bartlett (@danbartlett6) June 5, 2019


Now, I get that Sanders has been a thorn in Walmart's side for quite a while. And I also get that Walmart has done all of the things that Bartlett notes (disclosure: Walmart was once a client of mine). It must be dismaying to not get credit for the positive developments that demonstrated a move in the right direction.

The "welcome...to Northwest Arkansas" was about as sincere as "with all due respect." He may as well have ended with "Bless your heart."

If an executive wishes to engage someone in a debate or make a point about valid progress, an open, respectful and upbeat tone will win over detractors, rather than firing bullet points of rebuttals with a flippant attitude.

Tony Cervone, the SVP of Global Communications for General Motors, didn't appreciate the coverage that The New York Times was giving to the shuttering of GM's Lordstown, OH plant. In his view, the paper was focused only on doom and gloom and the Times published his letter:

The letter was balanced in that it acknowledged the struggles that the workers, community, and the industry is facing, and showed the way that GM worked to find options for employees and for the facility itself (although that is still uncertain). It opened with the observation that "What has been missing is any sense of optimism."

But along the way, a creeping sense of disdain began to rise. It concludes with Cervone telling the paper how to do its job, insisting that the narrative that he has shared "should drive a sense of optimism, not despair."

When a company works so hard to show how it's trying to make the best of a bad situation and that effort is ignored, it's disappointing when a publication misses the mark. But if you allow antagonism to seep through while making your point, it can seem off-putting.

If you're a public spokesperson of any sort and your communications invoke any of the above adjectives, it's disrespectful. It shows that you don't understand the other side, that you believe their position is invalid, or that your view is the only view.

It's human to have emotions — especially negative ones. And it's a struggle to keep them in when you're thwarted. Heliotropism takes practice.

Communications executives who demonstrate patience, optimism, empathy, and show their best selves will be respected by those with whom they seek to influence and will reap the rewards in the long run.