The Four Powers of Stories that Unite Us 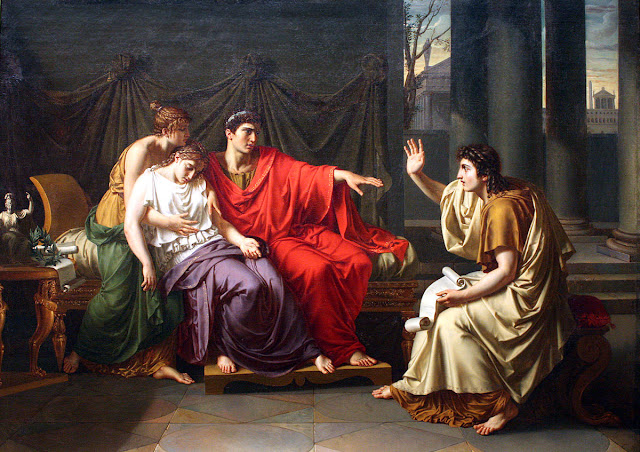 It's the Monday after the Game of Thrones finale, and you know what that means: every marketer and communicator alive is thinking about Tyrion's speech.

Yes, I'm going there, but I've got a story to share with you along the way.

In case you didn't get a chance to see it yet (or simply don't care about it), here's the lowdown: in the series finale of Game of Thrones, Tyrion Lannister gave a monologue in which he said:


“What unites people? Armies? Gold? Flags? Stories. There’s nothing in the world more powerful than a good story. Nothing can stop it. No one can defeat it.”


It was a fine speech — one that moved leaders to set a bold new direction for the realm. And I'm guessing that your inbox or timeline will be deluged with a marketing hot take on it.

The power of storytelling is certainly worth spending time on. But more than acknowledging that stories do in fact work, we should try to understand why they work. More on that in a moment.

But first, a story.

Of all of the leaders of the ancient world, there are very few who stand out: Alexander the Great, Ramses II, Hammurabi, Julius Caesar. But there was one central figure whose reign gave way to the Pax Romana, a sustained period of relative peace and the firm establishment of the Roman Empire.

But Augustus had an issue as he rose to power: following the violent death of his uncle and a vicious battle for his place at the helm, he had to show that he was worthy and capable of the position, and that Rome claimed its place in the world.

Until then, Rome was forever in the shadow of Greece, that bastion of civilization and philosophy. Romans were more engineers than philosophers, creating the infrastructure that allowed cities to thrive (We Classics majors have a saying: "The Greeks had the brains; the Romans built the drains."). And Greece had its origin story in the Iliad — the classic tale of the Trojans kidnapping Helen, and the vicious dispute between Agamemnon and Achilles.

That epic poem was known for centuries throughout the Mediterranean. Every Greek and Roman citizen knew its content and its significance. And Augustus knew that the secret to every good society was an origin story.

So, what did he do? He commissioned the poet Virgil to craft a national epic that would speak to Rome's illustrious beginnings, make the connection between Augustus and the gods, and serve as a common point of pride for all Romans. Thus the Aeneid was born.

The Aeneid was a powerful set of stories that picked up at the close of the Trojan War, followed Aeneas to the shores of Carthage (Rome's archenemy), Jupiter's command to found a new city, his marriage to the daughter of King Latinus,  and the eventual prophesies of Rome, Augustus, and his ancestors.


So, with that bit of history behind us, let's look at four powers of stories that bring us together.

The Four Powers of Stories

Virgil was able to put into 12 books of the Aeneid the facts (okay, they were presumed facts) about the founding of Rome. With any story, we're trying to get a point across. That is, we want to convey something about ourselves to someone, whether it's part of our origins or making them aware of something new. Rather than just blurt out a series of specs or features, if we put a story around them, we make it more likely that someone will retain those facts. Stories carry information for us.

The delays, challenges, and victories that Aeneas experienced would have been relatable to Romans. They probably even knew some of the scenery of his travels. When we tell stories, we do so in a way that captures the essence of a scene, action or person. The better we are at being descriptive, the more likely we are to simulate actual events and make someone else feel something. And when you provoke feelings, you're easier to relate to. Stories create an emotional connection with others.

If anything, Virgil laid out the national culture of the then-modern Roman Empire: a prophesy as dictated by Jupiter himself, victorious despite many challenges, and embodied in the current leader. The stories we choose to tell over and over create a unique aura about us, showing others what matters to us and why we're different. This is how culture is set, and culture essentially is the result of stories we tell about ourselves. Stories help create and showcase our culture.

History can seem like a jumble of facts. But put it into a series of harrowing tales and derring-do, all in dactylic hexameter, and you've got a blockbuster on your hands. If you've ever been bored to tears at a business presentation or a family gathering, you know how unlikely you are to want to attend again. But think of how pleasantly surprised you might be if the presenter or dinner companion told you a series of riveting or raucous stories. Suddenly, getting you to attend another is more likely. Why? Stories provoke action through enjoyment.


We each hold within us the ability to tell stories. It's been part of the human condition for millennia. Some of us are better at it than others, but practicing it — or bringing someone in who can help — will make your firm more successful.