Listen to this article.

One of the most peculiar figures of ancient Greece was Diogenes of Sinope, the Cynic philosopher. He believed in living his values, rather than simply talking about them.

Diogenes made it his life's mission to challenge established norms or customs. While his father minted coins for a living, Diogenes completely rejected that and made poverty a virtue. He spent his days in the marketplace, living in a tub or barrel, wandering the streets with a lantern in the daytime, saying that he was looking for an honest man.

He didn't care what others thought of him; he lived as a preached. Even when Alexander—as in Alexander the Great—met him and asked if he could do anything for him, Diogenes responded with, "Yeah, move. You're blocking my sunlight."

To him, it didn't matter whether Alexander was a king or a pauper; Diogenes treated everyone the same. There's something to that kind of free and easy and unconcerned attitude that we can all relate to. But can we put it to practice in our work? That's the challenge.

In recent weeks, I've spent time talking about transparency and reputation. We know there's a balance that works for your brand. At the intersection of those is authenticity. And a purple tutu.

A Lesson from the Old Bailey

Horace Rumpole is a portly, curmudgeonly British criminal barrister who never pleads guilty, lives on his wits, cheap red wine (Château Thames Embankment) and small smelly cigars, and refers to his wife Hilda as "She Who Must Be Obeyed."

In the short story "Rumpole a la Carte," we find Hilda angry with Rumpole because of the way he behaved at a fancy restaurant, and the years of dealing with Rumpole's idiosyncracies have pushed She Who Must to the tipping point.


Hilda looked at me, weighed up the evidence and summed up, not entirely in my favour. “I don’t think you’ve made that terrible fuss because of what you thought about the commercial law,“ she said. “You did it because you have to be a 'character' don’t you? Wherever you go. Well, I don’t know if I’m going to be able to put up with your 'character' much longer.“
“You have to be one all the time, don’t you?” She was clearly getting into her stride. “With your cigar ash and steak and kidney and Pommeroys Ordinary Red and your arguments. Always arguments! Why do you have to go on arguing, Rumpole?”

“Arguing? It’s been my life, Hilda," I tried to explain.

On the way to my place of work I spent an uncomfortable quarter of an hour thinking over what she who must be obeyed had said about me having to be a “character”. It seemed unfair charge. I drank Château Thames Embankment because it’s all I can afford. It keeps me regular and blots out certain painful memories, such as a bad day in court in front of Judge Graves, an old darling who undoubtedly passes ice water every time he goes to the Gents. I enjoy the fragrance of a small cigar. I relish an argument. This is the way of life I have chosen. I don’t have to do any of these things in order to be a character. Do I?

[If you like Rumpole, you can find a video of the story above here.]


Just like Diogenes, Rumpole is unapologetically himself. He has a credo—a brand—and he is consistent no matter the situation.


"No man can wear one face to himself and another to the multitude without finally getting bewildered as to which may be true."
– Nathaniel Hawthorne (tweet this)


Authenticity in my Inbox

I recently checked the email notifications I got from the neighborhood social network Nextdoor. It was the usual set of complaints and announcements: a stray dog, someone needs a house cleaner, school registration, et cetera.

But then, right there in the middle was the subject line: "Purple tutu." 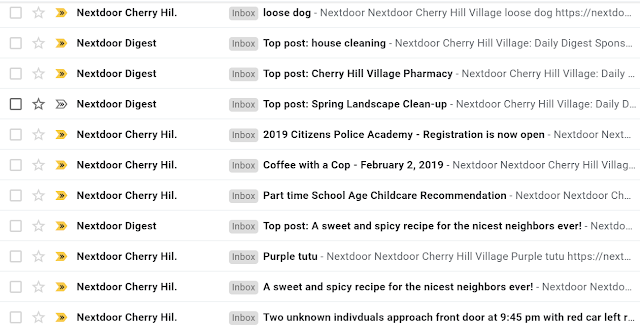 Now, if that didn't get my attention, nothing ever would. I clicked on it and saw that Mona was asking where should could buy a purple tutu locally. While no one had a definitive answer for her, it was one of the most clicked on messages on the platform. Because Mona's question was so different from the usual groans and bleatings of Nextdoor.

The lesson is to stand out. But stand out for being you, not just for the sake of standing out. Or, as W.H. Auden put it:


Authenticity is the true you – if you act the same way you think. People can tell when you're faking it. Why spend time trying to fit in with others when you can simply telegraph your own values, ideas, and personality to the world?