Emotionally Intelligent Leaders Do This One Thing 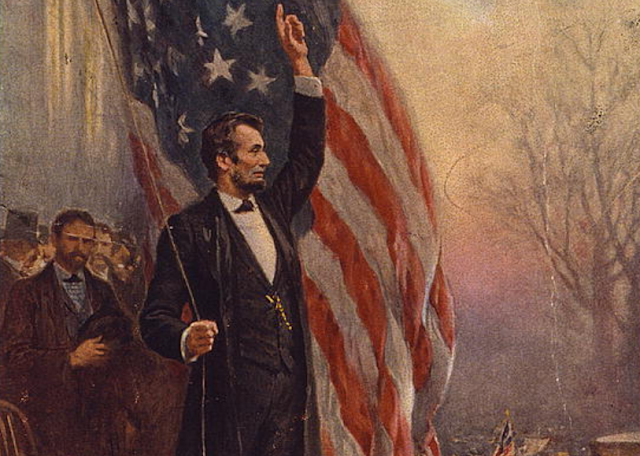 We think we know Abraham Lincoln pretty well. The 16th president of the United States stands as one of the greatest leaders of all time -- one who guided us through the U.S. Civil War with wisdom and patience, while riddled with self-doubt.

He is on the penny and the five dollar bill. The Lincoln Memorial stands in a prominent place in Washington, DC. John Wilkes Booth made him a martyr; the Gettysburg address made his words immortal.


But before he was President he served a single term in Congress. After having sthis term, Lincoln returned to Illinois and considered himself a failure.

He had hoped that his service to the cause would have resulted in a presidential appointment in an important office, but was disappointed when it didn't happen.

During the next five years, he withdrew from public life and lost interest in politics.

But far from being an unproductive time, Lincoln threw himself into his legal practice and more importantly, into a prolonged period of intense "personal, intellectual, moral, and professional growth," as recounted by Doris Kearns Goodwin in Leadership in Turbulent Times. How did he do it?


Through tireless and honest self-examination. He knew that if he wanted to make an impact on the world, this effort had to be relentless and sustained: he needed "a willingness to confront weakness and imperfection, reflect upon failure, and examine the kind of leader he wanted to be."

The Abraham Lincoln we think we know is held to ideals of great wisdom, insight, and success. But becoming that Lincoln required a great deal of work.


"Learning without reflection is a waste. Reflection without learning is dangerous."

And he was right. What we contemplate helps us to determine a path forward. We all make mistakes -- in personal relationships, with co-workers, on projects -- it's part of being human. But if we fail to learn from those mistakes, we'll find ourselves making them over and over.

You've probably come across senior leaders who think they know everything, or those who belittle others, or who are inexperienced. But those aren't the most difficult clients to coach. It's the ones who won't take the time to reflect on themselves who are problematic.

An an article in the Harvard Business Review, Jennifer Porter wrote:


"Reflection gives the brain an opportunity to pause amidst the chaos, untangle and sort through observations and experiences, consider multiple possible interpretations, and create meaning. This meaning becomes learning, which can then inform future mindsets and actions."


Abraham Lincoln's habit of self-reflection, taken up in 1849 following his defeat for a second term in Congress, formed the basis of what he needed during the Civil War.

For without the intense self-discipline to scrutinize himself, he would not have developed the habit that allowed him to block out the chaos of the early 1860s and take the counsel of his team of rivals that fueled his decision making during the war.