Your Path to Success Requires This Characteristic 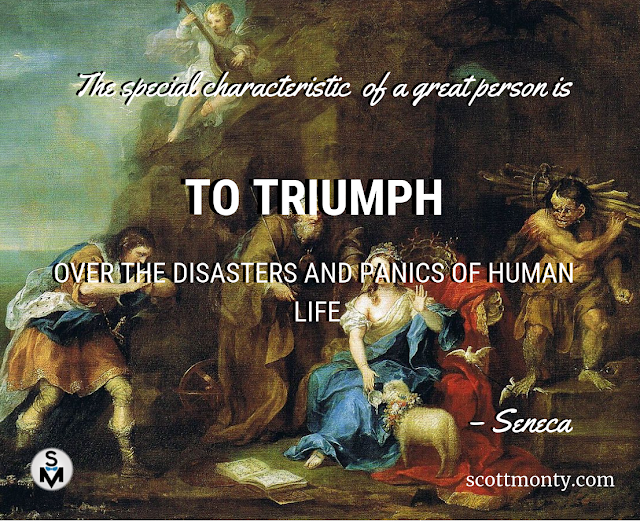 His father was a dress cutter who did not get much work after the Great Depression began. As a result, his family had to live in a one-bedroom apartment in New York, where they barely scraped by.

As a boy, he read voraciously in that small apartment. His parents, Jack and Celia were Romanian-born immigrants, and were happy to indulge this passion and even bought him a bookstand that he could keep on the table so that he could read during dinner. He particularly enjoyed Sherlock Holmes stories.

When he was able to go to the movies, he enjoyed the dashing and heroic Errol Flynn.

The young boy knew what a sacrifice all of that was for his parents, and inspired by those books and the movies he watched, he vowed to grow up to write the Great American Novel.

At 16, his Uncle Robbie helped him land his first job as an office assistant at a publishing house. There he'd fetch lunch, proofread, and refill artist's ink jars… Not exactly a glamorous path toward becoming a writer, but it was a start, and it was close to the action.

But when he finally was given a job as a writer at that office, he did something strange: he refused to use his real name.

You see, he aspired to something greater. And he felt that he would sully his real name if he used it in connection with a job that was not as serious as he'd like.

But the boy — now a young man — was a natural storyteller. And his stories took off. At which point, he abandoned his dream of being a novelist and legally changed his name to his pen name: Stan Lee. And you probably know his catch phrase: "Excelsior!" It's the official motto of his home state of New York and it means "ever upward."

Stan took the detecting skills of Sherlock Holmes and the swashbuckling acrobatics of Errol Flynn and merged them into his characters. By the tender age of 19, he was granted editorship of Timely Comics, which would evolve into Marvel Comics.

Lee died in November 2018 at the age of 95, but when he died, not many people were aware that he suffered from a debilitating malady.

He had created the super-strong Incredible Hulk. He invented the wisecracking, web-swinging Spider-Man. And the mystical, magical Doctor Strange. By the end of Lee's life, Marvel had a library of some 8,000 characters.

And these characters were more human than its rivals in the D.C. Comics universe. They had teenage angst. They couldn't hold relationships. As many as 180 of them — including Daredevil —  were blind.

For you see, this master storyteller — the man who breathed life into these characters, who wove their stories with wonderful color, who made cameo appearances alongside each of them on the big screen — this man, Stan Lee, in the last few years of his life, couldn't see any of that.

By the time he reached his early 90s, Stan suffered from macular degeneration. He was legally blind.

But he kept taking interviews, going to screenings, and speaking at Comic Cons.

"Success comes to the lowly and to the poorly talented, but the special characteristic of a great person is to triumph over the disasters and panics of human life."
– Seneca [tweet this]

It seems like the ultimate irony that a visual storyteller should be robbed of his sight. It's along the same lines of Beethoven gradually losing the ability to hear, yet producing some of the most glorious music the world has ever known.

How many of us would survive, let alone thrive under such circumstances?

It takes a certain kind of internal fortitude to handle that. Self-confidence. Even gratitude for that which we still retain.

When Henry Wadsworth Longfellow wrote his poem "Excelsior," he noted that it was inspired by the Latin phrase Scopus meus excelsior est ("my goal is higher").

The shades of night were falling fast,
As through an Alpine village passed
A youth, who bore, 'mid snow and ice,
A banner with the strange device,
Excelsior!

His brow was sad; his eye beneath,
Flashed like a falchion from its sheath,
And like a silver clarion rung
The accents of that unknown tongue,
Excelsior!

In happy homes he saw the light
Of household fires gleam warm and bright;
Above, the spectral glaciers shone,
And from his lips escaped a groan,
Excelsior!

"Try not the Pass!" the old man said;
"Dark lowers the tempest overhead,
The roaring torrent is deep and wide!"
And loud that clarion voice replied,
Excelsior!

"Oh stay," the maiden said, "and rest
Thy weary head upon this breast! "
A tear stood in his bright blue eye,
But still he answered, with a sigh,
Excelsior!

"Beware the pine-tree's withered branch!
Beware the awful avalanche!"
This was the peasant's last Good-night,
A voice replied, far up the height,
Excelsior!

At break of day, as heavenward
The pious monks of Saint Bernard
Uttered the oft-repeated prayer,
A voice cried through the startled air,
Excelsior!

A traveller, by the faithful hound,
Half-buried in the snow was found,
Still grasping in his hand of ice
That banner with the strange device,
Excelsior!

There in the twilight cold and gray,
Lifeless, but beautiful, he lay,
And from the sky, serene and far,
A voice fell like a falling star,
Excelsior!


Pushing forward while others are quitting may seem like folly to some. But for those with a vision — a higher goal — seeking to make a difference in the world, there's something pushing us onward.

If you cultivate a team to share that vision and to share the burden together, the journey becomes a joy, and completing it is within your grasp.

Going it alone — well, you may end up like Longfellow's fateful traveler.