Don't Stop Innovating Because You're Big 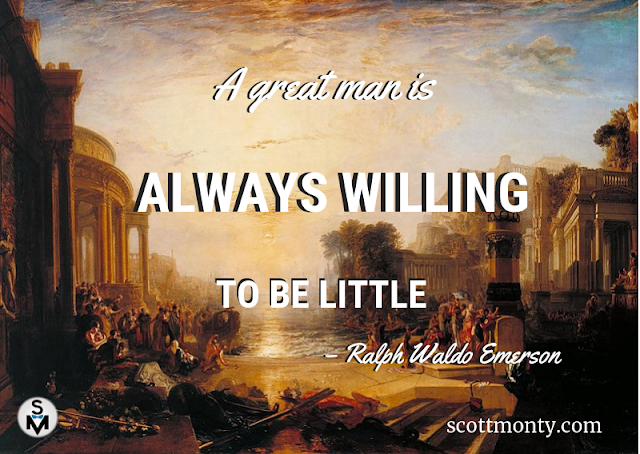 Samuel Moore was born on a farm in the plains. Throughout his youth, his family moved often, as farming didn't provide enough for them. They picked up and moved from Oklahoma to various towns in Missouri, and as he got older, Samuel eventually got a paper route and event milked the cow to help his family out.

He knew he wanted to go beyond small town farm life, so he enrolled in college and took small jobs to support himself, just scraping by. He even had to wait tables in exchange for his meals.

But eventually, Samuel graduated, moved to Iowa and got a job as a trainee with J.C. Penney. He learned enough that he bought a single store in the Butler Brothers chain. He was a flourishing entrepreneur whose store became so successful that his landlord took notice, refused to renew Samuel's lease, and raised the rent to five percent of sales.

Young Samuel, still in his 20s, learned his lesson: he would never again be at a disadvantage against a larger, more powerful entity. From then on, he knew what he had to do to fight back as a small businessman. He determined that he would own rather than rent property, and that his stores needed to be consistently stocked with a full range of goods.

Samuel would go on to not only show those powerful franchises and lease-holders that he had the stamina and cleverness to fight them, but to beat them at their own game. He went from a humble and dime store in downtown Bentonville, Arkansas to build the world's largest corporation.

For Samuel Moore — Sam, to his friends — Walton was the founder of Walmart.

What do the Roman Empire, GM, and the Titanic have in common? They were all thought to be too big to fail.

Rome of course overcame Carthage, another empire that consisted of Southern Spain and North Africa – the entire west and south areas of the Mediterranean. GM was humbled into bankruptcy in the carpocalypse and financial meltdown of 2009. And though its makers claimed "even God himself could not sink the Titanic," the largest ship ever made at the time, we all know what happened.

We've even developed shorthand lingo that automatically lumps companies or industries into the same category: Big. As in Big Oil. Big Pharma. Big Auto. And lately Big Tech. And that "Big" is assigned as a pejorative—an insult—as if they’re evil simply for being so big.

There's a natural tendency to hold such entities in disdain, as they become more and more successful, perhaps taking advantage of their size and influence to have an unfair advantage. It's human nature to experience envy when someone or something else reaps profound benefits while we remain seemingly rooted in place.

We even cheer for them to fail, expressing Schadenfreude, or the experience of pleasure in the pain of others, when they do.

Rooting for the Underdog

When the little guys come along, we're likely to want to see them succeed because they channel some part of us. They face insurmountable odds, but they have the courage to take on the Goliaths.

Think Dollar Shave Club, who took on Gillette to supply lower-cost razors with a subscription model. They attracted the attention of P&G, parent company of the Gillette brand, who eventually purchased Dollar Shave Club for $1 billion.

Similarly, when Keurig announced that its new system would only allow Keurig-approved K-cups — the coffee pods whose price Keurig simultaneously raised — Rogers Family Company stood up to them. They created what they called a Freedom Clip that covered the K-cup reader in Keurig machines, allowing customers to use whichever coffee pods they wanted. They were deluged with orders for the Freedom Clip.


"A great man is always willing to be little."
– Ralph Waldo Emerson [Tweet this quote]


It's funny, isn't it? As companies grow, they often forget the strategies and practices that made them successful and well liked when they were small. [Tweet this!] They become complacent. They develop a sense of corporate rigor mortis, stiffening their resolve against change.

But we find ourselves liking big companies that still embody that sense of their roots. Consider Amazon, which has been around for just over 20 years. Its CEO Jeff Bezos is now the richest man in the world, but we still admire Amazon for its agility and willingness to try new things, even as it outstrips entire markets.

There's humanity within every company, large and small. And Big doesn't necessarily mean bad. Set aside the envy-triggered feelings and look for examples of little, wherever they may be.