Why We Fall For It Every Time 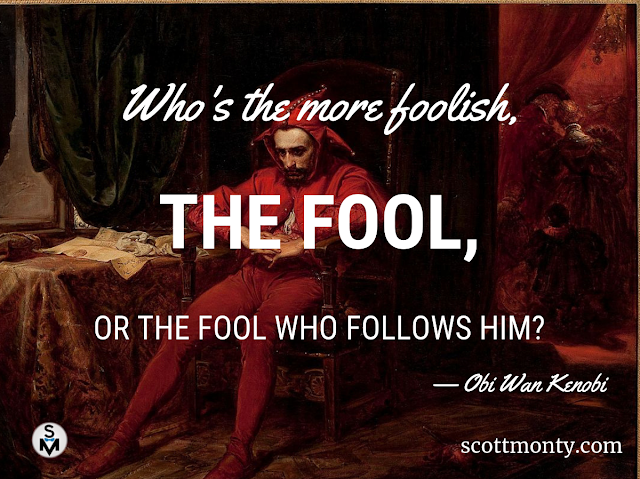 One of the great points of pride about young Finn Taylor's life was that by the age of two, he was a landowner. When he was still a baby, his grandfather gave him the deed to a sizable parcel of land called Ivy Island.

And from his youth, he reminded anyone who would listen that he was a landowner. It was drilled into his head at home, as his parents asked him to remember the family when he came of age and took possession of all of that property.

But he didn't let it change him —  he still gladly played with the neighborhood children, even though in his head he knew he would be a wealthy landowner one day. It didn't change him — until he turned 10, that is.

For the summer of his 10th birthday, Finn's father finally gave in to Finn's pleading to see Ivy Island and took him there to see it with his own eyes. And Finn's eyes and mind would never be the same after that.

You see, Ivy Island was nothing more than five acres of swamp with a clump of trees strangled with ivy. Finn's grandfather played a practical joke on him —  one of the most prolonged pranks of his life —  and Finn had been the butt of the joke among the family during that entire time.

That humiliating joke taught Finn a valuable lesson about himself and about humans: he truly disliked being fooled, and people will fall for anything. Right then and there he vowed to never be deceived again.

But Finn would go on to pull the wool over the eyes of millions of people worldwide. For Finn -- Phineas, to his family -- knew that there was a sucker born every minute, and he used that to his advantage to fool millions of people around the world as one of the greatest showmen on earth. You of course know him as Phineas Taylor… P.T. Barnum.

Living on a Chance

Recently I wrote about smoke and mirrors, or the intentional—sometimes manipulative—deceptions that companies put before us.

It got me to thinking about Maria Konnikova's book The Confidence Game, which explored the long history of con men and the hapless victims of cons, who many times happen to be quite intelligent. She thought that it comes down to the very human nature of hope: how we'll gladly suspend belief if we think something might be true.

Or, as William James, the father of modern psychology wrote,


"No fact in human nature is more characteristic than its willingness to live on a chance."
[Tweet this quote]

With advances in technology, we're seeing more chances to do things — things that give us hope. Facebook wants to make the world more connected. Amazon wants to make our wildest dreams of product consumption possible.

And who can forget Elon Musk, who gave us the great hope of self driving cars, not within our lifetime, but within the calendar year? And production volumes that are simply laughable by a company with no manufacturing experience.

While cheats and swindlers may be a dime a dozen, true con men are elegant, outsized personalities, artists of persuasion and exploiters of trust. And Musk is believed by a wave of acolytes who can't bear to hear a negative word uttered about him. As Konnikova wrote: "One man's confidence artist is another man's spiritual leader."

The latest news from Tesla is that the Model 3 will not have the controversial fully self-driving option and will be $10,000 more expensive than promised. In a conference call with investors two years ago, Musk promised that all Teslas would be equipped with hardware that would make fully autonomous driving possible.

Thanks to the hype around Tesla, Musk's penchant for twitterhea, and our desire to believe, 71 percent of people globally believe that Level 5 fully autonomous vehicles are available today. Tesla, the would-be leader in this space, produces vehicles at Level 2, which require a driver to be alert and behind the wheel, ready to take over at any moment. Yet Musk would have us believe that Level 5 is imminent.

But we go on believing. Why? Because we're convinced that someone smarter than us has the answer. Someone can impact climate change with alternative energy vehicles or help save lives by making cars safer. As Konnikova writes, "Nobody sets out to be conned: we set out to become, in some way, better than we were before."

As we see more lies exposed and we realize exactly how we've been conned, perhaps we need to turn to the sage words of another ancient philosopher:


"Who's more foolish, the fool or the fool who follows him?"
— Obi Wan Kenobi [Tweet this quote]

If you think you don't be fooled at some point in your life, you're just fooling yourself.