The Future Has Already Been Here 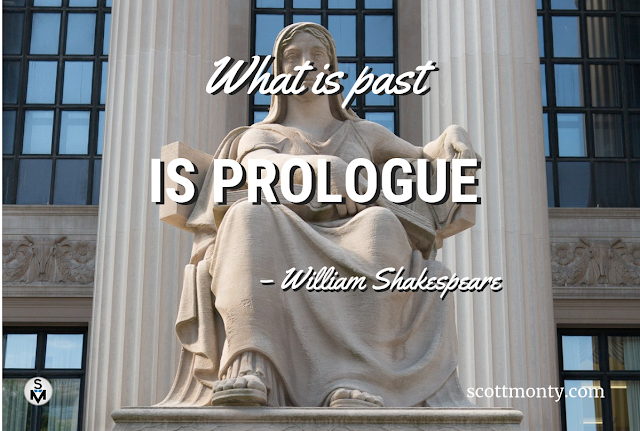 Technology. It's everywhere. And it's increasingly infringing on humanity.

The physician Conrad Gessner was one of the first people to raise a concern. He was respected by his colleagues and his professionalism made him a serious thinker.


So when he warned us about the effects of information overload, the world took note. In one of his five books, he described how the modern world overwhelmed people with data and that the human mind would be confused and irreparably damaged if something wasn't done.

Today, as we're in the midst of oversaturated algorithms, the prospect of fake news, and constant interruptions from notifications, we see how Dr. Gessner's concerns were real. We bemoan the unprecedented risks of living in digital world that doesn't seem to have an off switch. We look for digital detox opportunities and quiet spaces. This unique problem must have unique solutions.

Oh, and what happened to Dr. Gessner? Well, he took his own advice to heart: he never once used e-mail and didn't even own a computer.

That's not because he was a curmudgeon about technology. You see, his landmark book was the Bibliotheca universalis, and it was published in 1545. For Conrad Gessner the physician, naturalist, philologist and bibliographer wasn't concerned about Facebook updates, selfies, text messages, emails, or even the Internet itself. He was warning the world about the impending flood of information in "confusing and harmful abundance" that was about to be unleashed with the advent of Gutenberg's printing press.

Socrates famously warned Phaedrus against writing because it would "create forgetfulness in the learners' souls, because they will not use their memories."

In the 1700s, the French statesman Malesherbes railed against the trend of getting news in print, arguing that it socially isolated readers and detracted from the spiritually uplifting group practice of getting news from the pulpit.

The point is we've been through these arguments before, and yet we still seem to find our way back to them through modern technology. The same principles apply, even though the tools are more modern.

We're seeing Amazon becoming more like a traditional retailer. What do retailers typically have? A loyalty program (Prime), generic or house brands (Amazon Basics), and the ability to run advertising or placements.

Also, Amazon's free two-day shipping - once their defining feature that amazed every consumer who shopped on line - has become the price of entry for online shopping. And yes, it's not "free," but bundled into their $119 annual Amazon Prime fee. Two-day shipping is now the expected standard, and other retailers have had to respond.

How Sears and Montgomery Ward changed American shopping and shipping

But decades ago, long before Amazon Prime, the American shipping industry nowhere near as developed. At the time, it was the mail-order catalog companies Sears & Roebuck and Montgomery Ward that changed the face of commerce.

When they first printed catalogs in the late 1800s, the companies capitalized on the growing mail and package delivery process in the United States. At issue was how the postal system delivered to rural addresses. This was also at the same time that the American shipping industry began to rise.

Montgomery Ward took advantage of the rail system. As long as you could get to a train station, you could pick up your goods. But in the early 20th century, 65% of America's population was rural, and didn't have access to mail or parcel delivery.

Sears and Montgomery Ward had to lobby for parcel delivery - it was called "rural free delivery." Infrastructure grew to support it and the U.S. Postal Service eventually expanded its parcel service to postal delivery as well.

Does this strike you as similar to any other modern merchant and its impact on logistics, delivery, and commerce?

As we saw on the sculpture The Future in front of the National Archives:

"What's past is prologue."
— William Shakespeare

Stories like those of Gessner, Socrates, Sears, Shakespeare and others are not just history.

They are in many ways, a travel guide for the future.


Listen to this article:

Hey, can you do me a favor? If this struck a chord with you, please share it with your network.