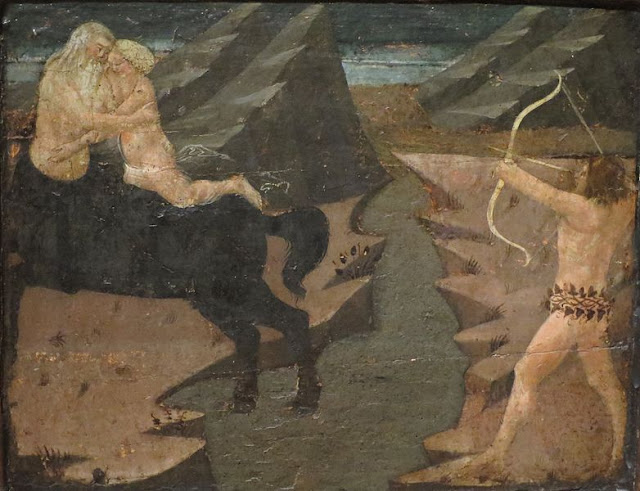 One of the reasons we enjoy stories is because they're relatable. They represent humanity and are emotionally driven.

The ancient Greeks and Romans knew this, as they spun yarns about the gods and heroic figures to explain aspects of nature or of the founding of their societies. The characters in their myths and legends had flaws just like we do, making it possible for their people to understand how it related to their own lives. Achilles' anger, Zeus' infidelity, Narcissus' self-infatuation. We could identify with them.

In the tradition of American tall tales, there's a similar tradition. Sometimes, the facts around a historical figure are embellished a bit, while other times characters are invented to explain a phenomenon. Johnny Appleseed was actually John Chapman, who planted nurseries of apple trees, while Paul Bunyan was a gigantic lumberjack who made the Grand Canyon while dragging his ax behind him.

And in more modern folklore, we have characters like SNL's Bill Brasky, the indefatigable Chuck Norris, and the Most Interesting Man in the World. Each one of these begins with a nugget of truth and builds on it in an entertaining way.

Which leads to this question: in marketing, do you have to lie to get ahead?

Perhaps "lie" is too harsh a word (although Seth Godin wrote All Marketers Are Liars). All marketers are storytellers, certainly. And just like the examples above, the stories need to be pertinent and believable. When we feel like we're part of the embellishment — that is, when it's known to us — we'll go along with it.

When it doesn't work is when it's an outright lie and we discover we're being deliberately deceived. If our trust is breached, it feels like a violation.

There's a fine line between embellishment and lie. The difference is in how you inform your audience.