How to Ensure Your Legacy 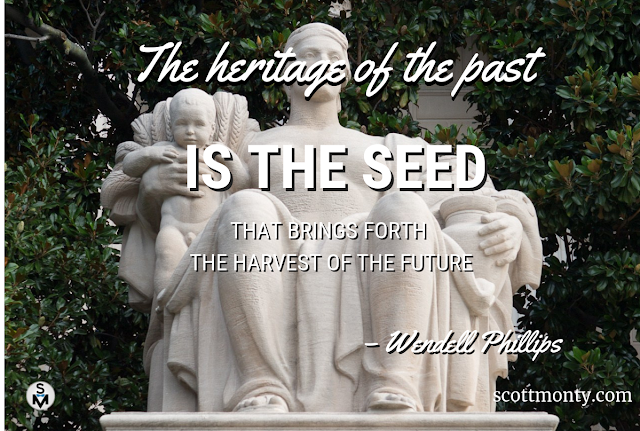 Augie was an unlikely leader. His father died when he was four, his mother remarried, and his stepfather had no use for him. So poor little Augie was sent to live with his grandmother. At the age of 12, he had to give her eulogy.

Augie suffered from a delicate constitution, and struggled to accompany his uncle on business trips as he learned the family trade. His uncle died, leaving the business to Augie, who was all of 18.

His uncle's business partners and competitors vied for their control of the fortune. Given Augie's past, many people were surprised when this neglected and frail youth put up an impressive fight for what was rightfully his. Bit by bit, he won over many of the employees and stakeholders of the firm, creating allies in his dispute with the one remaining business partner of his uncle, who would not relinquish his claim.

It took Augie the next 13 years to ultimately gain victory, as he waged war in courts of law and courts of public opinion, marshalling every resource he had for full control over his family's empire.

And "empire" is an accurate word to describe the family fortune. For Augie — that is, Augustus — had a internationally-renowned uncle who controlled most of the known world…Uncle Julius Caesar.

In every leader's career, there comes a time when they're concerned with their legacy, and Augustus was no different.

This is the third and final installment regarding the statues around the National Archives in Washington, DC. We previously looked at the Past and the Future, and this time, we're looking at heritage.

The quote on the third statue outside of the National Archives is from abolitionist Wendell Phillips:


"The heritage of the past is the seed that brings forth the harvest of the future."


This quote could be interpreted cynically as "You reap what you sow." But I prefer to think of it as a nod toward cultural memory. We're constantly moving forward, but it's our traditions and culture that inform what we do, how we act, and ultimately how we'll be remembered.

You probably have family traditions that you take part in. Maybe they're around the holidays or other  family gatherings.  Or if you don't practice any traditions together, perhaps you occasionally look through family albums or scrapbooks and see what your distant relatives looked like and did.

Whatever the case, you're creating a narrative about your past that frames how you think about your life today and what you'll do in the future. Your legacy.

Augustus was of the same mind. He went through a decade-long soap opera of an inheritance battle. And at the end of it, he commissioned Virgil to write the Aeneid, Rome's origin story that was borne of the Trojan War. It was a clever bit of propaganda that was designed to make citizens of the Roman Empire feel emboldened about their place in history — a bookend to the proud tradition the Greeks had in the Iliad.

While Augustus revolutionized the way the Roman Empire looked and ran, he was still a shrewd leader who believed in a powerful communications message. He subscribed to the same philosophy of publicity as Sherlock Holmes:


“What you do in this world is a matter of no consequence. The question is, what can you make people believe that you have done.”
— Sir Arthur Conan Doyle, A Study in Scarlet

Now, this wouldn't have worked if Augustus didn't actually deliver on his promises and do the things he said he would. He made life in Rome palpably better for citizens. But a good story along the way secured his legacy.

Our habits and work define who we are. And what we do must be consistent with what we communicate. If, like some technology giants, we're abusing our users' privacy expectations while we're asking them to trust us, we're more likely to end up like Mark Antony than Augustus.

Without consistency, our intent becomes muddled and our legacy ceases to exist.