Do You Want to Repeat History or Make History? 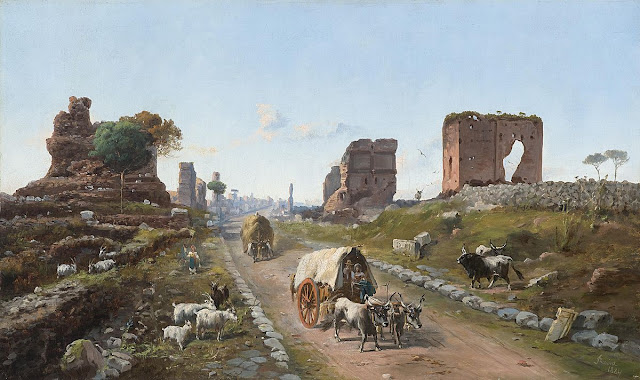 This entry is a little different.

If you're a regular reader and subscriber (first of all, thank you!), you'll know that I lead with a classical painting and I reference a time-honored philosophical or literary quote, making it relevant to what you do each day.

I'm still going to do that, but I'd like to tie in something from a friend and colleague. Jay Acunzo launched his opus magnum yesterday: his book Break the Wheel: Question Best Practices, Hone Your Intuition, Do Your Best Work.


Jay's premise is simple: for years we've been hearing about "best practices," and if everyone moves toward best practices, you end up with too much sameness. And what's right for you isn't necessarily right for me.

By applying your experience, your creativity, and your understanding of your customers and market, you can get at better solutions, better content, and better products. Jay has interviewed dozens of leaders and told stories about them on his podcast, in his newsletter, and now in Break the Wheel.

Simply put, it's a book that you need to pick up if you create anything or oversee a team that does. 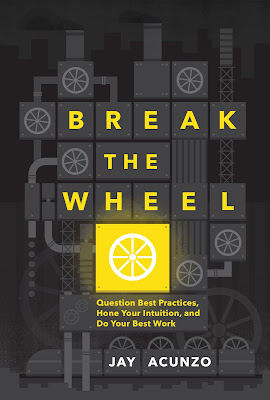 I'm not just telling you about Jay's book because I believe in it enough to disrupt my own cadence of posts (that alone would make it noteworthy). I'm doing it because it's consistent with what we've been talking about here and on The Full Monty podcast regularly.

In this case, I'll turn to my old friend Sherlock Holmes:

"The old wheel turns, and the same spoke comes up. It’s all been done before, and will be again."

Just as Sherlock Holmes reminded us in The Valley of Fear that history repeats itself, Jay's book cautions us to be mindful of that wheel and to make our own independent choices as the spoke comes around again.

Holmes was adept at recognizing patterns to predict what would happen next. Jay knows how to create your own patterns and avoid getting trapped.

Back in my agency days, I developed a concept based on this new 'social media' craze that was in its infancy. I eagerly and proudly presented the idea to my client, and they responded with this retort courteous:

"Do you have a case study?"

"A case study?" I replied. "The technology launched last week. No one has even thought of this, let alone tried it," went the quip modest

I paused for maximum effect, and then asked:


"We want to read a case study," was the reply churlish.

The world is filled with paths that are well-worn by others.