The Downside of Risk 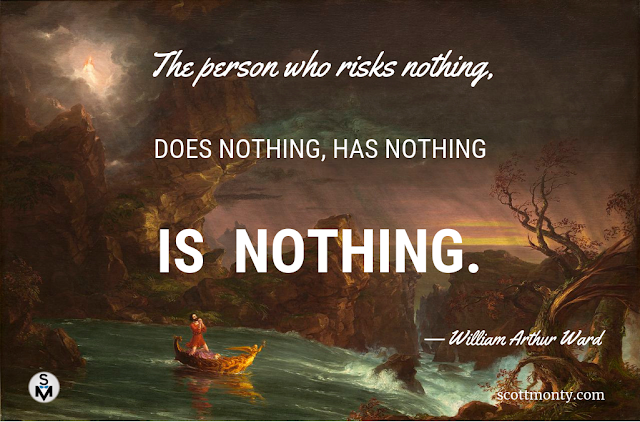 Companies are hotbeds of politics.

I don't mean politics as in government; I'm referring of course to the high-stakes games of hidden agendas, budget fights, and life-and-death struggles for power that plague the halls of large companies.

Whether you're in product development, communications, marketing, IT, or sales, you'll eventually run across one of the most intimidating and challenging groups any corporate executive has to deal with. These individuals will strike fear into you and make you rethink your entire career path to date. They live to wrangle facts and argue.

I'm of course referring to the legal department.

The legal department exists to minimize risk to a company. When you're trying to develop a creative program and the legal team comes in and tells you all of the reasons why you can't do something, it's frustrating.


The legal department's slogan should be:
We Put the 'No' in Innovation.

I used that line on the legal team at Ford Motor Company in my first meeting with them. They actually laughed, if you can believe it. 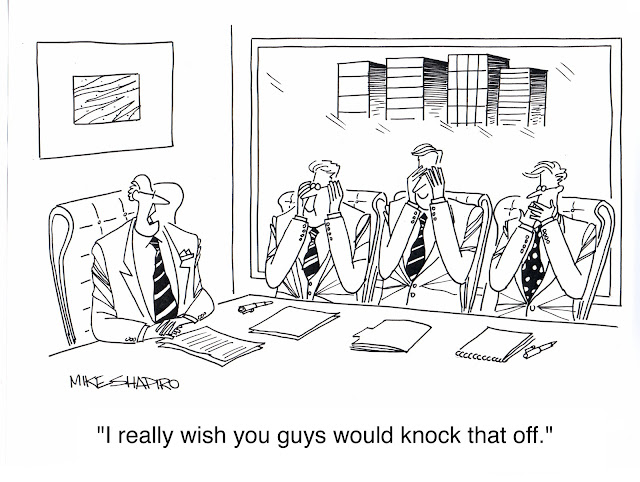 While at Ford, I realized that the corporate legal team was actually strategic ally, if given the chance. They wanted to help, not be a constant source of negativity. We learned that bringing them in early and engaging them in the creative process led to better outcomes for everyone.

But it's the unknown or potentially negative outcomes that hold us back. Being vulnerable haunts us.

William Arthur Ward summed up our fears in his poem "To Risk," and it goes like this:

But risks must be taken because the greatest hazard in life is to risk nothing.
The person who risks nothing, does nothing, has nothing, is nothing.
He may avoid suffering and sorrow,
But he cannot learn, feel, change, grow or live.
Chained by his servitude he is a slave who has forfeited all freedom.
Only a person who risks is free.

The pessimist complains about the wind;
The optimist expects it to change;
And the realist adjusts the sails.

Nike launched its new ad, featuring the image of former NFL quarterback Colin Kaepernick and the words "Believe in something. Even if it means sacrificing everything." It of course referred to Kaepernick's protest of police brutality by taking a knee during the National Anthem before football games, which he claims cost him his job in the NFL.

Wherever you stand on that particular issue, Nike made a clear statement. And in doing so, it risks losing (or gaining) market share and alienating (or attracting) customers. Was it a calculated risk? Almost certainly.

In the day following, Nike's stock sank, and photos and videos of disgruntled customers burning or destroying their Nike apparel made their way around the Internet. As of September 11, Nike's stock has now erased all of the losses associate with the ad.

Google chose not to attend the Senate hearings which Facebook and Twitter attended last week. In between Facebook COO Sheryl Sandburg and Twitter CEO Jack Dorsey was an empty chair and a nameplate that read "Google."

In doing so, it showed Google to be either clueless or filled with hubris. Sure, they avoided any difficult questions and the need to take a position on things. But they also run the risk of inviting more government scrutiny and oversight, if Senators think that Google has something to hide.

And finally, the CBS board took a risk by protecting and retaining its CEO, Les Moones, following an explosive New Yorker article a few months ago. Six women claimed that the executive sexually harassed or assaulted them, and the board rallied around him.

Then on Sunday, Ronan Farrow - possibly the most powerful man in media now - wrote a second article about six more women who claimed the same thing. Moonves was allowed to resign and the board denied him the potential $100 million package that he was rumored to be in line for.

Each of those is an example of a risk taken by companies that could have elected to decide otherwise. Did it make them vulnerable? Absolutely. Was it worth it?

Well, you'll have to ask the shareholders.