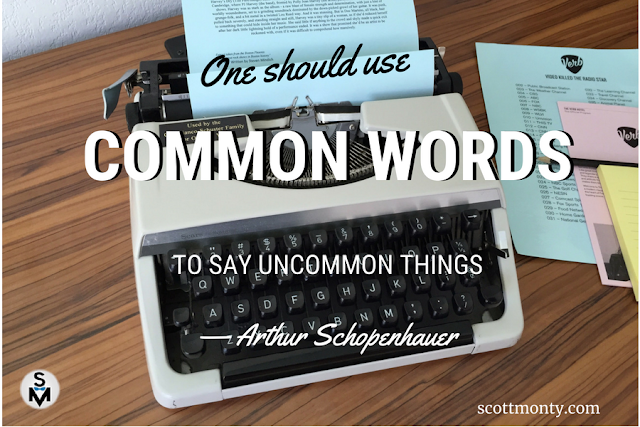 You've probably heard someone older than you in your family yearn for the past. Maybe they see how customers are handled at a restaurant or that movies are too expensive.

Then they get a far-off look in their eyes and wistfully sigh, "Things sure aren't the way they used to be."

Of course they're not. Bread isn't a nickel. A movie isn't 10 cents. And your banker doesn't know you by name.

It's human nature to want to return to what we knew. It's comfortable. It's familiar. It's home.

But as Nick Carroway told Jay Gatsby in The Great Gatsby, "You can't repeat the past." The past is just that. It occupies an important but distant place in our minds.

Which is why it's so powerful when we get a glimpse of the way things used to be in the context of a business setting today.

Amid the flurry of notifications and emails, two-factor authentications and e-commerce, Apple Pay and Amazon, the old-fashioned seems quaint and comforting. Like going home.

The Power of Simplicity

There's a great power in simplicity. Boiling down a complex problem to its core. Making a user experience that's intuitive. Using language people can understand without pulling out a dictionary.

We've got a temptation to make things more complex than simple. Part of it is a self-preservation mechanism: like academics who use unnecessarily flowery language in peer-reviewed journals, it's a matter of elevating ourselves to seem smarter and "own" the topic.

I recently heard of a CEO who prefers to be vague and cerebral in his approach. The result is predictable: employees can't get a read on what he's saying, and they don't feel a sense of rapport with him. As a result, morale is down.

I was fortunate to serve fairly closely with a CEO whose style was all about simplicity. Not in a dumbed-down way, but in a friendly, collaborative sort of way. He ensured that everyone understood the company's mission and how they fit into the puzzle of a global organization.

He knew that it was his job to meet employees where they were – physically, and philosophically – and bring them to where he wanted them to go.

That CEO was Alan Mulally, and his strategic plan for Ford Motor Company was called "One Ford." It was quite simple: One Team, One Plan, One Goal – an exciting and viable Ford delivering profitable growth for all.

Sure, the details below each section made it a little longer. But it was in plain language that fit on an I.D. card. Everyone could recite it, because the message was so simple, and because Alan spent so much time repeating it to everyone.

Alan recently told me, "If you want to be successful, you have to have a plan, and you have to communicate about the plan."

Alan knew that simple communication was the most effective. And how refreshing when everything else around us is complicated!


“One should use common words to say uncommon things.”
– Arthur Schopenhauer [Tweet this quote]

People don't expect the common and simple these days.

They don't expect a handwritten note when they're barraged with emails and text messages.

They don't expect that you'll remember their name when they're required to give three forms of I.D. to make a deposit at the bank.

Sometimes, that's all it takes. Say hello. Use language they can relate to. Remember their name.

It really is that simple.

Hey, do you subscribe to The Full Monty on the podcast platform of your choice? It's available on  Apple Podcasts, Google Podcasts, SoundCloud, Spotify, Stitcher, RadioPublic, or wherever you find your shows. Also, just for fun, ask Alexa or Google to "play the latest episode of The Full Monty podcast."