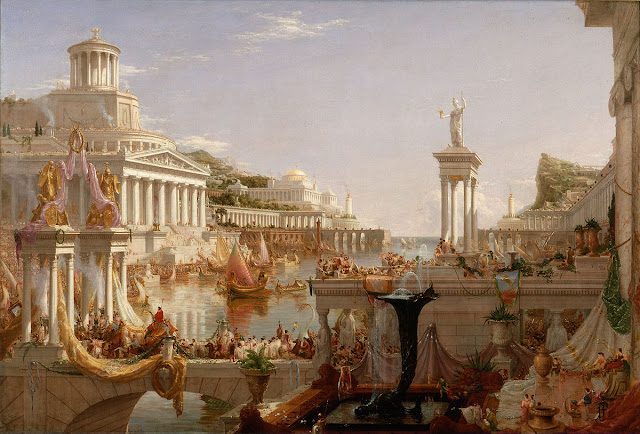 You've probably heard the phrase "with great power comes great responsibility." Its origins are uncertain, as it's been co-opted by Winston Churchill, Teddy Roosevelt and even Stan Lee in the first Spider-Man comic. The earliest recorded version is actually from a set of decrees set forth at the French National Convention in 1793: "great responsibility follows inseparably from great power." And that too is preceded by the Biblical verse Luke 12:48:

And so we turn our attention to Mark Zuckerberg. His seed of an idea in his Harvard dorm room has turned into a company that touches billions of people around the world in its utopian desire to make the world a more connected place. Facebook has been given and entrusted a great deal – personal data of nearly one-third of the world's population.

The question is: have we demanded enough of them?

As we've seen and read, Zuckerberg does seem to be contrite and admits errors of judgment. There's no question that Facebook is run as an idealistic and optimistic company, and while it portrays itself as a benefactor to the race, it hasn't played by the rules. Time and again, Facebook has been warned about privacy violations and playing fast and loose with features. From its surprise release of the News Feed in 2006 to the ill-fated Beacon advertising system to consensual data sharing and many more examples, Facebook has lived by apology.

See, it 's not like Facebook hasn't known what it's been doing. With Cambridge Analytica, Facebook knew what happened in 2015, but it's only in recent weeks – thanks to the press – that we've become aware of it. In an interview with NPR, Facebook's COO Sheryl Sandberg said that the company is now taking aggressive action and making privacy policy easier to understand – about something that has been at the core of their business strategy from the beginning. She said Facebook was "way too idealistic," but it's not "way too idealistic" when Facebook had been given warning signs that they choose to ignore. That's willful neglect.

We can imagine the difficulty in undoing so much that's been done in the last decade by Facebook. With so many users, it must be a daunting task. It's also daunting to think that personal privacy is being treated so lightly by someone with so much power. For a contrast in responsibility, look no further than Apple CEO Tim Cook, who stated that "privacy is a human right."

The control of data will be the major conversation among brands and tech companies in the foreseeable future. From data breaches and hacks to privacy policies, consumers will want to know where their data is going. And as an entity that has a relationship with your customers, you'll want to have as much control over that data as possible, as that's what will lead to better customer experiences and peace of mind for your customers.

Much will be demanded; much more will be asked.

Image credit: The Course of Empire - The Consummation of the Empire by Thomas Cole (public domain)