Dear United, Your Indifference to Customers Is Showing 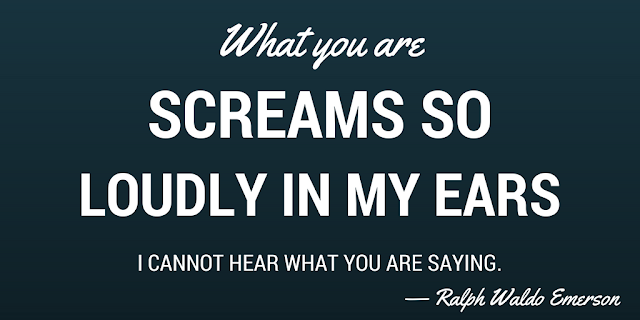 By now, you've seen the footage, news reports, tweets, hashtag trends, Facebook posts or general chatter about the one story that was able to take the attention off of Pepsi and global politics: the United passenger who was dragged from his seat on April 9 because a flight was overbooked. The story became a nearly instant viral sensation across the globe.

United's initial response was to cite policy, blame the unruly attitude of the passenger, and to use the passive voice to cover up the culpability:


Flight 3411 from Chicago to Louisville was overbooked. After our team looked for volunteers, one customer refused to leave the aircraft voluntarily and law enforcement was asked to come to the gate. We apologize for the overbook situation. Further details on the removed customer should be directed to authorities.


Then on April 10, United CEO Oscar Munoz made the matter worse with his use of unfeeling industry-speak:


This is an upsetting event to all of us here at United. I apologize for having to re-accommodate these customers. Our team is moving with a sense of urgency to work with the authorities and conduct our own detailed review of what happened. We are also reaching out to this passenger to talk directly to him and further address and resolve this situation.

Kind of an odd statement from the person who was just named PRWeek's Communicator of the Year just a month ago.

In an internal email (which always find their way to the press), the CEO blamed the "defiant," "disruptive" and "belligerent" passenger and went on to detail what happened on the flight, including the statement that "Our agents were left with no choice but to call the Chicago Aviation Security Officers to assist in removing the customer," which itself was not true, as the airline only offered $800 and not the higher $1,350 that is required to entice passengers to give up their seats.

Again, just as it was caught compounding a tense issue in recent weeks, United failed to demonstrate any kind of empathy.


United then began to feel the full brunt of the public's outrage. This is a company that is no stranger to scandal and poor customer perception. So it was a pretty easy target for the  #NewUnitedAirlinesMottos hashtag on Twitter and excoriating reviews of its app. 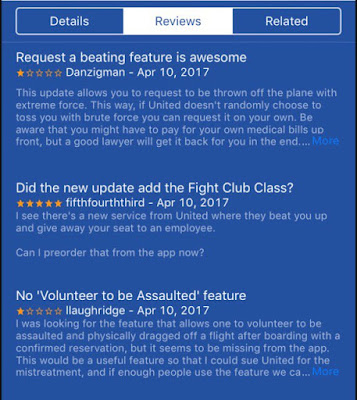 Ultimately, its stock dropped by 4% in trading on the morning of April 11, erasing some $830 million in shareholder value.

Ah! The inevitable "shareholder value" motivator! This is exactly what United needed. Finally, late in the afternoon of April 11, the company, through its CEO, issued an updated statement that was much more heartfelt and human:


The truly horrific event that occurred on this flight has elicited many responses from all of us: outrage, anger, disappointment. I share all of those sentiments, and one above all: my deepest apologies for what happened. Like you, I continue to be disturbed by what happened on this flight and I deeply apologize to the customer forcibly removed and to all the customers aboard. No one should ever be mistreated this way.

I want you to know that we take full responsibility and we will work to make it right.

It’s never too late to do the right thing. I have committed to our customers and our employees that we are going to fix what’s broken so this never happens again. This will include a thorough review of crew movement, our policies for incentivizing volunteers in these situations, how we handle oversold situations and an examination of how we partner with airport authorities and local law enforcement. We’ll communicate the results of our review by April 30th.

I promise you we will do better.


This is the right thing to say and the right way to say it. But the gesture was far too late.

The world witnessed United's initial reaction to the situation, both by the ground crew and by the PR response. It spoke volumes about the company's values, corporate culture, and priorities.


What you are shouts so loudly in my ears I cannot hear what you say.
— Ralph Waldo Emerson


If United says it is committed to customers, then every action — every single action — will reflect that. As it stands, United holds the distinction of overbooking and bumping the most passengers of any large American airline.

That statistic — and the clumsy attempts at apologies this week —  do not show a customer-centric approach. There needs to be systemic culture change, training, and an overhaul of processes.