Essential Reports and Trends as We Enter 2017 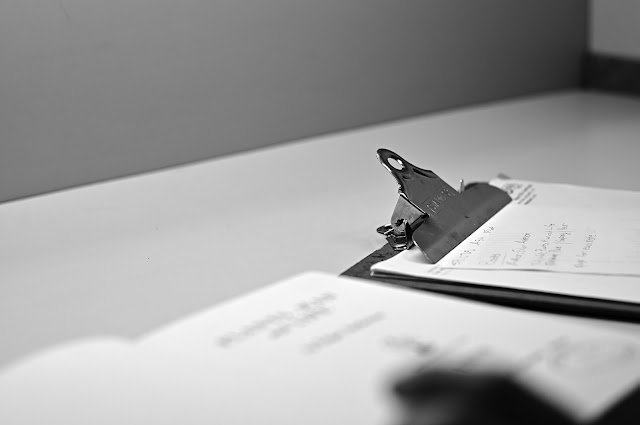 There's no question that 2016 threw a lot at us. It's tough to keep up with trends and industry news — which is one of the reasons I began The Full Monty as a newsletter nearly four years ago. [Note: if you don't yet subscribe, here's a quick way to get on board.]

Given that it came fast and furious, you may have missed a few of the essential reports or industry developments, so we've got some of those of which you should take note. And if you find this or our regular updates of any help to you professionally, we'd urge you to consider supporting us on Patreon.

The Edelman Trust Barometer continued its annual summary of what the world thinks of the government, media, NGOs and businesses, and this year indicated a widening gap between the informed and uninformed public. Given the recent spate of elections, it's our prediction that this trust gap will widen in the coming year.

As a classics major, we were drawn to this piece on why everyone should study classical culture. Aside from being inspired by the less-than-usual sources, it also helps with strategic thinking, as you begin to see the interconnectedness of ideas. And it makes you more interesting to talk to.

CMO.com's top 10 marketing trends for 2017 takes a look at what executives need to deal with in this world that's half-digital, half-analog in its thinking. From geo-political uncertainty to issues of trust, the rise of AI, blockchain and mobile, and the confusion around multiple vendor partners, it's a lot for any single executive to deal with.


While I Have Your Attention

Meanwhile, CMOs are getting antsy. It's not surprising, given that the average tenure of CMOs has dropped to 44 months. But CMOs have desires for 2017, and they include — among other things — a broader focus on brand, fewer AORs and more specialty shops, and better justification for investment in marketing.

Altimeter looked a little deeper at the state of social business in 2016. For those not familiar with social business, this is the concept of taking what's learned externally and bringing it back into the enterprise, to benefit from the input. What's becoming even more prevalent is the move away from just sharing on social media, and gathering data and insights that must be integrated across many different departments. Innovation itself is no longer enough, as companies struggle with integration: from customer service to customer data, with a better governance structure in place to alleviate confusion.


The 2016 State of Social Business from Altimeter, a Prophet Company 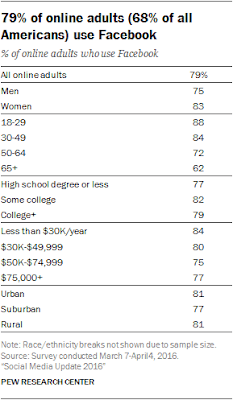 Newsflash: Marketers Use Social to Self-Promote

Buffer took at look at the state of social media in 2016 and found that marketers are very good at talking about themselves on social channels (SURPRISE!). Video is still top of mind for many marketers, but it's a challenge to find the time and budget to make good on it. Video is currently a hot commodity on Facebook, and 93% of marketers are on Facebook, where they're spending money. And surprisingly, only 21% of respondents are using social channels for customer service. That's a big opportunity for improvement, and frankly one that should take precedence over finding the time and money to spend on video creation.

The future of work is changing, and we need to change with it. According to Glassdoor, HR needs to get with the program by transforming itself to a "people science" by making use of data. This may be a hard pill to swallow for a department that is largely behind the times in adapting to changes; marketing and communications have already shown how much they lag, and they're usually change agents.

The report also notes that automation doesn't necessarily portend fewer jobs. The more likely scenario is different jobs. Other observations: there's an increased desire for nontraditional benefits and the gig economy may lose steam as demand for such services decreases.


When News Breaks, We Fix It

Nieman Labs has more predictions for journalism in 2017 than you can read on your commute. There's no question that 2016 marked a wild and unpredictable year for journalism, from unexpected election results on both sides of the Atlantic to the crescendo of "fake news" exacerbated by Facebook and Google. From trust to truth, communities to transparency, drones to data, video to VR and more, there's a number of topics that deserve your attention in this round-up.

But it's clear now more than ever that we need to make the case for journalism as a profession and to step up and pay for good reporting.

Naked Capitalism ran a four-part series called Can Uber Deliver? in which it used data on the industry's competitive economics, to address the question of whether Uber’s aggressive efforts to completely dominate the urban car service industry has (or will) increase overall economic welfare. It's a long read, but if you're at all interested in the gig economy or the ride-hailing industry specifically, it's worth spending some time on this series.


We hope this summary has been helpful. If you don't yet subscribe here, please click here to get your free email updates. And the same goes for The Full Monty.