Living in a Post-Factual World 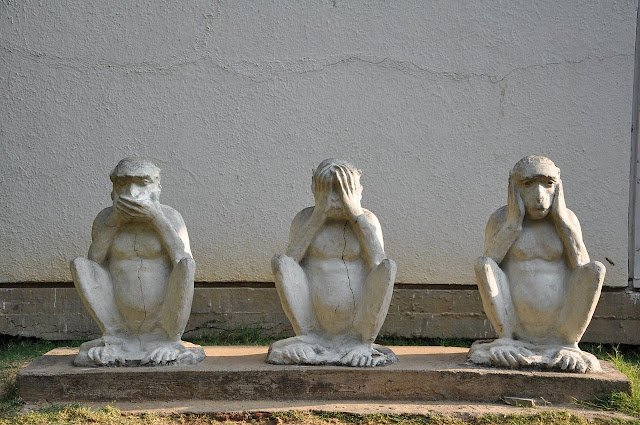 We seem to be living in a post-factual world.

You may have noticed that when both sides of the political spectrum meet to debate about something, they tend to have a belief set in their minds and they greet each other with heels dug in and ready to defend their position, regardless of what's presented to them.

Even if they're given an unassailable set of facts, they'll choose to deny it or to deny the reality of something the rest of us have seen happen with our very eyes. Candidates, pundits and the public alike are guilty of this post-factual trance that seems to keep them from admitting they're wrong. And it's dangerous.

Many of these debates happen on Facebook, which to this day will not admit that it's a media property. Personally, I think Facebook is a media property, since more people use Facebook as a news discovery source than any other. People now open a social media app to find news more frequently than they go to the New York Times or CNN home page. According to Vox:


"The result has been a disaster for the public’s understanding of current affairs. Reporters have come under increasing pressure to write “clickbait” articles that pander to readers’ worst impulses. Too-good-to-check stories gain more traction online than stories that are balanced and thoroughly reported. That has worsened the nation’s political polarization and lowered the quality of democratic discourse."

Facebook's position is that it is a tech company, not a news company. While it may not produce any news on its own, it is still the arbiter of what people see, and as such, it has a significant responsibility to ensure that the news shared on its site is accurate and reliable.

But when you have instances of teenagers in Macedonia who just “launched at least 140 US politics websites” with “American-sounding domain names such as WorldPoliticus.com, TrumpVision365.com, USConservativeToday.com, DonaldTrumpNews.co, and USADailyPolitics.com,” and Facebook is pulling news stories and even trending items from them, it's a significant problem.

Given the rash of stories recently about Hillary Clinton's emails and the FBI, it was inevitable that the following headline popped:

However, if you look at the site where this supposed "news" story came from, it was denverguardian.com. One small problem:

There is no Denver Guardian.

It's a site that was established on GoDaddy in July of 2016, according to the article in the Denver Post. But people believed it because they wanted to believe it. They couldn't be bothered to check.

The social media giant is under pressure now to crack down on fake news, but at the same time Mark Zuckerberg is denying that it's a news organization, and is instead just a tech company. To the extent that Facebook is not creating news, he is correct. But Facebook is a massive distribution network — a place that many people effectively make their home page. And Facebook needs to address that.

As much as Facebook as made the world a more connected place, as Zuckerberg's mantra goes, it has also gone against the grains of human nature. We haven't been a global people. We've been a national people at best, and more likely a tribal people. It's human nature to stick with what we know. And Facebook, ironically, has done more to enforce that than eradicate it. And it hurt the campaign and election process as people dug their heels in deeper, cited material from their own side, and became unwilling to believe facts that were right before their very eyes. To the point where I've seen some people decry fact-checking sites as tools of one side or the other.

Ultimately, we're living in a filter bubble where we've isolated ourselves from alternative points of view. Our worldview ends up shrinking rather than growing — particularly at a time when we need to unite. This 2011 TED Talk by Eli Pariser captures it nicely:


Our forefathers designed an amazing government—just tremendous—with a system of checks and balances. Bigly checks and the very best balances.

We just need some of those at Facebook now.


If you liked this commentary, you can listen to a version of it in my podcast The Full Monty. Subscribe via email or on iTunes, Google Play, Stitcher, Spreaker or SoundCloud.