How Leaders Should Communicate 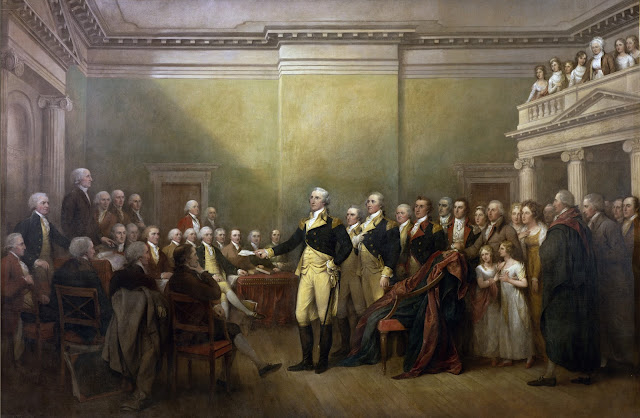 Leaders — particularly business leaders like presidents and CEOs — are typically in the public spotlight. Many times, they are the face of their company and give statements to the press or even interact with customers online.

As the company's chief spokesperson, the CEO spends about 50 percent of their time performing functions that are associated with communications. This includes writing, presenting and public speaking, involving all of an organization's stakeholders. Emails to employees, cogent presentations, question and answer sessions with the board, speeches to townhalls, investors, and industry groups.

And in doing so, the Communicator-in-Chief should have a clear, succinct and memorable message. Because if anything, leadership is about taking complex ideas and making them understandable, relatable and actionable. In short, effective communication means clarity.

So, let's pause for a moment and reflect on the communications ability of one of the presidential candidates. There's no doubt that Donald Trump has managed to tap into a vein of discord and dissatisfaction in America, and has used Twitter in particular to fan the flames. The 140-character platform seems perfect for his insults, jabs, and sound bite-laden thoughts. But if you listen to him speak at events where he has unprepared remarks - and let's face it: that's most of them - he speaks in disjointed tweets.

But separate from his success with his core supporters, one must ask whether or not his style of speaking helps or hurts his cause with a broader audience. Is it clear? Is it understandable? Does he have a message?

Let's look at one speech which Salon.com asked readers to help diagram:


Any takers? The only thing worse than having to figure out how to diagram that sentence is having to listen to it over and over again as you get a transcript.

While the jumbled thoughts may leave you scratching or shaking your head, largely due to the lack of coherent message and syntax, there is one thing that Trump can get credit for: repetition. Not repetition of message, but rather repetition of words like they and it.

As you think about the leaders you admire and their ability to effectively communicate - consider Ronald Reagan, who was known as the Great Communicator - their success doesn't depend on how well they speak to stakeholders who currently support them, but rather on how well they can persuade those who don't yet agree with them.

The best leaders are natural storytellers. Stories have a beginning, a middle and an end, and are easy to follow, whether they're written or spoken. And whichever role you inhabit — writer, speaker, or leader — you have a responsibility to your audience to bring them along the journey with you, ensuring they aren't inadvertently stranded on the way to the common understanding.

After all, that's why you're the leader.

Posted by Scott Monty
Labels: commentary, communication, leadership
at 9:50 AM