Were Those the Modern or Ancient Olympics? 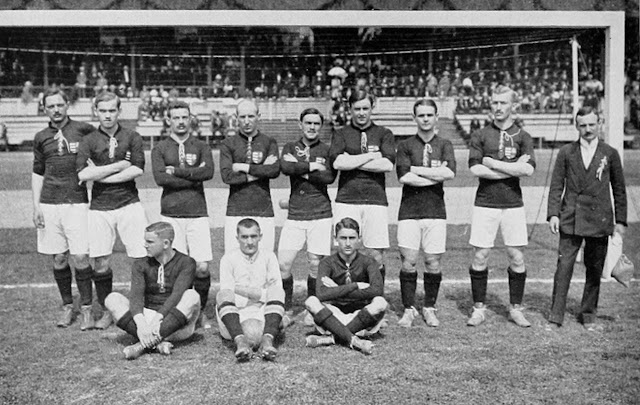 It's always amusing when some well-intentioned bureaucrat tries to bend the will of the Internet to their own way. The latest examples hail from none other than the IOC - the International Olympic Committee, amid the 2016 Rio Olympics.

It all began early the week before the Olympics began, when there was a dress rehearsal for the opening ceremonies, with 3,000 people in attendance. Before the event began, the crowd was warned not to take any photographs.

As you can imagine, that's all the encouragement they needed. Within minutes, Snapchat, Facebook and Instagram were flooded with preview images of the opening show. I guess the organizers never heard of the Streisand Effect.

If you're not familiar with the Streisand Effect, it's when you attempt to hide, remove, or censor a piece of information and it has the unintended consequence of publicizing the information more widely. It's named for Barbra Streisand, who attempted to suppress photographs of her home in Malibu in 2003 and inadvertently drew further public attention to it.

Now, before we go any further, two things: One, I am not a lawyer, nor do I play one on TV. Two, Many of the larger sporting events, such as the Super Bowl and World Series, do have advertising guidelines that prohibit brands from mentioning the names of these events on social media. They reserve those rights for brands who are paying for sponsorships.

However: they don't restrict the use of the names for members of the press, who are freely reporting on the events.

Well, things got a little tricky with the Olympics this week. Because NBC is the official broadcast partner of the Rio Olympics, the IOC has cracked down on exactly what can be shared and by whom. First, you'll note that NBC isn't providing any livestreaming content. Even after the big launch of Facebook's Live video, the network is still driving people to its television programming. Why? To get you to watch the ads, of course!

This isn't anything new. While there may be additional platforms on which to share the content (cough, Snapchat, cough), NBC and the IOC are behaving exactly as they did at the London Olympics FOUR YEARS AGO.

Only this time around, the IOC wasn't taking any chances with its policy. Here's the statement on News Access Rules Applicable to the Broadcast of the Games of the XXXI Olympiad, Rio de Janiero, 5 August 2016:


"Olympic Material must not be broadcast on interactive services such as 'news active' or 'sports active' or any other related Video on Demand services, which would allow the viewer to make a viewing choice within a channel and to thereby view Olympic Material at times and programs other than when broadcast as part of a News Program as set out in Clause 1 above. Additionally, the use of Olympic Material transformed into graphic animated formats such as animated GIFs (i.e. GIFV), GFY, WebM, or short video formats such as Vines and others, is expressly prohibited."


No GIFs! Because we don't want too many people watching a 5-second soundless moving image over and over and over, at the expense of missing that tear-jerking beer commercial.

Speaking of live video, NBC had its own reasons for not broadcasting some of the events live. One is that they want to be sure to capitalize on ratings by airing it during prime time. The other was more curious. Several popular events — gymnastics and swimming, in addition to the opening ceremonies — will be broadcast on tape delay. When asked about this, NBC's chief marketing officer John Miller said:


"The people who watch the Olympics are not particularly sports fans. More women watch the games than men, and for the women, they're less interested in the result and more interested in the journey. It's sort of like the ultimate reality show and miniseries wrapped into one."


This commentary originally appeared in Episode 06 of The Full Monty.