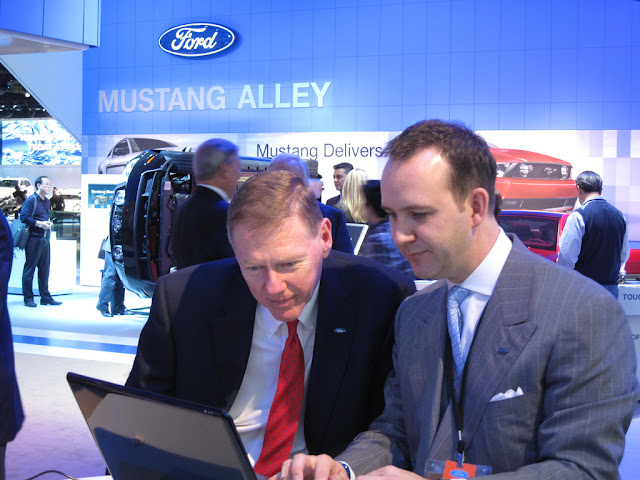 Is your CEO social? I don’t mean do they interact with you or others in a communal way, or engage in elbow-rubbing over cocktails. I mean is your CEO active on any social networks? For most of you who work for Fortune 500 companies, the answer is no.

According to a study from Domo earlier this year, only 39% of Fortune 500 CEOs use social media, and 70% of them only use a single network. Of the 50 CEOs on Twitter, 16 tweeted less than 25 times total since they started using it. Only 62 percent of the CEOs on Twitter tweeted within the last 100 days, and that's down 5 percent from last year.

Now, you could certainly argue that Twitter as a whole has decreased in usage, but the fact remains that most CEOs are not prioritizing their activity on social channels. "Well of course they don't," I hear you saying. "They're busy executives and shouldn't be expected to 'waste time' on social channels."


Communicating with customers is never a waste of time. [Tweet this]

A good 50% of any CEO's job is to be the chief communicator — with shareholders, with employees, and with customers. Not to mention that it's enlightening to have unfiltered feedback and direct contact with the people who use your products. Especially after years of executives being shielded from some of the actual comments by well-meaning lieutenants.

And when a CEO like Doug McMillon — the CEO of Walmart, the largest company in the world — can take the time to have an Instagram account and a Facebook page, there's no excuse for any of the other 499. Walmart actually likens Doug's activity on social media to Sam Walton's famous yellow notepad. The founder of Walmart used to visit stores all around the country, toting his yellow notepad wherever he went. There he'd document the things that employees and customers said to him so he could bring the insights back to Bentonville with him to share with the rest of the executive team.

That's exactly what Doug is doing with his social media efforts.

There's another reason to be concerned with CEO's lack of digital acuity: with digital disruption and digital transformation being on the tips of everyone's tongue, CEOs need to step up. Because the digital aspects of business transcend departments, more often than not, the CEO is (or should be) the one driving digital strategy. Doesn't it make sense that the CEO should have some understanding of the digital space?


“True innovation requires an understanding of the value that technology delivers. Now more than ever, savvy technology investments are vital to maintaining a business advantage. The C-suite doesn’t need to code, but leading a company strategy for growth requires a strong relationship between those who set the strategy and those who execute.”


So think about where your business is heading and who is making key strategic decisions. This should inform the presence and activity of your executive team.

Who knows? Maybe they'll develop their own digital yellow notepads.

If you liked this commentary and the previous one on ubiquitous camera use, you can listen to them in my new podcast The Full Monty. Subscribe via email or on iTunes, Google Play, Stitcher, Spreaker or SoundCloud.