Menu
Home » commentary » leadership » social media » Do You Do Any Work?

Do You Do Any Work? 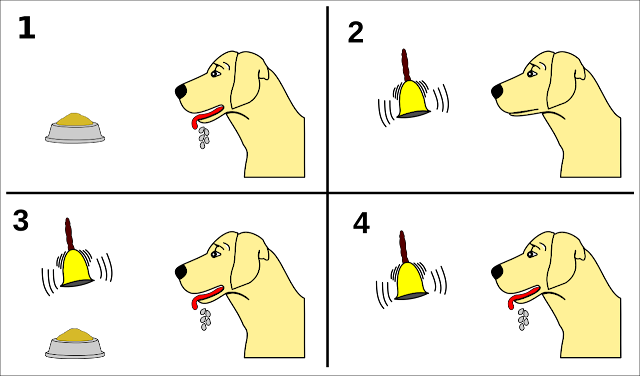 If you're online, you've probably come across your fair share of social media "gurus." You know them — the self-professed arbiters of knowledge about the latest craze like Twitter, Pokemon Go or the like. The folks that are all over every channel, posting their Snapcode on Twitter, Facebook, Instagram and any other platform that will have them — to build up their numbers on Snapchat.

And any time a new app comes out or a new feature is released on an existing platform, there they are. Like Pavlov's dog, salivating over them like the flavor of the week. And they're all over it with how-to videos, blog posts livestreams, webinars — ready to tell you everything you could possibly need to know about this great thing that was released… yesterday.

But there are a few things to note about this behavior that are worth pointing out. I'll outline what they are and articulate what you need to look for in a business counselor as you select your trusted partners.

First, this notion of being an "expert" or a "guru." It's one thing I've never embraced. Maybe I'm old school, but I'm of the belief that expert status is something that is conferred upon you by your peers. It's something that is earned by doing the work and immersing yourself in a field of study. Malcolm Gladwell famously said that it takes 10,000 hours of dedicated practice to become world-class in any field of study. So when the world of social media was fairly new and we suddenly had a whole group of "experts," it wasn't because they put in the time, certainly.

Now, I'm not saying that any of these people are not talented, or that they're out to mislead anyone. They're very generous with their willingness to share knowledge and help others see their point of view. We need more of that.

But we also need some level-headed approach to the digital industry — particularly if we believe digital deserves a seat at the executive table.


Which brings me to my second point. These immediate knee-jerk reactions to product developments can be more detrimental than helpful. Yes, we need to be early adopters, but this breathless and uncritical commentary about new apps or platforms is not only tiresome, but it can potentially damage reputations. Reputations of the individuals who are so worked up over yesterday's development, and reputations of their colleagues in the field who are taking a more deliberate and considered approach.

When your aim is to show how smart you are by being first out the door, more often times than not, you sound silly. You sound like you're trying to prove something — to your peers, to your boss, to yourself. In such cases, you'd be better served to wait it out and "let the old earth take a couple of whirls," as Frank Sinatra sang in "September Song."


When I was a young man courting the girls
I played me a waiting game
If a maid refused me with tossing curls
I'd let the old Earth make a couple of whirls
While I plied her with tears in lieu of pearls
And as time came around she came my way
As time came around, she came

The power of silence

One of the most sage bits of business advice I ever received was from Andy Ferrara, a boss 15 years ago. As the CEO, Andy sat in company meetings, fairly stoic, letting everyone speak who was seated around the long marble-topped table in the executive conference room. It was only toward the end of the meeting that he would say something, and his insights were always profound.

Perhaps they were profound because he spoke quietly and deliberately. More likely, it's because he had the time to take everything in, to listen to the conversations happening and to observe the body language around the room. It gave him time to piece together different viewpoints and to formulate his own response. His advice was to do just as he did: observe and listen, and wait until others have spoken to add your own perspective. It shows maturity and gravitas and confidence, and is likely to be greeted with greater consideration by the individuals to whom you're speaking.

Understanding trends and how new technologies fit into a strategic business plan takes thoughtfulness and a degree of analysis. And that doesn't come — or at least doesn't appear to happen — from a Slideshare deck created within 12 hours of the launch of a new product.

And while we're at it, who has time to create this kind of content on the fly, when they're gainfully employed? A number of these so-called "gurus" claim to work for an organization, and yet the only updates I see from them are their advice and self-serving posts about these platforms, whether it's live video, Instagram Stories, Snapchat or the like. I rarely see any of them sharing anything about the company they work for, or the progress that their teams have made — even when these individuals are supposed evangelists or marketing leaders for their companies.

My time at a Fortune 10 company was largely spent telling the company's story and ensuring people knew why I was so proud to work there. During that time I also shared my own perspective on things, but never let it overshadow or interfere with my primary responsibility. It's a balance. And I'm not so sure it's one that's being struck effectively by today's up-and-coming experts.

Perhaps they need more role models. If you look around, a number of them all seem to be quoting the same small group of individuals. A diversity of thought, experience and reading sources may go a long way to helping the next generation of leaders. And don't even get me started on the ones who quote themselves in their own social media posts.

If you're an expert, that will be evident.

If you're overly self-promotional, that will be evident too.

If you liked this commentary and the previous one, you can listen to them in my new podcast The Full Monty. Subscribe via email or on iTunes, Google Play, Stitcher, Spreaker or SoundCloud.