This week: Uber and Lyft get voted down; a big shift of TV ad dollars to YouTube; which social networks produce the best ROI; getting CEOs involved in social media; Facebook's disappearing messages; Google is using romance novels to learn conversational language; save your Periscope videos; Uber's big competition in Asia; self-driving minivans; Apple met with podcasters to field their complaints; don't be a boiler room of content; email security; how to analyze ad blocking; how to kill the internet; our weekly trivia challenge, podcast pick, a couple of offers and more. 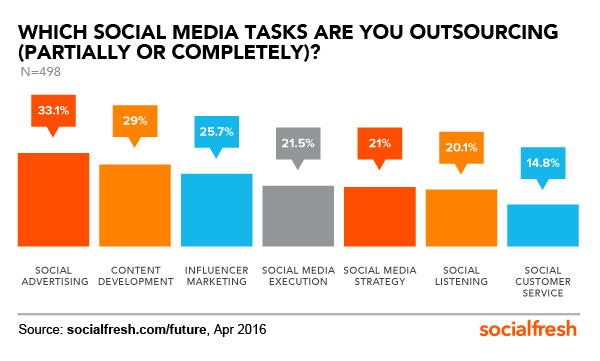 Trivia question: Which celebrity quit the internet this week, and why? *

Register now for Content Marketing World — happening September 6-9, 2016 in Cleveland! Lock in Early Bird rates by registering before May 31 —  plus the code MONTY200 saves you an additional $200! http://cmi.media/cmworld16monty 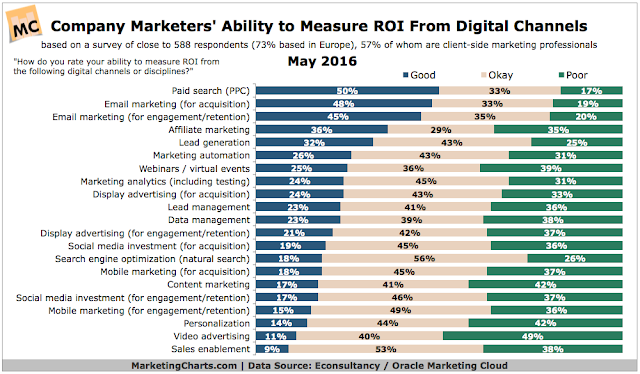 Zignal Labs Chart of the Week

We're all aware that a certain political candidate (He Who Must Not Be Named) has all but clinched the Republican nomination for the 2016 US presidential election. He has dominated the charts this entire election cycle. It should be clear from the latest data that show his lead in mentions over the nearest competitor: 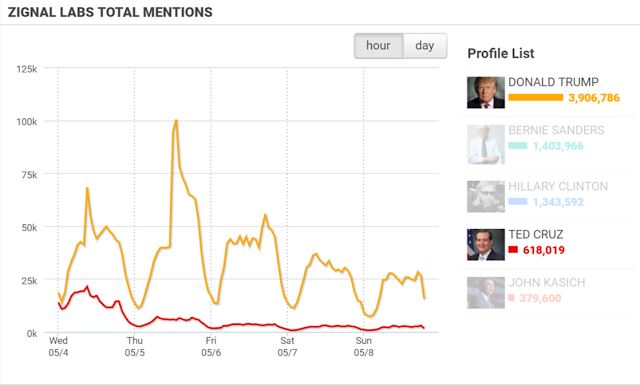 But a word cloud show that last week's topic, beyond the primary in Indiana, was more focused on food than politics: 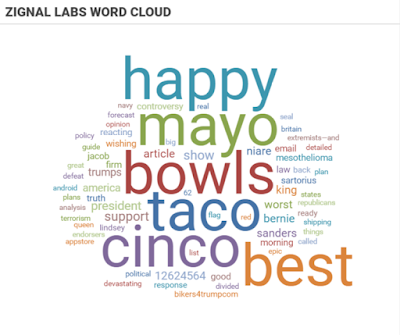 We mail  news to your inbox each week

Curated, for the topics you seek.

The delay is much shorter —

We give patrons an earlier peek.


Translation: become a patron now and you get access to updates before anyone else.