There were reactions to Reactions, Apple continues its fight to the core, NBCUniversal is making some advertising changes of note, what really damages your company's reputation, marketing budgets set to increase, Facebook VR, traditional ad measurement on a messaging platform, Uber is upset about a recent shooting, but won't let its screening process be held hostage, it doesn't take much or long for customers to leave you, how BuzzFeed thinks about data, the leadership industry, getting fired for honesty, the Zignal Labs chart of the week, plus a trivia challenge, our podcast pick and more, it's The Full Monty.


The Full Monty is the publication that exposes you to the business intelligence that matters at the top of every week. Please sign up for our email updates to make sure you don't miss a thing. And please share this with your colleagues if you find it valuable.

And, if you're around at 9:30 pm ET on Sunday evenings, you can get a preview of a couple of topics via the live video on Facebook. If not, you can always catch the replay here:

In this case, the replay is edited, as we were unable to award an Oscar to our sound guy. 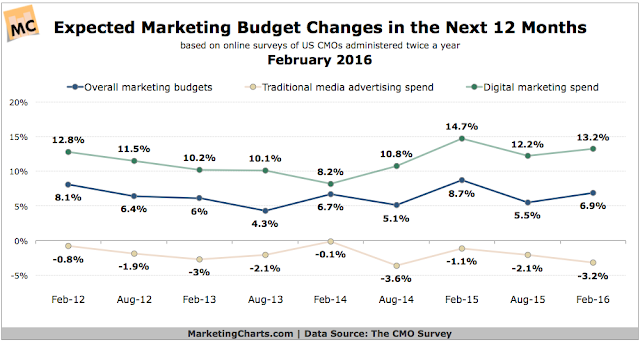 "If you wish to persuade me, you must think my thoughts, feel my feelings and speak my words." — Cicero [TWEET THIS]

Social Media Week New York took place, and as you might expect, getting social media types to post on social media about social media was easier than asking Donald Trump to talk about himself. Particularly of interest were the take-aways from the keynote of Mark Thompson, the CEO of The New York Times, as displayed here: 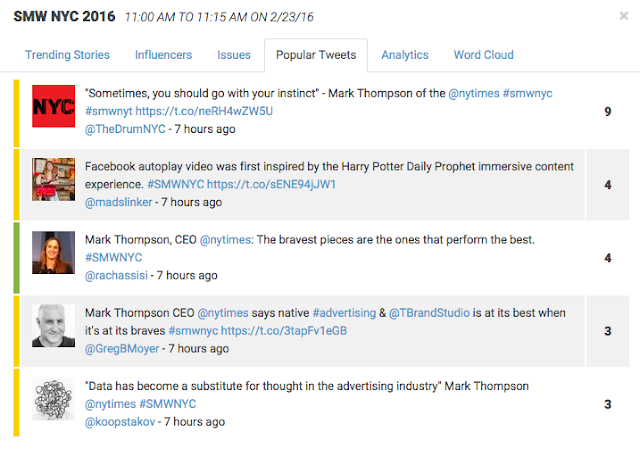 Each Monday we publish this newsletter that serves as a comprehensive source of business intelligence, covering technology, business, digital communications and marketing in order to keep leaders up to date on changes, newsworthy items and trends that might be useful in your job. A new issue is available every Monday morning. Please subscribe to keep up to date on developments.

Did you know that I assemble these links and write this weekly opus myself? That's grueling work. If you'd like to show your appreciation, become a patron now to help support this newsletter by going to Patreon. Yes, you can pledge a dollar a month, but that's a paltry amount, given the value here, don't you think?

I speak to groups and advise brands and agencies to help them embrace the fundamentals of human communication in the digital age. Please get in touch if you'd like to put my experience and digital smarts to work on a project, to consult with your group, or to address an audience at your next corporate or industry event.