How The Atlantic Devalues Social Media 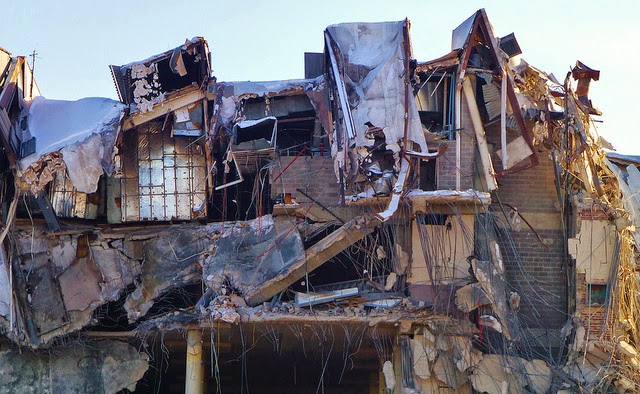 The Atlantic doesn't know who's running its Ello account.

While that's slightly amusing, it's not the point of this post. There's a more insidious undercurrent in the Atlantic article - one that isn't quite accurate and misses a point. But in two paragraphs, the article does an excellent job of summing up nearly everything that's wrong with social media.

Here are the paragraphs in question:


Firstly, brands...will always stampede towards the Next New Network. Most companies (including ours) now pay people to focus entirely on social media, whether in-house or through a variety of third-party firms. The dirty secret of social media work, though, is that it often doesn't take up a lot of time, the metrics (pageviews, sales conversions, newsletter sign-ups, et cetera) are squishy, and many social media managers are under the gun to prove to execs that they are worth whatever the organization is paying them. One of the easiest ways to prove your worth is getting your organization on a shiny new platform. Attract or buy a few thousand followers and you have a lovely graph to show off to the bosses.

Secondly, this early gold rush rarely pays off. Many brands and publishers are early adopters of networks like Tumblr, Google+, Pinterest, Instagram, App.net and now Ello. In a few cases, like Facebook, Twitter, or (for some companies) Pinterest, these networks can become vital for business. In most other cases, the social network never develops enough users to have any ROI for brands, or it's too difficult for organizations to convert social media traffic into sales or pageviews. After claiming their initial stake, the brand will then usually wander off to pan for nuggets elsewhere.

So once again, we're focused on the failure of social media to deliver on sales when the majority of brands are treating it like a glorified billboard or TV spot. We're talking about platforms that were designed for people to talk to other people and share things that matter to them, and the myopic metric is sales? That's like giving you a screwdriver to use to hit a golf ball and then scoffing because you can't play scratch golf.

Aside from the need to understand which department should be held responsible for which metric -- or the lack of accountability of the performance of actual billboards and TV ads with regard to sales -- there's a huge point that's missed.

The challenge behind some of the measurement woes is that social media is better used as a branding tool than as a sales tool. Yes, it's possible to determine the change of sentiment toward a brand or to measure reputation. But it's not as quick and as definitive as ROI that is centered around sales.

The assumption that social media types are trying to justify their existence is both inaccurate and off-putting. If they are, then they deserve to be categorized as above. But the smarter ones are aligning efforts to overall communications and marketing goals, as well as business objectives. And it's highly unlikely that businesses have objectives that include "get more likes."

If done well, social media work is extremely time-consuming. This assumes that one is treating the considerable audiences on these platforms like a community: answering questions, searching for mentions of competitors and products, jumping into conversations and generally adding value.

But of course if one is simply creating posts, hitting "publish" and then running away, expecting magic results that never seem to appear, then the above is correct.

Let's hope the industry isn't quite as desperate and facile as The Atlantic is making it out to be.

If you'd like a regular round-up of what's affecting the industry delivered right to your inbox, please subscribe to This Week in Digital, a weekly e-newsletter.