It's been a few weeks since I left Ford, and since that time, many people have inquired about my next move. I've been deliberately quiet on that front as I spent more time offline, enjoying the summer with my family, doing a little consulting and just generally soaking in a less frenetic pace. It's been refreshing.

I initially had a direction in mind, but after I made my announcement I received a number of inquiries from a variety of companies, giving me an opportunity to reflect on what mattered most to me personally and professionally, and how I wanted to approach the next phase of my career.

For me, it's not simply about having a job that's mentally stimulating and work that is professionally challenging and satisfying. I'm moved by the core values of a company, how it treats its employees, how it views itself within the market and the level of contributions it makes to an industry and customers alike.

That's why I have decided to join SHIFT Communications as Executive Vice President of Strategy.

SHIFT is a progressive integrated communications agency, with some 140+ employees in Boston, New York and San Francisco and has a roster of impressive clients that range from large multinational companies like McDonalds, Whole Foods and Toyota, small to mid-size consumer goods companies, and plenty in the tech industry. In 2012, SHIFT was named the digital/social agency of the year by the Holmes Group; in 2013 it was awarded the SABRE Gold Award for small agency of the year.

I'm excited to be part of a team that's poised for growth and that is constantly out to improve itself and what it does for clients. When I decided to join Ford in 2008, I was asked, "Why not one of the leading car companies?" My response was that Ford had something to prove and that I wanted to be part of a comeback story, not simply keeping an already successful enterprise on a steady course. Throughout my time there, I was able to be an intrapreneur - having an entrepreneurial spirit within the confines of an established institution.

The same can be said for SHIFT. Recently, it was named as one of the top 10 fastest growing agencies in the U.S., and I can feel the momentum and passion for growing the business, helping clients achieve success, and telling the SHIFT story that the rest of the leadership team feels. Working together with the SHIFT team on innovative programs and blazing new trails in an entrepreneurial way, I'm confident in the impact we can make for clients, the business and the industry at large.

Speaking of innovation, last year SHIFT brought Christopher Penn on board to lead the firm's marketing practice, with a particular focus on analytics. For many communications practitioners (aka people who don't like math), analytics and measurement have long been a strange and frightening area of the business, and marketing departments are often viewed as "the other guys."

But as communicators increasingly rely on digital technologies for storytelling, building relationships with customers, and even influencing sales, analytics is an essential skill that communicators will need, and the practice must be done in conjunction with marketing. SHIFT sees this as a white space for communications firms and I'm excited about helping to lead the efforts in that direction in conjunction with Chris and his uber-smart team.

In a way, joining SHIFT is a bit of a homecoming. It's headquartered in Boston, my beloved city of some 20 years. Plus, I've known SHIFT's CEO Todd Defren for nearly 10 years, and he's always been someone I've admired and respected. He was at the forefront of the intersection of PR and social media as he and his team developed the industry's first Social Media Press Release template that began to transform how communicators took into account digital and social assets.

Aside from being a great innovator and thought leader, Todd is simply a good human being. I've seen how he looks after his own family, and he's extended that same level of care toward his employees with an Employee Stock Ownership Plan (if you're not familiar with the concept, here's how an ESOP works). That means that every single person at SHIFT owns a piece of the company. Not to mention that the company has a culture that is incredibly cool and fun - tangibles and intangibles that contribute to the overall well-being of its employees.

I'm very excited to be able to reconnect with Boston and to be able to spend time with SHIFT team members there, as well as in New York and San Francisco. The great part of this new role is that I can still be based in Michigan for the foreseeable future, as family priorities require us to be there for now.

Speaking of Michigan, it's where I've met many wonderful, creative and talented people. Some of those fine folks are at RPM Ventures in Ann Arbor, a venture capital firm that invests in start-ups in the following areas: automotive/mobility, social media & cloud infrastructure, marketplaces, and mid-market SaaS. Last month, I agreed to become an Advisor for the firm and some of its portfolio companies, and I'll continue in this capacity as time allows.

I'll also continue my commitment to the Detroit Symphony Orchestra, where I serve on the Digital Advisory Committee and as a member of the Board of Trustees. As the "most accessible orchestra on the planet," the DSO has many firsts to its name, including livestreaming performances on a regular basis, among other things. It will be an honor and privilege to continue to be part of such a forward-thinking group and to bear witness to the inspirational Maestro Leonard Slatkin on a regular basis.

Similarly, earlier this month I began a three-year term on the Board of Directors of the American Marketing Association. The AMA was established in 1937 by visionaries in marketing and academia, and today the AMA has grown to be one of the largest marketing associations in the world, with over 30,000 members who work, teach and study in the field of marketing across the globe. Along with other professionals and academics, I'll be serving to help with innovative and evolving digital knowledge, training and tools to enhance lifelong learning of AMA membership.

So there we have it. A summer that's been packed with plenty of activity at home and on the road, personally and professionally. And now I get to surround myself with some fabulous people at the home office and the SHIFT offices beginning on July 28.

You can also read SHIFT's announcement on their blog and check out all of the assets on the microsite they created. 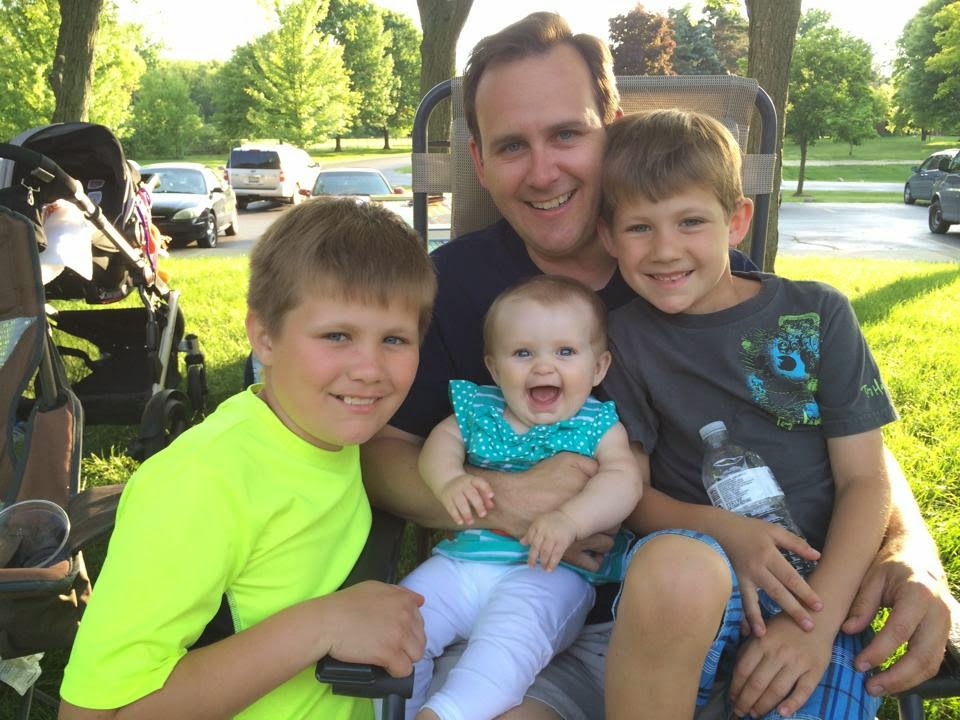 Image credit: Viktor Hanacek
Note: Apple, the Apple logo and iPhone are trademarks of Apple Inc., registered in the U.S. and other countries
--

Posted by Scott Monty
Labels: leadership, news
at 8:12 AM