The Obvious Emotion-Evoking Tactic That Has Jumped The Shark 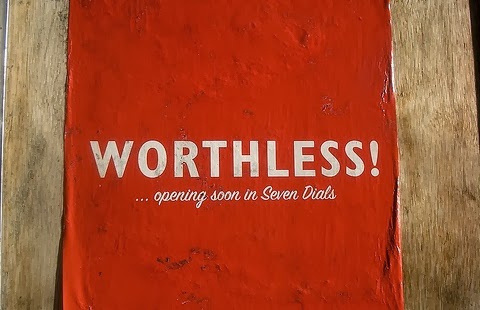 You're probably already ahead of me on this one. Upworthy is quickly being thought of as Upworthless for its shameless click-bait headlines that entice readers to visit the site.

We've all seen the links to Upworthy videos, primarily on our Facebook feeds. They go something like:

For a while, the videos being shared on Upworthy were, well, worthy. They managed to tug at emotional heartstrings and with socially-conscious videos, they made us want to take action. They gave us hope, brought joy by sharing something positive, stood for something such as anti-bullying, and the like.

But somewhere along the line, the the Upworthy model broke.

Competitors like Distractify, Viralnova, FaithIt and others added to the mix, as well as a number of other sites trying the same game. In December, The Atlantic asked "Why Are Upworthy Headlines Suddenly Everywhere?" You can even create your own now, thanks to the Upworthy Headline Generator. Or if you'd like to avoid this unpleasantness altogether, you can install Downworthy, the headline blocker for Chrome.

While one could argue that it's the emotional sentiment and appeal to curiosity that get to us (which is true), the other more technical answer (see Fast Company article) is that social networks have made the spread of such material that much easier. From the way the headlines and other meta data are displayed to the ability (or inability) to play videos from the site directly in the networks ensures that sites like Upworthy drive traffic to their own sites. Traffic from social networks like Facebook and Twitter has risen by 170% over the last year.

In a more cerebral analysis, psychologist (and fellow Sherlockian) Maria Konnikova took a look at "The six things that make stories go viral will amaze, and maybe infuriate, you" in The New Yorker. She included the research of Jonah Berger at the University of Pennsylvania's Wharton School and his most recent book Contagious: Why Things Catch On. The results are illuminating, even if not terribly surprising: positivity, arousal, memory-inducing triggers, and above all, a good story are what cause us to click and share.

But when none other than CNN today blasted out an Upworthy-like headline on its @cnnbrk Twitter channel, people were outraged.

The replies were instant, and media coverage ensued. Mediate chimed in with "CNN Goes Upworthy with Terrible Headline About Dead Girl; You Won’t Believe How Annoyed People Got," and competitor BuzzFeed completely missed the irony in calling them out: "CNN Tweeted An Upworthy-Ish Headline, And It Really Didn’t Go Down That Well On Twitter."

While humans will always love a good story, it's clear that they prefer not to be set up as dullards who require such obvious clickbait to read or watch one. Marketers, media and journalists should pay heed. If you want to attract the lowest common denominator to your sites, such headlines may ensure it.