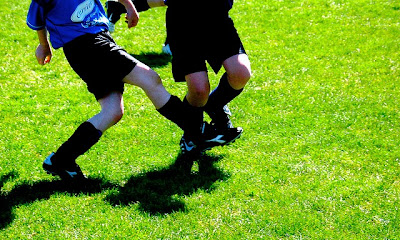 Twitter's IPO pricing, Instagram's first ad, the growth of Google+, who owns the Internet, the company hot on the tail of Facebook, the most important social metrics to large enterprises, measuring the impact of content, teens are finding other social platforms, branded content and the Fair Use Doctrine, Forrester's hit job on Facebook and more, it's This Week in Digital & Social. 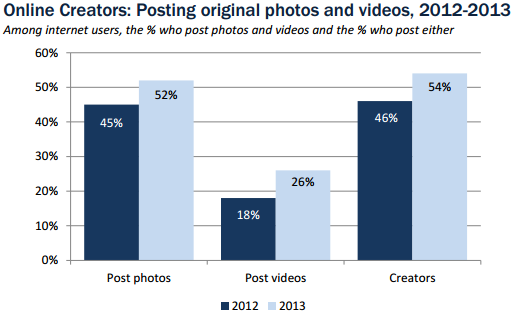 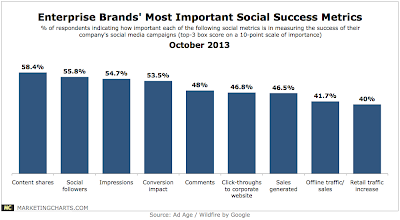 Facebook's surge - in its sales numbers and stock price - over the last quarter has been impressive. But it would seem that it's not seen that way by everyone. Forrester analyst Nate Elliott released a report and An Open Letter to Mark Zuckerberg in which he took the social network leader to task for failing marketers.
At question was the performance of Facebook relative to other marketing metrics.

Now you can see that the deviation between the marketing tactic with the highest satisfaction (ratings & reviews) and lowest satisfaction (Facebook) was all of 0.30 points on a 1-5 point scale (3.54 vs. 3.84) in the survey conducted of 395 marketers. It's been many years since I took an analytics course, but on the face of it, I'd question the conclusions drawn from such a small point spread among so relatively few survey respondents.

Mr. Elliott painted with a broad brush: "while lots of marketers spend lots of money on Facebook today, relatively few find success," without giving any examples of such. And he accused Facebook of "focusing too little" on "driving genuine engagement." I've got news for Mr. Elliott: that's the job of marketers, not of Facebook. Joseph Jaffe agrees with me in his MediaPost piece Facebook Isn't Failing Marketers - Marketers Are Failing Marketers.

Sheryl Sandberg decided to lean in to Elliott with her own response, sharing numbers and statistics that show marketers continue to be satisfied and are spending more money with the social network. And none other than Doug Schoen (of the venerable Penn Schoen Berland) points out the sampling, statistical and analytical foibles in the survey, noting that this is one such survey that has "been used well beyond [its] value and purposes."

But that didn't stop Forrester and Nate Elliott from doing the same thing to Twitter.