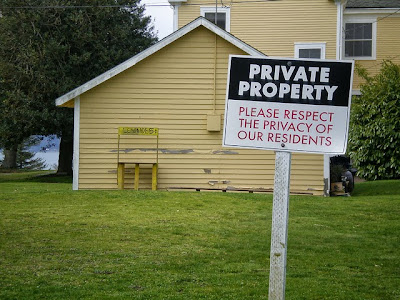 An 800% increase in social media use, the mystery of high cable bills is solved, Twitter goes heavy into television, privacy changes for Facebook and Google - and a surprising partnership between the two behemoths - social media ROI is dead, the demographics behind the major social networks, key skills for anyone looking to succeed in marketing, a lawyer gets the last laugh and more, it's This Week in Digital & Social. 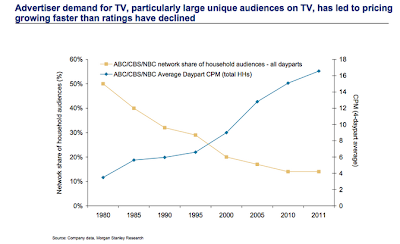 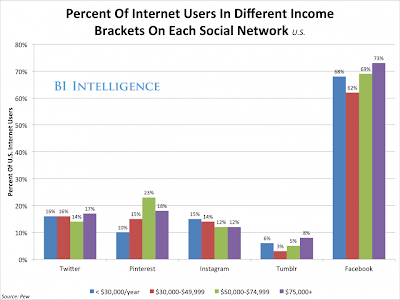 It's almost a given now. Some members of society share (and overshare) so much information on social platforms that they leave little to the imagination. So-called "lifestreaming" was popularized some 6 years ago, but the ubiquity of Facebook, Twitter and the like has made the concept all the easier.

Andy Warhol famously said, "In the future, everyone will have 15 minutes of fame." But with the amount of personal details that we make readily available to the public, the opposite is closer to the truth. And why shouldn't it be? As humans, we all have a need to feel heard and acknowledged. The public sharing and affirmation that come with it would seem to be a natural extension.

However, recent announcements by Facebook and Google (mentioned above) should make users think otherwise. To their credit, both platforms have informed users how to avoid such privacy pitfalls with instructions of how to set up posts or how to opt out. But in reality, how many average users will take the time to not only understand the nuances but also to make the changes to their accounts based on the instructions? Certainly, Facebook and Google are hoping that few will - indeed, their advertising models are based on that.

Marketers should hope for the same, as shared personal information is what makes Facebook so highly targetable and Google ads so human and personal. If large numbers of users defect from these practices or platforms, it may be of concern to marketers.

In an era where "everything that happens in Vegas stays on Google," it's risky to have such a loose grasp on privacy. There may be ramifications much farther down the road that no one has yet foreseen. Then again, if you don't want your online ramblings, rants or antics to be public, perhaps you shouldn't be posting them online in the first place.