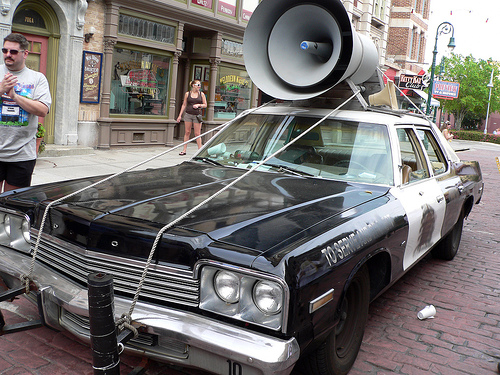 The future of advertising on TV and video is in peril, Canadians love a good deal, Google+ is more popular than Twitter globally, Facebook continues to change, CEOs are sponsoring digital initiatives, BuzzFeed is the media industry's biggest nightmare, the four types of digital marketer, the promoted tweet that set the customer service world on fire and more, it's This Week in Social Media.

If you have additional links, sources or ideas that might be helpful, I'd encourage you to add some via a comment below or tag me in Google+. And if you’re on Flipboard, you can get these links by subscribing to the This Week in Social Media Magazine, which is now available on the Web. 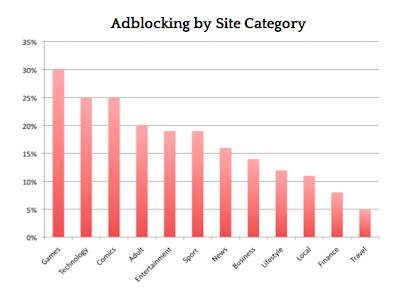 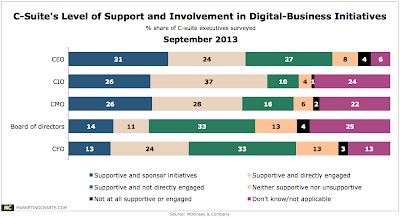 When customers businesses people behave badly.  We're told that the customer is always right, but the rise of social media has given customers a virtual megaphone to share their dissatisfaction, and there are times that we see the abuse of the platforms to strong-arm companies into giving them what they want. That's not to say that companies are completely innocent either.  A recent incident and an unrelated publication got me to thinking about poor behavior - by individuals and by companies. By now you've probably heard about the British Airways passenger (@HVSVN) whose luggage was lost and whose anger only grew when the airline's customer service handle on Twitter told him they were only open 9a - 5p.

@HVSVN Sorry for the delay in responding, our twitter feed is open 0900-1700 GMT. Please DM your baggage ref and we'll look into this. — British Airways (@British_Airways) September 3, 2013

His response was incredulity, but he didn't stop there.

@British_Airways how does a billion dollar corp only have 9-5 social media support for a business that operates 24/7? DM me yourselves. —  (@HVSVN) September 3, 2013

Getting nowhere with the customer service team, he then used the self-serve ad platform on Twitter to create a Promoted Tweet: "Don't fly @BritishAirways. Their customer service is horrendous." That's when the press coverage started. First picked up by Mashable, it was also reported by the Telegraph, Guardian, Independent, Daily Mail, the BBC, NBC, Business Insider, the Consumerist, Time, Salon.com, and many more. And now, after an interview with CNN, he revealed the final engagement numbers for his tweet: over 76,800 impressions on Twitter with an 19% engagement rate, thanks to the $1,000 of his own money spent.

Think about that for a moment: a customer just spent $1,000 to shame a company he did business with. This means that we're about to enter a new era of online engagement and social media. But this really isn't a social media issue; it's an opportunity to take a good hard look at your customer service practices. As I was preparing this commentary, a blog post from Shel Holtz popped up very much along the same lines ("Promoted complaint isn't a sign of a social media problem. It's a customer service problem.").  Interestingly enough Shel and his podcast partner Neville had a really great 10-minute discussion about an HBR article about using social media to help make online behavior more civil. From the article:

It's not a matter of public shaming, but of building in processes that can incent good behavior or stave off bad behavior. In British Airways' case, having better access to customer service channels - yes, even on Twitter - during the hours of operation of their business. Three related books on this topic: Attack of the Customers by Paul Gillin; Nice Companies Finish First by Peter Shankman; and Civility in the Digital Age by Andrea Weckerle. Image credit: Stig Nygaard (Flickr)
Posted by Scott Monty
Labels: digital, news, The Full Monty, trends
at 9:18 PM