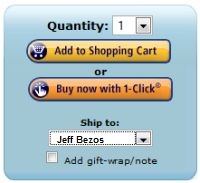 Why Bezos bought the Post, Facebook gets a CMO and starts bumping, time on digital surpasses TV, Facebook ads are undervalued, Vietnam outlaws sharing news on social sites, GE wants to put an end to press releases, the effect of tweets on TV ratings and more, it's This Week in Social Media.

If you have additional links, sources or ideas that might be helpful, I'd encourage you to add some via a comment below or tag me in Google+. 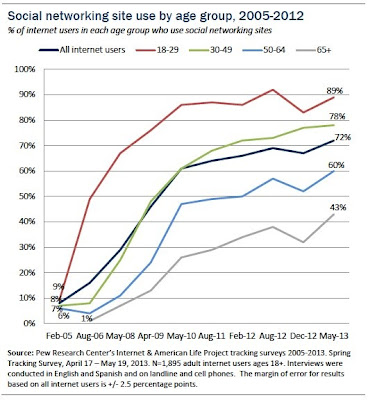 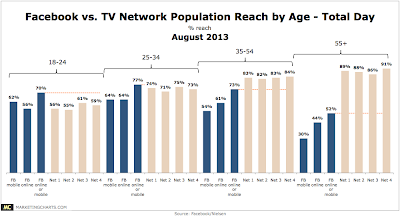 As you're aware, Amazon CEO Jeff Bezos bought the Washington Post earlier this week. Rich individuals or dynasties owning newspapers isn't news; what makes this deal more interesting is that a digital magnate was interested in buying one of the most venerable institutions in the country (and yes, it has a thriving digital presence).

Some speculate that the transaction was to "re-invest in the infrastructure of our public intelligence," while others think it was more of a play for "distribution mechanisms for short-form, timely, and topical content." While the former would be magnanimous, it's more likely that this savvy businessman, who has bucked the trend for so long and who has been relentless at focusing on the importance of content, customer experience and distribution rather than hardware (i.e. books rather than Kindles), is dabbling in an experiment of sorts that will weave smartly into his existing empire.

One thing is for certain: the move has surprised nearly everyone, and it shakes up a town that seems complacent in its snug interrelationship between politicians, lobbyists and the local media. Should they be apprehensive about what happens next? Perhaps not. That might be a feeling reserved for other newspapers. That's not likely the intention behind Bezos's purchase, as he seems very deliberate about his intentions.

Or it may just be that he clicked on it by mistake.
Posted by Scott Monty
Labels: digital, news, The Full Monty, trends
at 8:02 AM