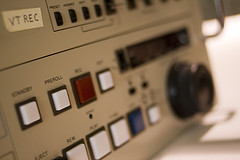 International protests documented on social media, when employees – and customers – go bad, worldwide media spending statistics, the 5 questions that nag social media marketers, why your fans don’t like your Facebook updates, what Bing has in store, video, video, video and more - it's This Week in Social Media.

It's all about video this week. Facebook/Instagram unveiled a significant (to Instagram) improvement of video in addition to still imagery. Twitter already hinted earlier this week that they would be making improvements to Vine, their short-form video sharing app. And Yahoo is acquiring Qwiki, an app that pulls together images, video and sound to create short movies. What are we to make of all of this?

Developers have created a number of good apps for photography and videography. It stands to reason that increasing the features and functionality of existing apps makes more sense than creating yet another app for the same purpose. After all, Yahoo owns Flickr, which has had the ability to upload video for quite some time; and you've always been able to upload video natively to Facebook.

The difference now is creating functionality that specifically serves the need of a more visually-oriented society. If anything, our communications and marketing skillset is being challenged by more visual media. It's not enough to just write well; you have to be able to tell that story with images or video. And here's why the improvement to Instagram and the like matter: http://instagram.com/p/ay7kS_Dk7B/

The difference between traditional video and the new apps. #InstagramVideo by @scottmonty

We're all going to need to fine tune our skills and hone them more to visual storytelling. These tools leave us with fewer excuses for adapting. Are you ready?