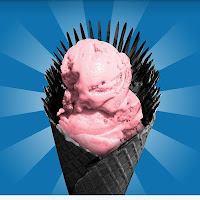 #GameofCones is coming. And our prediction is that it's going to be huge.

Already a pop culture phenomenon, HBO's Game of Thrones has been a runaway success online, with more memes than you can swing a sword at and online conversations (particularly on Twitter) that accompany or follow episodes.

But the latest iteration is pure genius on the part of HBO and Foursquare. In what looks to be a collaboration between the entertainment outlet and the most popular of check-in apps, the program is called "Game of Cones" and it is set to pit the east coast against the west coast, akin to the struggles between the Seven Kingdoms of Westeros on the show.

Well before we learn that, let's see how the effort works.

First, you must choose a side to take - New York or San Francisco. Here's how they are described.
First, New York:


It will span multiple boroughs — from the western boundaries of lower Manhattan through the mythical Greenwich Village and over to the east. The struggle, some say, will sweep across the River into Brooklyn and the faraway kingdoms of Greenpoint, Boerum Hill, and even Prospect Heights.


It will span the entirety of the Bay Area — from the western shores to the Golden Gate Bridge, from Nob Hill down to the Mission. The struggle, some say, will sweep across the bay from Fisherman's Wharf to Alcatraz and the faraway kingdoms of Oakland, and back down into Sunset Park, the Castro, and (shudder) the Tenderloin. Beware what lies beyond Market Street...


Between June 7 and June 21, users check in at select ice cream shops in New York and San Francisco and include the hashtag "#GameofCones".  The ice cream shop with the most check-ins will win the coveted Iron Cone. But what exactly is the Iron Cone? No word on that beyond the bragging rights of having beaten the other shops. We'll have to stay tuned.

Here you can see the rankings of each, as well as the ice cream shops' badges as they are referred to as "Houses" in Game of Thrones parlance. 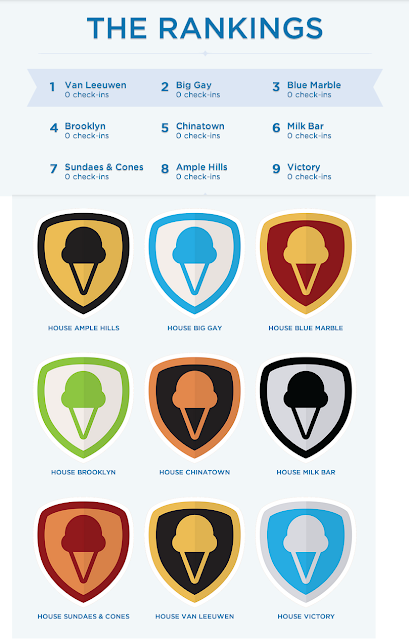 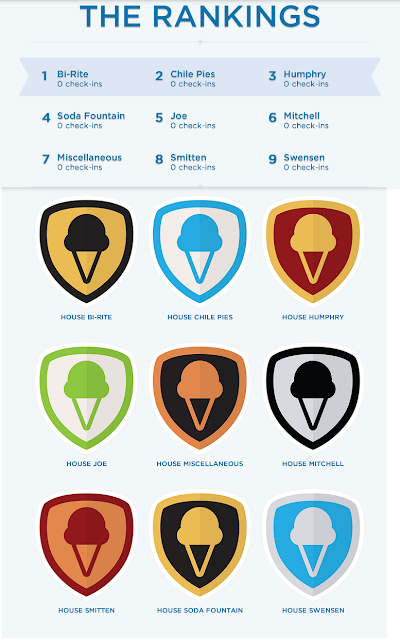 The entire program is being chronicled under the #SummerIsComing hashtag, in preparation for the event, akin to the "Winter is Coming" promotion for Season 3.

Between our natural love for ice cream and exploring city neighborhoods in the warm weather, not to mention the amazing fanbase of the hit show, HBO and Foursquare have a winner on their hands as far as we can tell. And hopefully the real winners will be the local businesses.

What do you think of this program? Will you be doing some #GameofCones check-ins of your own? More at http://gameofcones.foursquare.com.