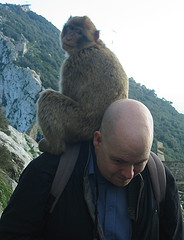 Each week, I compose a newsletter that includes a series of links about current events and trends in the worlds of technology, social media, mobile, communications and marketing in order to keep our wider team up to date on changes, newsworthy items and content that might be useful in their jobs. These are those links.

Yahoo gets with the program, Google makes some major overhauls, Nutella goes nuts on a fan, teens know how to use privacy settings (and Twitter!), why we can't embrace the truth about online video and more - it's This Week in Social Media. 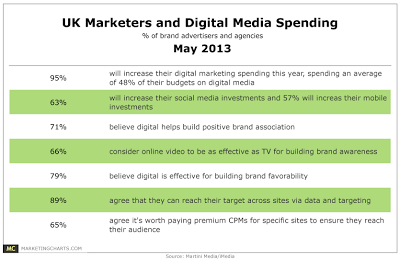 Humans can be pretty slow sometimes. We have the answers staring us in the face, yet we refuse to take action. David Maister made this point in his book Strategy and the Fat Smoker; Doing What's Obvious But Not Easy [disclosure: affiliate link]. The point is that you know what you should be doing, but somehow, you can't do it - because of distractions, a sense of comfort in the familiar, or short-term temptations.

I was reminded about this when I saw a couple of articles this week. In one, eMarketer picked some numbers from a Brightroll survey that indicated advertising agency executives think online video ads are equally as or more effective than television ads at reaching audiences. They even went so far as to indicate they expect to see as much as 25% growth in this area (the largest growth rate of any advertising tactic).

Similarly, the 2013 Social Media Marketing Report (referenced above) noted that for the third consecutive year, YouTube is the channel where most marketers plan to increase their spending. In the previous two respective years, 76% and 77% planned to increase their YouTube efforts. "Great!" I hear you say, "It's a consistent concerted effort."

Marketers continue to pay the price of advertising on the almighty platform known as television - a medium that has only estimates on a good day and questionable metrics overall. We acknowledge that online video may be more effective and yet at the same time, we refuse to completely embrace it. What will it take to get the monkey off our backs?