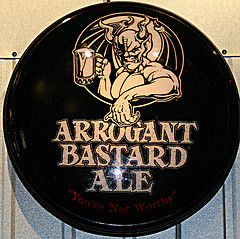 Each week, I compose a newsletter that includes a series of links about current events and trends in the worlds of technology, social media, mobile, communications and marketing in order to keep our wider team up to date on changes, newsworthy items and content that might be useful in their jobs. These are those links.

Global platform growth, the expanding role of video, social network acquisition rumors, data plays by two of the majors, chefs behaving badly and more - it's This Week in Social Media.

If you don’t want to hear negative feedback about your product or service, you probably shouldn’t be on the Internet. Amy’s Baking Company, an Arizona business, learned the hard way this week that fighting back, name calling, profanity and poor customer service do not mix, online or offline.

Without going into too much detail, the business owners had what Buzzfeed called “The Most Epic Meltdown on Facebook Ever.” And while Buzzfeed does tend to have sensational headlines at times, this was perfectly accurate. It was precipitated by the owners appearing on a reality show called “Kitchen Nightmares,” so you can imagine how fitting it was that the host of the show, Gordon Ramsey, simply had to give up on the chef/owner. Watch the video of the show to see the completely inappropriate behavior of the pair.

This isn’t the first time the chef has gotten herself into hot water. In 2010, after a negative review was posted on Yelp, she took the diner to task in a reply on Yelp, calling him a loser and a moron and saying that she makes the best pizza. That post earned her the scorn of a number of Yelpers, and now that it has been resurrected along with the Facebook meltdown, Yelp has continued to completely demolish the establishment’s reputation, as the business now has over 1,000 reviews and a 1 ½ star rating. Even Reddit has piled on.

This entire episode is an example of how not to act online. While instigators can get the best of you, it’s important to take time to remove yourself from an emotional situation, determine if a response it really necessary, and to make a frank assessment of what you can do to improve your product or service. Those with a thin skin will not do well online, nor in a service industry. Self-awareness, reflection and a willingness to improve are absolutely critical to success.

And while the owners of Amy’s clearly do not understand how the Internet works, I have to applaud them for the consistency of their brand. Whether you encounter Amy and Samy online or at their restaurant, they’re rude (and always right, of course), dismissive, arrogant and they shout, insult patrons, swear and threaten to involve the authorities.