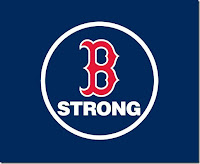 
If you have additional links, sources or ideas that might be helpful, I'd encourage you to add some via a comment below or tag me in Google+. And if you’re on Flipboard, you can get these links in my new This Week in Social Media Magazine.
This week, I've expanded the sections a bit to include a section on content and content marketing. While it gets plenty of play as a buzzword, there's actually much more to this area of the industry, and I thought it deserved its own section.

The role of social media in Boston's response: some of the mainstream media gleefully pointed out how sites like Twitter and Reddit got it wrong. Then again, so did CNN. Overall, there's a sense of perspective that social media can be helpful as well as misleading in an environment in which we're all watching the news unfold in front of us.

And we were indeed following along. A report out by the Pew Research Center indicates that 63% of Americans say they followed the story very closely, among the highest interest in any news story in the past decade. This compares to 78% that were following the 9/11 story in the weeks following that disaster. Of course, the way we were following the story was much different: some 80% got the news from TV, but about half got their information online or on a mobile device, with one quarter of them looking at social networks. There's no indication as to whether online/mobile overlap with social networks, but it's interesting to see how heavily we relied on non-traditional media this time.


NOTE: If you'd like a hat with the "B Strong" logo, the proceeds will support The One Fund, established to help the people most affected by the tragic events that occurred on April 15. You can order the hat directly here.
--