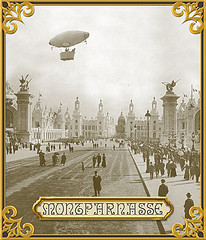 The online world tends to isolate us from other people. The absolute or relative anonymity has fostered a sense of freedom from consequences, which itself can result in displays of behavior that, if displayed in real life, would frankly lead to you getting punched in the nose. In fact, recent surveys show that online disagreements have led to as many as 1 in 5 people blocking or unfriending someone whom they know in real life.

Whether it's an individual dealing with online bullying or brands that deal with grandstanding customers who harass them with hours-old Twitter accounts, we're seeing a breakdown of common decency and politeness. It can be likened to the crowd mentality at any large public event, where people think they can more easily get away with certain activity because of the anonymity of crowds.

Two books have hit the market recently that draw a line in the sand, saying "Enough, already!" The first is Nice Companies Finish First: Why Cutthroat Management is Over--and Collaboration Is In by Peter Shankman. Peter has lots of great experiences with brands doing nice things and even wanted to include Ford's own Alan Mulally in his book. The other is Civility in the Digital Age: How Companies and People Can Triumph Over Haters, Trolls, Bullies and Other Jerks by Andrea Weckerle, founder of CiviliNation. Andrea was recently interviewed as part of the FIR Book Club series, where she discusses what led her to write the book and found the nonprofit organization. [Book links disclosure: cmp.ly/5]

Just as school bullying is getting a good deal of attention, it's important to understand that we need to be equally as vigilant and united in trying to reduce or stop this kind of behavior online. We're all responsible for fostering a better online community.